Hebbal coming up as residential realty hotspot in Bangalore 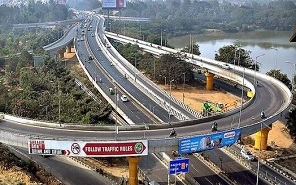 Hebbal has transformed rapidly into one of Bangalore’s biggest-growing residential real estate hotspots. Rapid growth of social infrastructure and excellent connectivity options are major plus points behind the development of the locality.

Several new residential real estate localities have transformed into major urban hotspots in Bangalore and quite a few of them are situated in North Bangalore. Hebbal, of course, is one of the most attractive residential realty markets that are catering to a wider spectrum of buyers. Hebbal was always well-known for its beautiful and pristine Hebbal Lake.

Hebbal has witnessed major growth for its residential real estate market after the development of the Bangalore International Airport near it at Devanahalli which started operating in the year 2008. The big reason for this is that major roads and arterial roads going to the airport intersect at Hebbal. There are several IT Parks located in the area and the Ring Road links the area to the IT corridor, thereby making it a prime residential market now in terms of overall connectivity and access to the airport.

Hebbal is located near the Bangalore International Airport as mentioned and is also located in proximity to the Central Business District and MG Road via several flyovers connecting to the Bellary Road and Outer Ring Road. Hebbal will also witness a major connectivity spurt after the Namma Metro Second Phase gets operational in the near future. The proposed metro railway network from the Kempegowda International Airport to Nagawara is expected to be tweaked in order to pass through Hebbal. This realignment is being taken into account by the Bangalore Metro Rail Corporation Limited and the State Government on account of the Bangalore-Mangalore petroleum pipeline that passes through the route proposed originally.

The new proposal indicates that the metro railway line will run from Nagawara station through the Outer Ring Road to Hebbal and then from Ballari Main Road till Jakkur Flying School. Post the proposal getting approval, a new metro station will be developed at Hebbal and this will naturally give a major boost to the residential realty market in the area. BMTC bus networks are active in the area along with other public transportation facilities. Hebbal also has its own tiny railway station.

Traffic congestion will also be resolved along the important Outer Ring Road which runs near Hebbal with a new flyover. Several junctions will be decongested including Veerannapalya, Nagawara and Hebbal. The Embassy Group has already received approval for construction of this flyover and the entire project will merge the Nagawara Junction and Veerannapalya Junction flyovers with support structures and thereafter, new entry and exit ramps towards the Manyata Tech Park from this single flyover. Two existing flyovers in the single direction towards Hebbal from KR Puram will be fused together and ramps will take employees directly to the Manyata Tech Park minus any signals.

Hebbal has several prime offices along with Grade A commercial zones. The Manyata Tech Park is the biggest IT Park here and is home to several big-ticket companies and there is also Brigade Magnum, Kirloskar Business Park and Bhartiya City among other major IT hubs.

Here’s taking a look at the same:

The future looks bright for Hebbal

There are several mid-range, premium, luxury and ultra-luxury residential projects in Hebbal with top class amenities and other facilities. 2 and 3 BHK apartments are also available with several 4 BHK units being available as well. There are some villa projects as well. With the completion of the metro network and flyover, Hebbal’s connectivity quotient will receive a mega boost and this will naturally ensure handsome capital appreciation for buyers and investors. It will also scale up demand for residential and commercial spaces in the area.

Resident Editor
« Future of Proptech: The Next Billion-dollar Opportunities
A guide to FEMA regulations for NRI property buyers »