Homeowners start pitching in for completion of stagnant and incomplete projects 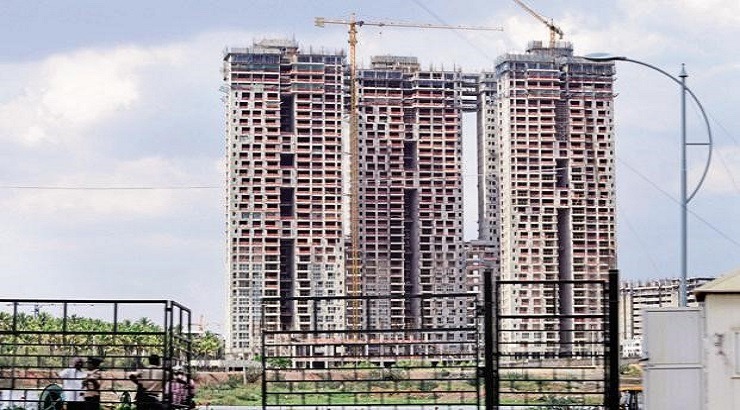 Quoting from Kaviguru Rabindranath Tagore’s famous ballad Jodi tor dak shune keu na ashey tobe ekla cholo re, it is pertinent to state that going solo or taking matters into one’s hands is often a great solution when nothing else seems to be working out. Several homebuyers in India seem to have taken this to heart as reports indicate that they are pitching in together for completion of unfinished and stagnant projects abandoned by their real estate developers.

While this is heartening to say the least, it suffices to say that a new band of IT professionals, chartered or cost accountants, finance and legal professionals, government sector executives and people from almost all walks of life are now having to navigate tricky terrains which were wholly uncharted earlier.

Why are homeowners pitching in for project completion?

The real estate market was dealt a double blow earlier through demonetization and GST while RERA also ensured higher buyer accountability. While these moves have proved positive for the Indian real estate sector and helped it recover steadily, they have also dealt a body blow to unorganized and non-compliant market players. These are developers who are now dealing with gross fund mismanagement, incomplete projects and other regulatory issues.

As a result, several projects are still lying incomplete across the country and in most cases, developers have either backed out or are not in a position to complete the same on account of weak liquidity overall. This is why several homeowners are forming associations and joining hands to complete these projects and finally get their homes delivered err all by themselves! Nothing could be a better example for unity in diversity which is the hallmark of our country.

These homeowners are now having to navigate through several nuances of the real estate industry which they were unaware of earlier. In fact, many of them joke about turning full-fledged real estate professionals in the future since they’ve already absorbed a fair bit of industry knowledge about construction and development. There are many people who could never have fathomed that they would be required to step into their developer’s shoes and get their own homes completed.

Several people have come together after paying hefty down payments for apartments which have not been completed till now. They are now having to coordinate with and supervise labourers, purchase construction material, get into compliance, permissions and regulatory aspects while also working with architects, contractors, taxation specialists and planning agencies. They are even having to go through court hearings and legal procedures in a few cases. These are projects where developers have either filed for bankruptcy, abandoned projects mid-way or are not being able to complete the same for lack of funds.

Here are some facts worth pondering over:

What affected homebuyers are now doing

Several affected parties are now coming up with the only foreseeable solution towards getting their homes completed- doing it themselves. Many have formed associations or bodies comprising of 200-300 members or even more for finishing real estate projects which are in various construction stages. Several people are also focusing on distributing time and energy on supervision and other activities to get housing projects completed which is also eating into their overall work-life balance and even professional lives.

Some homebuyers are also lending funds to real estate developers in order to complete the remaining stages of projects. Some buyer associations at incomplete projects have also been getting approval from State regulators for handovers of these projects to them for completion post builders abandoning the same or simply running out of funds. Developers are also unable to raise more funds since most prospective buyers are now anxious about paying high deposits. Debt repayments for real estate developers stands at approximately $18.5 billion on an annual basis as per experts while several financial institutions have also hiked loan interest rates for the realty sector.

Realty and other associated industries have accounted for the biggest chunk of cases that have been witnessed in the entire bankruptcy resolution scene in the country. 235 companies are already under this framework for resolution as per reports. Some beleaguered real estate developers are trying to assist enterprising homebuyers with industry knowledge, procedural formalities and other expert advice. There are collaborations being seen in case of some incomplete projects between the developer and homebuyers to finish the same. Buyers are funding the completion likewise. Homebuyers reiterate that they have to finish these projects since they have not just investments and practical concerns pinned to their in-progress apartments but also future dreams and hopes.

Of course, where there’s a will, there’s a way. It’s just that several homebuyers have learnt it the hard way! Yet, kudos to their spirit. With the Indian realty sector having picked up in recent times with pro-active Government initiatives, their investments should certainly bear fruit in times to come.

Resident Editor
« Real estate sales and social media- does it really work?
Why Virar merits attention as an affordable housing option in Mumbai »