How has Indian real estate done in 2019? Hereâ€™s taking a brief look 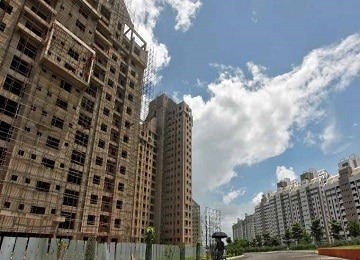 2019 has been a vital year for Indian real estate without a doubt. This has been a year when the market has recovered slowly but steadily. In spite of another hurdle this year in the form of the NBFC crisis and the subsequent liquidity crunch, Indian real estate still has a few reasons to smile courtesy major Government measures including the announcement of a stress fund for completion of pending projects, additional tax benefits for affordable housing loans and of course, lower GST rates and other budgetary measures.

The fact that home loan interest rates are at their lowest levels will also help real estate developers sell more units in the coming year as per forecasts. 2019 was certainly plagued by the NBFC crisis and the slower sales recovery. Yet, the launch of the very first Real Estate Investment Trust or REIT in the country and its eventual success has definitely created a foundation for garnering higher investments. The housing sector has also received some much-needed relief from Government sops.

Key market trends worth noting for 2019

The year 2019 witnessed the success stories of branded real estate developers. Branded and organized realty players gained higher market share with several listed players doing fabulously in terms of growth in sales volumes and revenues. As per reports, Sales values of housing units in case of the top 9 listed real estate players in the country touched a handsome Rs. 108 billion for Q2 and Q3 of 2019 which indicates 5% quarter-on-quarter growth as well. For the residential housing segment, approximately 2.3 lakh new units were launched in the countryâ€™s top 7 cities and close to 40% or around 92,000 units fell in the affordable housing category. This was followed by the mid-income housing category that accounted for 33% of this tally of new launches. 10% was contributed by the luxury and ultra-luxury housing categories which comprises of roughly 23,000 new launches.

Growth of 4-5% was achieved by the residential housing segment in 2019 with sales volumes of 2.58 lakh housing units overall. New launches for the year grew by around 18-20% to touch 2.3 lakh units as mentioned earlier. As per industry sources, the measures taken by the Central Government will go a long way towards boosting the sector in the near future, particularly in the affordable housing segment.

The Government announced major decisions for spurring growth in the sector. In the Union Budget for FY2019-20, the Central Government confirmed an extra deduction up to Rs. 1.5 lakh for the interest that will be payable on loans taken till the 31st of March, 2020. This will be applicable for buying homes priced within Rs. 45 lakh. A cut in GST rates was announced where under-construction units would attract 5% GST and 1% would be the GST rate for affordable housing units. The Government has also established an AIF (alternative investment fund) for stalled housing projects which is worth a whopping Rs. 25,000 crore. The Government also issued its approval for the partial credit guarantee scheme, enabling purchases of BBB+ or higher-rated assets from NBFCs and HFCs (housing finance companies).

Market trends in other industry segments

Commercial real estate continues to be on a roll in the Indian realty space and should rub off positively on residential segments going forward. Office leasing went up by a whopping 30% (year-on-year) to surpass a handsome 47 million sq. ft. in Q1, Q2 and Q3 for the year. Leasing touched 15.4 million sq. ft. approximately in the third quarter which indicates close to 23% of growth (year-on-year) as per reports. Commercial office space was the most coveted real estate asset segment last year followed by the retail space and warehousing categories as per experts.

2020 should witness further growth in the commercial real estate space, led by the momentum in the office space category and followed closely by warehousing and retail as per industry experts. Commercial real estate garnered a whopping $3 billion in PE funding for the first three quarters of last year, indicating 43% of year-on-year growth. The Embassy REIT launch opened up a new investment class in India with the price of a single unit in the REIT touching Rs. 462 in comparison to Rs. 300 which was its launch price. This indicates growth of a sky-rocketing 50% and should pave the way for future REITs which would aid growth and recovery of the sector.

The logistics category witnessed growth in leasing activity by close to 31%, surpassing 13 million sq. ft. in the first half of the calendar year 2019. Multiple infrastructural measures and pro-active reforms in vital policies have given a major boost to this category and it will draw high investments in the near future as per industry experts. 2020 should witness the sector touching 60 million sq. ft. with top players contributing in excess of 20 million sq. ft. of new supply as per reports.

In 2020, the Indian real estate segments, particularly residential and commercial spaces, will benefit from the sustained impact of disciplined policy measures and regulations along with more accountability, transparency and higher investments. The balance between supply and demand will improve along with higher momentum due to economic recovery as per experts. The special opportunity fund of the Government will improve buying sentiments through faster completion of stalled projects as well.

With the partial credit guarantee scheme being approved for HFCs and NBFCs, the real estate sector will witness improved liquidity and cash flows. Additionally, the continued thrust on affordable and mid-income housing will lead to higher sales figures, aided by low rates of interest on home loans and Government sops. In this context, while commercial real estate should continue its boom in 2020, the residential space will definitely be in recovery mode albeit at a faster pace than what was witnessed in 2019.