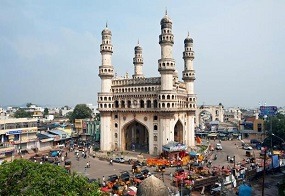 Hyderabad’s real estate market is continuing its march towards prosperity and progress in a steady manner. Experts forecast that things should get even better in the next few months.

Hyderabad is seeing a huge boost in the real estate segment and the number of residential units in the city has increased by 47% in the first quarter of 2019 with the total number coming to 5430 units. Around the same time last year, the numbers were 3706 only. Property prices also increased by 9%, with an average of Rs 4373 when in other cities, the prices had been declining in spite of inflation. The maximum number of sales had occurred in the western part of the city like Madhapur and Kokapet with these regions accounting for about 63% of the total sales. Nevertheless, the numbers are still somewhat lower than the northern parts of the city like Kompally, Alwal, and Qutbullapur as compared to last year.

The reason for this growth is a stable political climate and access to good infrastructure and over 200 properties are awaiting environmental clearance. However, there are some issues with regards to RERA or the Real Estate Development Authority and there has also been some confusion with regards to GST implementation. As soon as these issues are resolved, the industry is expected to see further growth.

According to experts, the total number of residential units sold in Hyderabad was 8334 in the first half of 2019 as compared to 15,591 units in the entire 2018. The demand likewise, is mostly for units that are priced between Rs 25 lakhs and Rs 75 lakhs and in case of luxury property, for units ranging around Rs 2 crore. The percentage of unsold inventory has dropped to 67%.

The new launches are taking place around the regions of Kokapet, Yapral, Bandlaguda and Shadnagar among others and the preference is for ready to move units or those that will be completed in the next six months. There is also a preference for units that are situated close to employment hubs or financial hubs like Madhapur, Gachibowli and Kondapur which already boast of steady infrastructure.

The prices however, could also be pushed up further due to a mismatch that has been created due to the demand and supply. Along with residential units, there has also been a rise for the demand for office space and 129% increase has been noticed with 3.97 million sq feet being already developed, which is a rise of 1.73 million sq feet from last year.

Some other aspects worth noting

Likewise, the state authorities are also extremely elated with this rise because the revenue is slated to be increase by 10,000 crore this year from the earnings that come through property registration. There is no significant reason of this sudden boom because as of now no major roads or no major city projects have come up. The number of transactions have gone up significantly and this is also attributed to the fact that a reverse migration phenomenon has been perceived in the city which has led to a growth of the city population, which in turn has fueled the demand for more housing. There was a time when the Amaravari Capital City had seen a huge popularity, and middle income families had moved there, but it seems like people are coming back again to Hyderabad, with the numbers going to increase even more in the coming months. Banks and financial institutions are also financing bigger projects in the city and for those who are ready to upgrade their homes or are aspiring for a better lifestyle, this is the perfect opportunity to invest in Hyderabad.