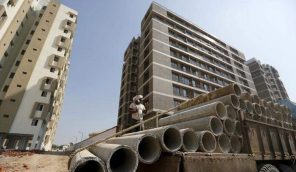 The biggest democratic exercise in the world has just been concluded and the results declared. If you’re thinking what this is, it’s a no-brainer really! The Indian Elections of course! The Lok Sabha elections have concluded and the Narendra Modi led National Democratic Alliance (NDA) Government has been re-elected to the corridors of power with a big majority. Industry experts feel that that this may well be a boon for the Indian real estate sector in terms of paving way for future growth.

Why the election results could boost the realty market

Experts feel that the re-election of the Narendra Modi Government with a big majority may lead to further reforms and policies that will impact the residential and commercial real estate sectors positively. Here are some of the key aspects worth noting in this regard:

What the industry expects

Recent growth measures that have positively impacted the sector

As can be seen, the results of the recently concluded Elections hold promise for the Indian real estate sector which is banking on continuity and stability to drive through several other reforms that will eventually boost the sector in times to come.

Resident Editor
« Vastu tips to follow while moving into your new apartment
How much of your salary should you spend on rent? »

Square Yards Phases Out Bling Events to Overtake Events and…

Tired of working from home? Want to get back to…