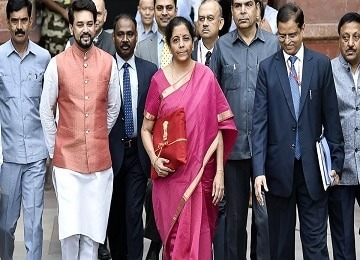 The Central Government has been looking to revive the Indian real estate sector on a war footing over the last couple of years. With the sector contributing hugely to economic growth and job creation, the Government has taken several positive measures with regard to reviving investor and buyer confidence in the sector while easing out the liquidity crunch for developers. Recent measures include the AIF (alternate investment fund) of Rs. 25,000 crore for enabling completion of innumerable stalled housing projects in the affordable and mid-range categories and also specific initiatives to ensure better credit flow to the sector.

The industry has reacted positively to these measures including some taken a while back including the cut in GST rates, additional tax benefits up to Rs. 3.5 lakh for affordable housing loans, PMAY (Pradhan Mantri Awas Yojana) incentives for affordable housing, infrastructure status for affordable housing, second home benefits including capital gains exemption up to Rs. 2 crore for two homes and increase in the TDS threshold to Rs. 2.4 lakh from Rs. 1.8 lakh on rental income. In another positive move, the Government has previously done away with notional assumption of rental income on a self-occupied second home for taxation purposes. These are some of the many measures that have been slowly but steadily shoring up the Indian real estate sector in recent years but a lot more needs to be done.

This is where the real estate industry now expects several pro-active steps in the Union Budget for 2020 which is on the anvil. Here’s looking at several key measures that may be implemented while also gauging the mood of the industry in general.

What the industry feels and the current scenario 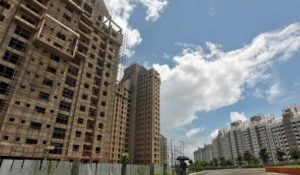 Boosted by numerous Government measures for Indian real estate, the industry is currently feeling more optimistic about the future prospects of the sector ahead of the Union Budget for 2020-21. However, in spite of their expectations about a revival of the sector, developers still advocate for more measures in the Union Budget to ease the liquidity crunch. Some experts feel that Government measures may help the sector grow by approximately 11-12% over the next 6-8 months.

The industry expects that funds will now be deployed for ensuring priority debt financing for completing housing projects which are stalled or lying incomplete. Additionally, this will create more jobs across several categories. Some measures to spur higher demand will also be expected from the Government this year. Real estate prices are expected to however move downwards driven by the growing tendency of developers to keep unit sizes more affordable and also due to high unsold inventory levels and sluggish demand from consumers. Yet, commercial real estate will continue witnessing sky-rocketing demand and price growth.

Experts feel that unsold inventory in the housing sector will be absorbed faster this year due to steadily reviving demand while co-living and co-working spaces will witness more momentum along with commercial real estate, retail and warehousing. They also feel that the sector will witness a steady recovery in major hubs like Bangalore, Mumbai and NCR while Hyderabad may remain steady along with Pune and Ahmedabad.

Key expectations of real estate chambers from the budget 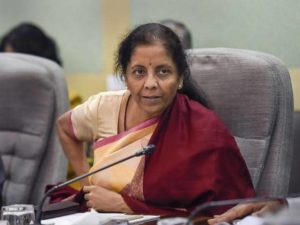 With Union Finance Minister Nirmala Sitharaman preparing to present the Union Budget 2020-21 in February, several real chambers have sought some definitive reforms in order to boost growth in the sector. Here’s looking at a few key points in this regard:

Will there be income and capital gains tax cuts? 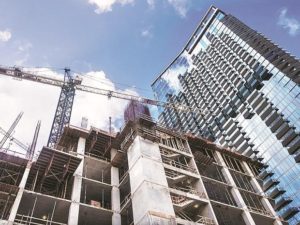 There are many other expectations that the industry has about relief measures in the upcoming Union Budget 2020-21. There are high expectations of a cut in personal income tax rates and long-term capital gains from equity investments alike. These measures may be taken for spurring growth of the economy and will indirectly benefit the real estate sector as per industry experts.

The Government is currently debating on offering more assistance to beleaguered financial players and also on an increase in import duties for enhancing private investments and local manufacturing. It is discussing a revision in income tax rates for ensuring more money in the hands of consumers. Many industry groups have been requesting the Government for a cut in personal income tax rates for boosting economic growth and demand. Corporate tax rates have already been slashed to 15% and 22% for new manufacturers and existing companies earlier in2 019. The Union Finance Minister has promised a budget that will seek to drive further growth and this has raised expectations of an income tax rate cut.

Several proposals have also come in for relaxation of the long-term capital gains taxes on stock market investments for drawing more investors. A complete removal of the tax has also been suggested. Import duties on some items may also be changed for enhancing domestic manufacturing. Industry groups have also been urging the withdrawal of the LTCG for enhancing retail investments in shares and mutual funds. Higher disposable income of the masses from lower tax rates and LTCG may lead to better consumption and demand for goods and services including real estate as per reports.

The PHD Chamber of Commerce and Industry has already recommenced total exemption of income tax for income lower than Rs. 5 lakh. It has also asked the Government to lower DDT (Dividend Distribution Tax) to 15% while fixing LTCG at 0% on shares after 3 years. The Government has been requested for implementation of the new tax slabs proposed by its Task Force on New Direct Tax Legislation. Full tax exemption on income up to Rs. 5 lakh will naturally put more money in the hands of prospective buyers of affordable and mid-income housing units, thereby boosting the sector tremendously in the long run as opined by experts.

Key aspects being debated by the industry 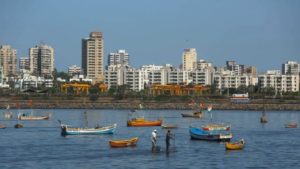 The Indian real estate industry is already debating on a few aspects and is expecting the Government to take action on the same. Firstly, there is the issue of shortage of housing which needs to be resolved. The PHD Chamber of Commerce and Industry has already suggested that the Government should lift the restrictions that have been imposed on investing sales proceeds in acquisition of two residential properties. It has also suggested exemption of capital gains taxes in case sales proceeds are investing in building housing stock without limiting the number of units in case of HUFs, individuals and corporates alike. 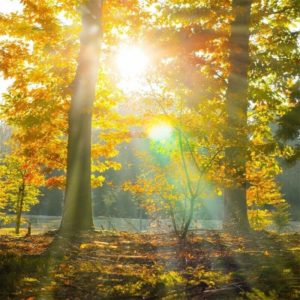 Here are a few other things that are being expected from the Union Budget:

What else is the industry expecting from the Budget?

Several homebuyers, developers and taxpayers expect the Government to fully restore the income tax benefits on second homes which will be a major boost for the sector. Until the 2016-17 financial year, losses from house property in case of property that was let out or deemed let out, could be offset against other income heads. This encouraged second home purchases with home loans.

In the first few years when costs of interest for loans are on the higher side, individuals will have saved taxes not just on rental income but other incomes by offsetting whole losses from property against the other incomes. This was limited to Rs. 2 lakh by the Union Budget for 2018. However, the restoration of the benefit in the upcoming Budget will benefit those letting out second homes. However, it may be noted that in case the second property is not rented out then the owner cannot claim this benefit. This amendment could be reconsidered by the Finance Minister and the off-set limit could be scaled up or the provision could be done away with in entirety.

Tax benefits for purchases of second homes can help in boosting sales of housing units. This will revive purchase sentiments for investors and enable real estate developers to unlock unsold inventory. This will help in meeting the Housing for All by 2022 mission of the Government while it would help many families looking to buy second homes for accommodating their growing families. Tax benefits on second home purchases may be combined with the Model Tenancy Act for drawing more investors to the segment.

Some other major expectations

Infrastructure companies also have expectations from the 2020-21 Union Budget

Infrastructure companies have urged more funding channels from the Central Government for affordable housing projects and other real estate segments. They have stated that funds allocated to these segments in the Budget will definitely spur higher consumption of steel and cement in turn.

They have recommended a captive renewable energy policy for projects along with exemptions from cross-subsidies and charges of transmission. These companies have also asked for the swift release of pending funds meant for the infrastructure space for reviving investor sentiments and boosting the economy.

The core take-away- Hoping for a brighter future

In a nutshell, it remains to be seen which of these recommendations ultimately find a place in the upcoming Union Budget 2020-21. The Central Government has been doing its best to revive the sector with several measures but it is clear that more needs to be done. From lowering raw material costs and tax cuts to second home and rental housing incentives, there are various ways through which demand can be revived once again in the Indian real estate industry.

One hopes that the Union Budget 2020-21 comes up with a favorable raft of measures for stimulating real estate demand, spurring higher sales and providing much-needed relief to developers amidst the liquidity squeeze.

Rahul Mishra
« The future of real estate depends heavily on sustainability and technology
Does $5 billion in PE investments and a robust South Indian market point at a healthier 2020 for Indian real estate? »

Nava Bengaluru may widen realty market of Garden City plus…