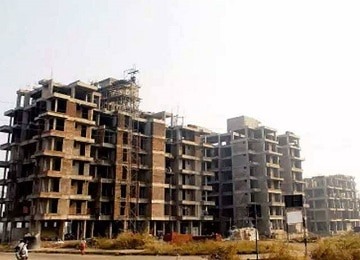 The Indian real estate market, which has been faced with a liquidity crunch over the last few years, is expected to get a slight boost on account of pro-active Government initiatives. Sales figures and interest in the real estate sector have already revived over the last couple of years with the Government’s measures like a cut in GST rates, higher tax sops, interest subsidies and other incentives for affordable housing and the establishment of a real estate regulatory authority (RERA) for increasing accountability of developers and safeguarding customers.

The liquidity crunch arose for the sector when there were multiple defaults on debt owed to leading NBFCs (non-banking finance companies) in the country, who are still recovering from the same. As a result, funding dried up for the sector, leading to several stalled projects, particularly in the residential space. However, recent Government initiatives and positive action on the ground may lend a major helping hand to the sector in the near future as per reports.

Will there be a slight improvement in the Indian real estate market?

The housing market in the country has been battling piled-up inventory for a long time now and once it is being cleared off due to higher sales figures, developers are grappling with a huge volume of stalled or incomplete projects across the country. These projects are stuck due to the liquidity crunch in the sector for developers who are unable to raise ample funds to finish pending projects. Yet, there should be a slight rebound for the Indian real estate sector in the near future based on the positive measures unveiled by the Government for fixing these issues.

The Central Government has already issued its approval for an infusion of $1.4 billion or approximately 100 billion Indian rupees as a stress fund for clearing out projects which are stalled or incomplete in the country. There will be an additional 150 billion rupees garnered from state-run financial players. The Government has stated that this stress fund will be enabling the revival of 1,600 stalled housing ventures in India or even more. There are questions on whether this fund will be enough for clearing stalled projects although it is definitely a positive start. The funds which have been approved by the Government, will also play a vital role in providing relief to thousands or even lakhs of buyers who have bought units in stalled/incomplete housing projects.

Several industry experts believe that this stress fund will be enough for giving a major leg-up to real estate demand in the country. Most experts also believe that activity in the housing market was expected to go up in 2020 instead of remaining sluggish. Average housing prices throughout the country are forecasted to grow by approximately 3% in 2020 while they may increase by 4.3% in the year 2021 as per reports. This will be more than earlier forecasts of 2% price growth in 2020 and 3.5% of growth in 2021 respectively.

These are positive predictions for the housing sector although the rebound process may still take a little time. Price growth was high up in the double digits earlier for Indian real estate prior to demonetization of high-value currency notes in the year 2016. The Indian realty sector, while improving steadily on the back of several Government measures, has still been grappling with the liquidity crunch over the last couple of years since NBFCs have now restricted lending. Additionally, demonetization has impacted the sector since cash transaction volumes continue to be at higher levels in the country. However, the announcement of the stress fund could be the icing on the cake with regard to enabling a full recovery for the sector.

The liquidity crunch has already affected several real estate companies and this decision by the Government will ease their woes by a great deal according to experts. Several developers are stuck for working capital and they will also benefit from this move. Home prices are expected to increase by anywhere around 2% in Chennai and Bangalore in 2020 while northern markets in Delhi-NCR and also Mumbai may have prices remaining at the same levels or growing marginally. The RBI has also done its bit by reducing interest rates by 135 basis points in 2019, getting it down to 5.15%. The repo rate could be lowered once again in December, 2019, as per reports. This could lead to higher real estate demand on the back of cheaper home loan interest rates. Affordable housing subsidies and tax benefits may also spur several fence-sitters to start investing in property once again as per many experts. Mumbai is currently the costliest real estate in the market and this is where the Government’s stress fund will bring major relief followed by Delhi-NCR. Southern cities like Bangalore and Chennai are relatively affordable in comparison while Hyderabad, Pune and Kolkata are also comparatively affordable in terms of home purchases.

Brookfield REIT: All you need to know about the third…

In this article, we will focus on Biswa and Hectare and how conversions are being made into the multiple of Ares unit of area,...