Home » Is the lower income group LIG the next big target audience for Indian real estate?

Is the lower income group LIG the next big target audience for Indian real estate? 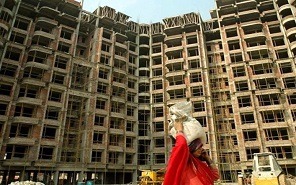 According to a State of the World Population report, more than half of the world population is currently residing in urban areas and the numbers are increasing by the day. And according to the Global Metro Monitor, 67% of the world’s GDP will be contributed by the 300 largest metro cities. By 2030, it has been estimated that India will have 71 metro cities and 10 of them will be home to more than 10 million people. Migration from rural to urban areas was always a distinct phenomenon and this will keep increasing.

On the other hand, the Indian population is largely sustained by agriculture and the population explosion, along with the widening income gap, has also added to this rural to urban shift. It has been estimated that about 26 to 37 million families in India currently reside under informal housing and poor living conditions and 97% come under the Economically Weaker Sections (EWS) and Lower Income Group (LIG) categories.

The real estate industry at present, has seen the rise of affordable housing and adequate financing options are also being made available to prospective homebuyers along with PMAY interest subsidies and other incentives. Developers have also realized that although most of the people from low income groups do not have proper documentation, they do have steady income and this can really present an opportunity for the real estate sector in the near future.

It has been seen that the outskirts of Tier 1 and Tier 2 cities have housing projects that are largely being financed by AHFCs. These are mostly self-constructed homes where families build homes with the help of a contractor and the amount of the loan is mostly around Rs 10 lakhs and carries an interest of 13.5 to 14.5%, with a tenure of 15 years. The EMI also comprises of about 30% to 40% of the household income. This is mostly because the family is unable to find a proper apartment in their budget in the city and opts for a plot instead where they can build a home as per their current finances while increasing an extra floor later, which can be rented out in the future for earning additional income.

It is however, important to monitor the health of the AHFCs and it has been seen that banks and larger HFCs often take over customers who have a good repayment history by giving them better rates of interest and also giving them top ups from time to time. This could affect the credit ratings of the AHFCs and they often lose out on the opportunity of including 17% of urban households living in the slums of major cities under their purview. These people would also like to have better living conditions and this could hurt the LIGs in the long term. For LIGs buyers not much is needed. A loan of 3 to 5 years for Rs 1 to 3 lakhs is often critical affordability for those who want to stay in the productive areas of a metro city. The lending of money in this case with lack of security poses a legal threat but NBFCs and AHFCs are still willing to take the risk.

There are also innovative pilot projects being launched that will decentralize livability and the Pradhan Mantri Awas Yojana, along with Credit Linked Subsidy Scheme can give a relief of INR 2.67 lakhs and Rs 6 lakhs respectively. A number of borrowers have received the benefits of these schemes and there has been no affect on affordability. That is because customers come to know whether they are getting a CLSS or PMAY subsidy only after getting the loan and hence cannot account for this when they make a purchase decision. This is not helping the AHFCs either as they get Rs 3000 for out of the pocket expenses instead of 1.5% of the loan amount which hurts their loan portfolio in turn.

It can be said that CLSS definitely has the ability to increase the affordability of many upper segment LIG buyers and a pre approval process will help them know whether they will be eligible to attain the same or not. Urban authorities too can provide additional help to LIG buyers living in slums and enroll local lenders who might want to finance them. NGOs, government authorities, developers, digital providers and asset management firms could also come together to help this group find proper housing solutions. The entire value chain could benefit from this likewise, resulting in growth that will help the Government realize the dream of Housing for All by 2022.

Resident Editor
« Real estate prices come down across India’s major cities
Why do Indians still prefer investing in property over anything else? »

New real estate investment avenues you may wish to consider