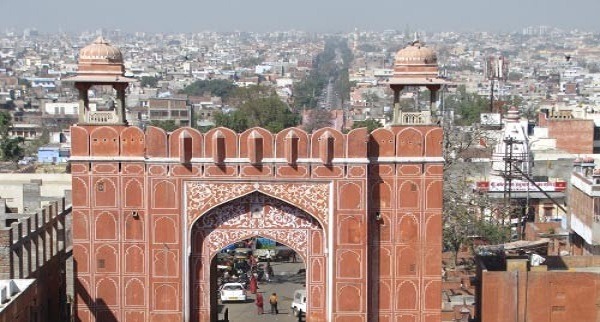 Jaipur is the capital city of Rajasthan and has an illustrious history for obvious reasons, being named after Jai Singh II of Amer. Jaipur is famously known as the Pink City as almost everyone knows and it is situated roughly 268 kilometres away from New Delhi. Jaipur is a part of the Golden Triangle tourist jaunt which includes Agra and New Delhi and is the gateway to other popular tourist hubs in Rajasthan including Jaisalmer, Jodhpur, Mount Abu and Udaipur. Along with a slew of attractions and some of the most enchanting forts you will ever find, Jaipur is also home to the Amer Fort and Jantar Mantar which are two UNESCO World Heritage sites. In recent years, Jaipur has been witnessing rapid real estate growth and is one of the best non-metro cities to invest in from this perspective. This has largely been due to major infrastructural developments and connectivity improvements.

The Jaipur Metro has given a major boost to the residential real estate market in the city along with the office space sector. The metro line between Chandpole and Badi Chaupar is expected to be completed by August this year as per reports while the second phase of construction will be taken up for the Sitapura Metro line from Ambawadi. This has reportedly been confirmed by Shanti Dhariwal, the Minister of Urban Housing and Autonomous Government. The underground metro will be executed this year as per expectations with trials to take place soon.

The commercial operations started in June 2015 with the Phase 1A being operational between Mansarovar and Chandpole. This phase comprises of nine stations in all, namely New Aatish Market, Mansarovar, Shyam Nagar, Vivek Vihar, Civil Line, Ram Nagar, Chandpole, Railway Station and Sindhi Camp. The 1B phase is the one which is being readied at present. Real estate developers estimate sizable demand along the entire metro corridor and in locations which are near the metro route. This will also lead to the development of surrounding infrastructure including commercial spaces.

Should you invest in Jaipur real estate?

Investing in Jaipur real estate should be a good proposition since it is one of the fastest growing markets in the country and is witnessing rapid infrastructural development. With the completion of the metro project and other infrastructural work, property values should go up throughout the city. There is ample scope of future appreciation with Jaipur steadily attracting several top MNCs and corporates as well. The city is already home to premium projects by leading real estate developers. Some of its top projects include Dhanuka Sunshine Aditya and Manglam Aadhar among many others.

Here are some of the other vital reasons to invest in Jaipur real estate:

As can be seen, the future seems bright for Jaipur as far as its real estate market is concerned. There are several other prime projects in the pipeline and the realty market will also witness major investments made by end-users and other investors alike. Jaipur is poised to witness major infrastructural and commercial growth over the next few years and this will naturally spark demand for residential housing. The slew of recent measures from the Central Government including the reduction in GST rates for under construction and affordable housing units, will also do their bit towards boosting the realty sector in Jaipur.