Key aspects that may strongly revive Indian real estate in 2020 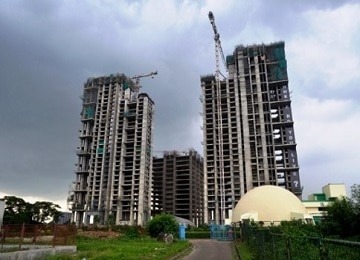 The Indian real estate sector has been in the throes of change over the last few years or so. Demonetization led to a major impact on the sector and this was followed up by RERA and GST which cleaned up the industry and brought back more accountability, transparency and buyer confidence. This has also attracted more foreign investors to the sector, something which is reflected through the booming commercial real estate market in India.

Additionally, the Government has been taking several steps to boost demand in real estate. It has already slashed GST rates to 1% for affordable housing units and 5% for under-construction housing units for reviving demand. Additionally, the Government has unveiled several measures for encouraging home buyers to invest in second homes and rental units. The Government has also launched an alternative investment fund (AIF) of Rs. 25,000 crore for completing several stalled and incomplete housing projects in the affordable and mid-income segments. This will undoubtedly restore buyer confidence in the sector while also providing relief to thousands of buyers throughout the nation.

The Central Government has also extended the added tax deductions of Rs. 1.5 lakh on interest repayments for purchases of affordable housing units (priced up to Rs. 45 lakh) with home loans under the affordable housing scheme. This means that home buyers can get tax deductions up to Rs. 3.5 lakh under this scheme. This is a major incentive that has been further extended till the 31st of March, 2021, in the recently announced Union Budget and should give a major fillip to the sector. The Union Budget has also taken firm measures for giving tax concessions to real estate developers in the affordable housing space and previous benefits have also been extended likewise.

Indian real estate is one of the biggest contributors to the national economy and its recovery is of paramount importance for the Government. What may help things in 2020 are the positive measures taken by the Government over the last few years along with the falling rates of interest on home loans, prompted by the several cuts in repo rates by the RBI (Reserve Bank of India). Here’s taking a look at some key aspects that may strongly lead to the revival of Indian real estate this year.

The affordable housing sector is now attracting leading real estate developers as well. Even the country’s leading realty player Lodha Group has forayed into the category with a new brand for affordable housing named Crown. This venture will have most housing units priced between Rs. 25-50 lakh on an average. Affordable housing has rescued the residential real estate market from a major crisis over the last few years. The middle classes usually comprise of 80% of the home buying audience and there is sizable demand which outstrips available supply levels. The presence of leading real estate developers in this category will also enhance demand in 2020 for the segment. Several buyers, especially first-timers, will be secure upon purchasing units from reputed developers.

Affordable housing will also benefit from reputed real estate developers providing more amenities and facilities in projects in this segment. MRG World, a real estate player in Gurgaon, has ventured into the segment with Ultimus, a premier residential project. This is the first time that an affordable housing venture will offer a whopping 25,000 sq. ft. as a playing zone for kids in tandem with a luxurious swimming pool, the size of which will be close to half of an Olympic swimming pool.

The extension of the additional tax benefits on repayment of interest for home loans taken under the affordable housing scheme will be a booster dose for the sector, coupled with the lower GST rates, lower rates of interest on home loans and incentives offered by the Central Government.

Market consolidation may help the sector

Previously, the Indian real estate sector was majorly unregulated and people with the cash to invest or sufficient land banks, could moonlight as real estate developers. However, this is tougher in the present scenario which is extensively regulated and necessitates higher compliance levels for builders. The market conditions are also tougher and even established realty players found it hard to clear off inventory in the past. Non-serious or fly by night market players without professional abilities are steadily exiting the market. This has led to more consolidation for Indian real estate, something which may help it immensely in future years, beginning from 2020.

The number of new real estate developers in the industry will naturally reduce since reputed brands are the ones raking in the sales volumes at the moment. Some existing real estate entities are also consolidating into bigger companies or are being taken over by bigger real estate companies. Several financially stalled projects are being acquired by leading real estate developers including Prestige, Godrej Properties and Mahindra Lifespace among others. These developments will ultimately benefit buyers as per experts.

End consumers will be the biggest beneficiaries of these consolidation measures due to the execution of RERA and several other measures. In the current scenario, customers are empowered more and real estate developers are more accountable than before. These factors will naturally spur quality based standardization along with greater pricing transparency and timely delivery of housing units.

Completed inventory of housing units will help the sector

The major problem plaguing Indian real estate is delayed or stuck real estate projects. Approximately 174,000 housing units are still stuck in various stages of development throughout India’s top 7 cities as per reports. The Central Government has already come up with a stress fund of Rs. 25,000 crore for enabling last-mile funding for projects which are stuck. In fact, several home buyers are preferring properties which are ready to move into, since these do not come with GST and do not have risks tied to project delays.

Ready to move properties accounted for a handsome 25% of overall sales volumes last year in comparison to the year 2014 when they accounted for 11% of overall sales volumes according to reports. Indian real estate developers have strongly noted this change in user sentiments and are taking measures accordingly. Last year, DLF Limited declared that it would be retailing housing units only post their completion. DLF managed to sell a whopping 75% of housing units which were completed at its luxury realty project in Gurgaon named The Ultima. Some real estate developers are also coming up with projects which are nearing completion as well.

2020 will witness a characteristic trend where ready to move homes will be preferred more by home buyers. Buyers will also be choosing homes where a major chunk of construction has been finished already. Home buyers are currently unwilling to take risks as per industry reports. Sentiments of home buyers are majorly spurred by timely delivery of housing units and overall transparency in transactions. This is something that real estate developers have clearly understood and they are acting likewise, which is good for the sector. RERA is another factor behind the renewed emphasis on timely construction.

While lower rates of interest on home loans will naturally be a major booster for Indian real estate, several unique home loan offerings will also boost the market as per experts. State Bank of India (SBI), for instance, has already unveiled an innovative product in the home loan space. This guarantees repayment of the principal amount to the home buyer in case the real estate developer does not provide possession within the stipulated timeline. The bank may evaluate the project’s progress levels and fund disbursals may take place likewise.

This financial product is an innovative one, particularly because Indian banks have previously refrained from offering such guarantees. Several financial institutions have even sanctioned loans erroneously in the past without making sure of the approvals obtained by the real estate developers. However, with this novel product in place, SBI will now be conducting its own due diligence for the project, thereby enhancing buyer confidence by a great deal. SBI will also be putting a vote of confidence on particular projects and real estate developers with this new offering, thereby encouraging home buyers to invest in these specific projects in a worry-free manner.

The real estate sector is not expected to witness any major increase in property prices in the 2020-21 period. As a result, the current scenario looks very favourable for potential home buyers, particularly in the affordable and mid-income category where there are a plethora of benefits available along with tangible savings on the investment.

The above mentioned aspects will go a long way towards reviving the real estate sector in 2020 as opined by several experts while the Central Government’s measures will also have a big role to play. Indian real estate may also benefit from the announcement of the new tax slabs which may put more money in the hands of taxpayers. Additionally, people earning up to Rs. 5 lakh will not be taxed either in the old or new regimes and this is the segment which makes up a majority of the prospective affordable home buying population. As a result, this decision could benefit the Indian real estate market considerably as well.

Stress fund for real estate starts disbursal of funds for…