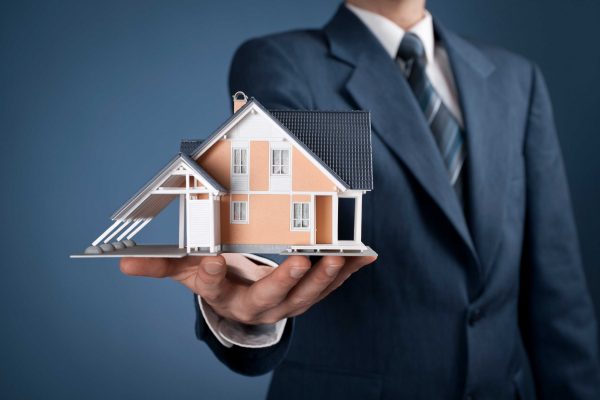 Modern Real estate is integral to nation’s economy with dynamics of the economy corroborating with the industry dynamics. In a country like India, the correlation further intensifies wherein the residential component of real estate itself constitutes near around 5-6% of the total GDP. If other real estates, such as office, retail & industrial are included, the value would be much larger.

With dawning of 2017 & unfolding of seismic economic policy level changes, it is evident that there could be emergence of long lasting new trends in real estate. Buyer’s convenience & unrivalled transparency in transaction could be one of the major themes in Indian realty in 2017, given the way economic variables are unraveling.

Although, the industry is yet not at a stage; where in, it could be said that there will be monumental shift in terms of transaction volume, but the industry could usher in a new era, based on transparency & new norms of buyer centric strategies.

The underlying sentiments in Indian economy looks upbeat. Infrastructure development is on a rise, crude oil prices remains within limits with no possibility of a significant hike in near horizon & inflation are expected to be around 3.5%. In the light of the latest demonetization efforts, the jubilant GDP growth rate of 7.1% estimated by RBI, might get corrected by one percentage point, but even then, a GDP growth rate of around 6% will put India ahead of most of the major economies of the world.

The demonetization will result into more tax collection, thereby narrowing the fiscal deficit & adding more stability to Indian economic outlook. There is also a strong speculation that the upcoming budgetary session might include an announcement on tax reduction. If this holds true, it will result into broadening of tax base & further strengthen the fiscal position of the government.

Along with a strong economic sentiment, rise in Indian population & a constant drive towards more urbanization will continue keeping demand for real estate very high in 2017.

Although the near-term impact of demonetization would not be very healthy on Indian real estate, with the resale sector being badly hit, it is believed that in the longer run demonetization should bring in more positive changes to the overall real estate industry. As the real sectors constitutes more than 5-6% of the Indian GDP, a sector overhaul & backslash on preponderance of black money in real estate, should also go a long way in the digitization & transparency of the overall economy.

It is believed that resale prices will correct in the mid-term; however, soon the downward trend should reverse. With a near stagnant property prices in last three years, Indian real estate does not hold much scope for a drastic price cut to sustain for a longer time. Demonetization will also result into increased emphasis on primary real estate from reputed developer with proven track record & better corporate governance.

A Declining EMI on the Offing

In between Jan-2015 to Dec-2016, RBI has reduced the repo rates by 175 basis points, taking it to 6.25%. It is further expected that the repo rates could be reduced by another 50 to 75 basis points in 2017. The reduction in repo rate will translate into lower home loan EMI, which in turn could add to the demand for real estate.

The present demonetization drive could further contribute towards reduction in EMI. With the taking of high denomination notes out of circulation, bank deposits in India has increased significantly. This will incentivize banks to transfer lower rates to the end users. Similarly, an inflation that is within the RBI comfort zone, will further add impetus to banks to go after rate cuts. This will eventually result into more easing of EMI, thereby inducing a possible uptick in demand for residential units.

For instance, at present An INR 60 Lac loan for 30 years from SBI (Interest rate 9.15%), results into an EMI of INR 48,900. A possible reduction of rate by 50 basis point will make the new EMI at around 48,700, a considerable reduction, good enough to infuse some new vigor into the market. This will compel many young couples in Indian metros, who otherwise pay rent to consider the buying option & funnel the rental amount into the new reduced EMIs.

Due to cumbersome policy framework, FDI in Indian realty has been dwindling in the recent times. From an annual FDI of USD 3.1 billion in 2011-12, it has come down to USD 1.23 & 1.06 billion in 2013-14 & 2014-15 respectively. It is believed that there exists strong appetite amongst foreign investors to invest into Indian realty, but navigating through the complex process, acts as a deterrent.

Since its coming to power, the present government has been taking up strong steps to speed up FDI investment into real estate (housing projects, townships & built-up infrastructure) through the implementation of multiple reforms.

The host of reforms include reducing the cap, on project investment (USD 5 million from USD 10 million), project area (20,000 Sq. M from 50,000 Sq. M) & easing out of the exit process, wherein an FDI can exit a project after 3 years from investment, provided the trunk development has been concluded. Data is not available about the exact inflow of FDI in real estate in 2015-16, but is believed that it has increased with the unfolding of new policy frameworks Similar positive numbers will continue in 2017.

With RERA & demonetization coming into play, there will be increased institutionalization, adding more push to the FDI inflow in the coming time.