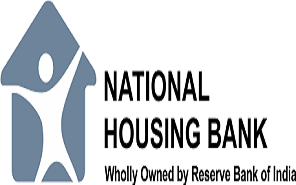 The National Housing Board or NHB has directed the housing finance companies or the HFCs of India to desist from offering loans for the finance of subvention schemes that are currently being offered by some developers. The disbursement of loan will be linked stringently to the construction process and the money handed out only with the successful completion of the construction phases.

For developer who use subvention schemes to finance their projects, this might seem like drawback but this is a major move to safeguard the interest of the hundreds and thousands of homebuyers, especially the NRIs, who put in a lot of money into the properties and are a major consumer of such schemes.

The RBI, back in 2013, had restricted the banks and stopped upfront disbursement to developers for under construction projects that offer such schemes. Banks were required to stick to construction linked disbursement and the popular schemes were 20:80 or 25:75. In this scheme, the buyer paid 20% upfront and the builder paid the remaining 80% to the HFCs till the time the buyer got possession of the property.

However, in spite of this, the number of delayed projects grew and reports started coming in about buyer distress. Since HFCs did not fall under the purview of the RBI back then and the developers were using them as alternate source of financing. However, with the new union budget, the HFCs now got transferred to RBI and they would be as much answerable to the RBI as the banks.

What do market experts feel about this?

That being said, the expats will have better protection who are thinking of investing in property back in their home country. They often opt for home loans to avail tax benefits and they are also offered various schemes by buyers from time to time. With these schemes, the NRI buyers do not have a pay a huge amount upfront and this takes away much of the initial financial burden. If the builder stuck to the deadline, these schemes were a winner for both the parties. Problems only arise when there is a delay in the delivery of projects and many NRIs had to go through the ordeal, with things becoming more difficult for them as they had to operate from outside the country. Not only was the property delayed, but the credit was also impacted and this was a cause of great mental as well as financial distress.

With the HFCs now being restricted from financing developers with subvention schemes, the latter hardly have any avenues open other than sticking to their deadline if they are to avail the financing. It will definitely bring a lot more transparency and discipline regarding how real estate is operated in India and NRIs will also go ahead with transactions with developers who are financially strong and ethical.

Projects will now be handed over as promised and the HFCs will have been directed to a more well- defined mechanism to make sure that their construction progress is steady. Given the fact that most of the NRIs invest in under- construction properties in India or in projects that have just been launched to make the most of the early discounts, this will benefit them to a large extent. The projects will now be monitored by the lending HFC before further loan disbursements are made. Moreover, genuine and ethical developers will have a better drive and they will launch their project with greater confidence. They will have clear visibility on their financial closures and small time, unorganized developers with no adherence to deadlines will also disappear.

Naturally, with this double pronged supervision by the apex bank and the government of India, the Indian real estate market will become a safer and transparent zone for investment by the NRI homebuyers. They can be better assured of their home which is being constructed back home and will be sure that the money has gone into good hands. Along with some other reforms that have been made in the past couple of years, the Indian real estate will now become a more reliable investment asset class for the NRIs, and among Indian buyers as a whole.

A complete guide to renting property