Home » Real estate FDI surges ahead by whopping 84.4% in major growth boost for the sector

Real estate FDI surges ahead by whopping 84.4% in major growth boost for the sector 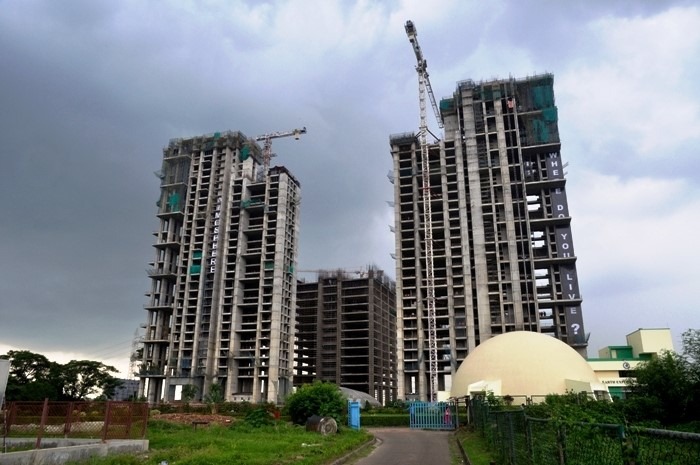 The Indian real estate sector has garnered higher FDI in the period between 2015-2019 as per several reports. This indicates a positive development for the sector and a sign of bigger and better things to come. $16.6 billion in FDI (foreign direct investment) was received by the Indian realty sector in the period between 2015 and 2019, indicating handsome growth of 84.4% as compared to the investments that flowed into the sector between 2005-2014. Since the year 2005, when limitations were lifted on FDI in the real estate sector, it has garnered in excess of $25 billion in investments.

Since the year 2015, funding has majorly been deployed into big-ticket and high income generating retail and commercial real estate assets. Several major Canadian pension funds have also forayed into the Indian realty sector in this period as per reports, either directly through investments or via platform deals with counterparts in India. Funds based in Singapore, led by GIC have also been considerably active in this duration and US-based funds driven by Blackstone have continued investing in real estate in India, pumping in more than $5.7 billion in this period. Post FDI limits being lifted in the year 2005, funds based in Singapore were the first ones to tap into available opportunities swiftly and they were followed rapidly by funds based in the USA and also Europe. Investments of approximately $5.7 billion were garnered by Indian realty between 2005-08 according to several reports.

Other major trends worth noting

There was higher market activity in Indian real estate courtesy major providers of capital such as Morgan Stanley, JP Morgan, Lehman Brothers, Goldman Sachs, Walton Street Capital, Wachovia and others along with capital providers from Singapore (including developers) such as Xander, Ascendas, CapitaLand and Mapletree. Yet, post the year 2008, most of these funds withdrew from the Indian housing market owing to limited scope for exits. Due to this, in the next 6 years, FDI of only $3.4 billion was garnered by Indian real estate. This period also witnessed sizable consolidation by funds based in Singapore such as Xander, GIC and Ascendas.

Indian real estate drew in excess of $5 billion in private equity last year and firms from the UAE, USA and Singapore remained positive about the sector even with options being considered this year by South Korean and Japanese investors. According to reports, Blackstone, which is based in USA, remains positive about Indian real estate, having put in more than $1.8 billion last year. This is higher than its investment tally of $1.1 billion in the year 2018. Other investors in the sector include ADIA which is based in the UAE and Lakeshore along with Xander Group from Singapore. Several Japanese corporates and investors are currently considering options for investments in Indian real estate and they may foray into the market this year along with other insurance and pension funds as per reports.

Japanese firms are not just interested in Mumbai real estate but are also considering options for investments in other major cities including Hyderabad, Chennai, Pune, Bangalore and Delhi-NCR. South Korean companies are also considering investments in Indian commercial real estate. Mirae Asset Financial Group from South Korea has reportedly displayed an interest in investing in Indian commercial real estate although nothing has been finalized as of yet. Equity investments from foreign investors have gained higher momentum after the year 2014 as per reports with the realty sector getting $16.6 billion in FDI.

In this duration, investors have invested 72% of their money in income-generating retail and commercial real estate assets. MMR (Mumbai Metropolitan Region) and the NCR (National Capital Region) were the top picks for investors in the private equity space last year. Both regions garnered a whopping $2.7 billion of investments from private equity funds, comprising of the overall share of 53%. In the year 2018, it was Hyderabad that occupied the top slot in terms of realty investments from PE (private equity) players.

Yet, the significant aspect worth noting is that residential real estate has witnessed a pick-up in investments while the commercial segment continues to go strong. Retail is also doing well in the current scenario. Along with the MMR, the National Capital Region (NCR) has once again recovered swiftly towards becoming a major hotspot for PE investors last year. The retail and office sectors are performing strongly in the NCR, contributing to higher foreign investments in real estate here. In 2020, funding should majorly flow towards Grade A commercial and income-generating real estate assets in tandem with last-mile funding opportunities in case of residential real estate projects. More Japanese corporates and investors may be expected to venture into the market this year along with other pension and insurance funds. Indian real estate developers may get long term funding solutions from comparatively patient Japanese investors. As a result, FDI levels may touch newer heights in 2020 as far as the Indian real estate market is concerned.