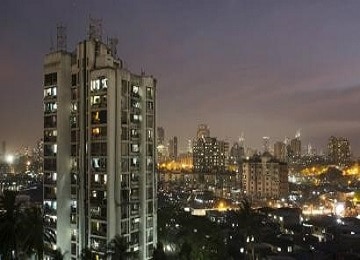 Indian real estate has been witnessing a major transformation over the last few years. There are several major reforms that have been undertaken by the Central Government in order to enable greater transparency and accountability in the sector. These include demonetization followed by RERA and GST. These measures have made Indian real estate more attractive for investors while ensuring greater protection for end-users at the same time. Yet, what naturally happens due to several regulatory measures being implemented back to back, is that the real estate market takes a long while to truly recover. This is being seen in cases of several major markets for real estate in India including Delhi-NCR, the MMR (Mumbai Metropolitan Region), Pune and Kolkata among others.

However in spite of major regulatory changes and other headwinds, real estate markets have continued performing well in South India. Key markets like Hyderabad, Chennai and Bangalore have majorly stayed resilient without any major drop in their fortunes. South India now represents one of the country’s best performing real estate zones, particularly due to the positive impact of policies implemented by the Government and other structural changes in the economy as per experts.

Real estate developers in South India have ensured good market performance overall for the sector by restricting launches of new projects and focusing on completion of delayed projects instead. They have also aimed at launching new projects that are more in sync with evolving customer preferences and needs. This has kept the housing market alive and ticking in South India with reports validating Hyderabad, Bangalore and Chennai as the best-performing real estate markets in the country for the fourth quarter of 2019. The trends in these cities have sharply contrasted with the fluctuating trends seen in the MMR and Delhi-NCR where developers are still grappling with piled up inventory.

Reports also predict that Bangalore should be the fastest growing city in Asia in the 2020-24 period while Hyderabad should be the continent’s third fastest growing city as well. Bangalore is also expected to see sizable annual growth in its GDP to 9.9% on an average in this period. This is more than the average growth rate of 3.9% forecasted for most Asian cities in this period and India’s GDP growth rate of 6.8%. Chennai and Hyderabad will not be too far behind as well in this context. As a result, the scenario will be more favorable and positive for real estate growth in South India according to industry experts.

Major markets in South India have been boosted by solid development of infrastructure. These Southern cities have excellent connectivity and public transit infrastructure while further improvements are in the offing through mega infrastructural projects. Metro connectivity is a game-changer for real estate markets in this entire region. For Bangalore, the completion of the new metro railway network, covering major areas like the Bannerghatta zone, Bidadi, Whitefield and Bangalore International Airport, will boost real estate micro markets immensely. The huge suburban railway system that will be built in Bangalore and the Peripheral Ring Road, will also increase housing demand. The three deck elevated corridor will hugely boost real estate along the OMR (Old Mahabalipuram Road).

The multi-deck transportation corridor is being planned in a couple of phases by the Government for decongesting the key IT Expressway. These infrastructural projects have attracted several Chennai residents who have shifted from their older accommodations to new residential hubs like the ECR and OMR. The growth of start-ups and the IT and ITeS industry are other factors driving real estate in South India. The IT industry has grown exponentially in the entire region over the years along with several other private and public entities, industries and MNCs. Cities like Hyderabad, Bangalore and Chennai are now major choices for outsourcing businesses based in Europe, United Kingdom (UK) and the United States of America (USA). More foreign investors are now seeking to create back offices in prime locations throughout Southern India. Several startups have also emerged as major employment creators in this region and Bangalore is often regarded as the startup capital of the country. Chennai, Hyderabad and Bangalore are regarded amongst the top 10 Indian cities for startups and cumulatively have thousands of registered startups already.

There are several other factors that are boosting real estate growth in South India. Metro cities in this region mostly have ample land availability at comparatively reasonable rates in comparison to Delhi or Mumbai. This has naturally boosted demand for luxury real estate in these markets. There are a sizable number of urban working professionals both from within these cities and also from other cities, who have migrated to these areas for professional purposes. This has naturally increased housing demand manifold over the years. South Indian cities offer mixed housing types including integrated townships, high-rises and luxury communities which come with top-notch amenities across several locations.

Major residential real estate projects have transformed the skyline of cities like Chennai, Bangalore and Hyderabad. South Indian metro cities have also been witnessing marked growth in commercial real estate and retail as well. Several retail chains have come up across these cities along with shopping malls and supermarkets. Millennial professionals are the major consumers behind this lifestyle shift and naturally, the growth of retail has positively impacted residential and commercial real estate sectors. South India has always been one of the major centers for both education and health. Some of the leading healthcare brands have a presence across these cities along with innumerable reputed universities and colleges. This is another reason for drawing millennials in large numbers who subsequently seek to stay on in these cities.

With good physical and social amenities on offer along with solid track records of leading real estate developers and timely completion of projects, NRIs are always drawn towards property in South Indian cities. NRI investments in primary real estate in the country are expected to touch a whopping $25 billion by the year 2022 and a major chunk should be invested throughout South India. Swift appreciation of capital also makes the entire zone highly attractive for real estate investors. Cities like Chennai, Hyderabad and Bangalore are doing extremely well in recent times with real estate micro markets like OMR (Chennai), Bannerghatta and Hebbal (Bangalore) and Shankarapally (Hyderabad) expected to perform strongly in the near future. Co-working and co-living are two other trends on the horizon which should also keep the realty sector ticking in the region.

CREDAI (Confederation of Real Estate Developers’ Associations of India) has expressed its growing confidence at the future prospects of the real estate market in Hyderabad. On the back of a successful Hyderabad Property Show in recent times, CREDAI made this statement about the city’s property market, indicating that it is witnessing sizable growth in recent times. Western and Northern Hyderabad are witnessing huge popularity in terms of burgeoning NRI demand. Suburbs and peripheral areas of Hyderabad are seeing immense appreciation with regard to sales figures and capital values.

With exchange rates turning favorable for NRIs in terms of their value against the dollar, purchasing power has gone up considerably over the last 2-3 years. The luxury real estate market including premium apartments, luxury villas, penthouses and bungalows, is drawing higher investments from NRIs and other investors. Several people are buying luxury units as getaways for the weekend or as second homes in the city. This has naturally helped in creating a conducive environment for luxury housing across several emerging micro markets in the city. Prices are expected to go up handsomely across the city over the next few years with higher supply.

Some key areas in Chennai are witnessing substantial price appreciation and rapid development of infrastructure. These areas include Guduvancherry, OMR, Urapakkam, ECR and others. In several suburbs across Chennai like Kelambakkam, Chemencherry and Siruseri, price appreciation has gone up considerably due to the higher count of educational institutions in these areas. These zones are witnessing a marked shift towards transforming upcoming IT corridors in the city. Apartment values are steadily going up by approximately 9-10% annually in these locations as per reports.

Several professionals are also shifting to Chennai for higher education purposes and also for finding professional employment. Over the last few years, people from all over the country have been migrating to the city and this has naturally increased overall housing demand here. Perambur is one of the fastest growing areas in Northern Chennai with regard to development of social infrastructure. The Perambur Flyover has boosted property markets in adjoining areas while North Chennai micro markets have received a boost from the expansion of phase II of the Metro Railway network. Other areas like Vyasarpadi, Purasaiwakkam and Kolathur, near Perambur, are also witnessing higher buyer interest.