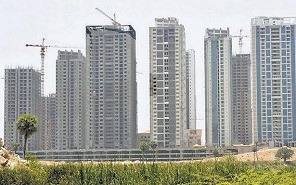 Indian residential real estate home buyers can now rejoice as two reports with some good news have been released this week. The prices in most of the cities are not swinging rather they are barely rising. Although many states are yet to settle down with the RERA act, there are some signs of impact in terms of the higher confidence among home buyers.

According to experts, in the period between January to June 2019, the slow pace of the implementation of RERA is a major factor. Almost 416, 680 projects are registered and only 18000 cases are disposed of. In the top three states, there are Uttar Pradesh, Maharashtra and Haryana where the cases have been disposed. Uttar Pradesh holds 33% share in the number of cases that have been disposed of while Maharashtra and Haryana share 21% and 17% respectively. Experts have listed various reasons why RERA is being delayed and one of the reason is lag in the development of user-friendly RERA portal for consumers. Another reason is that many state-level RERA portals are still pending to update quarterly information of developers. Also Gujarat, Delhi and Telangana are the key Markets that are still functioning with Interim Real Estate Appellate Tribunal impacting the movement of the dispute redressal machinery and in West Bengal, the RERA is yet to be adopted.

However, the first half of 2019 has witnessed good growth in terms of new product launches so this clearly indicates the impact of RERA implementation even though it is partly imperfect. The experts have stated that most of the markets have posted a modest year on year growth in sales in the first half of 2019. The launch of the new units has risen by 21% year on year to 107,143 units while the sales have risen 4% to about 133,317 units. The market is moving towards more affordable units with 51% of the launches being under INR 50 lakhs and 78% under INR 1 crore.

How the market is panning out

Experts have reported a sustained price drop in Chennai, Pune, Mumbai and Kolkata at 4%, 3%, 3% and 2% respectively. The price drop in double digits effectively continuous including freebies in the cities. Amongst all, Hyderabad has stood out with a year on year growth of 9% according to the report by the consultancy.

Another research has stated that the residential real estate market has remained quite hot in the second quarter of 2019 with the general elections being in the backdrop. The housing sales dropped by 13 % across the top 7 cities for the second quarter of 2019 as compared to the previous quarter. But on a yearly basis, the housing sales hiked 12% and new launches increased by 36% in the same period.

Ten years back from now people used to believe that their income and savings can never outpace the ever-growing real estate prices. So the home buyers bought homes before the gap between their savings and prices of the home could increase any further. However, because of stagnant prices, higher income growth, lower home loan rates and government incentive and subsidies buying a house have become more affordable than it was a decade ago.

Some other things to keep in mind

According to another study, the affordability of home buying across 7 Indian cities such as Kolkata, Hyderabad, Chennai, Pune, Bangalore, Mumbai and Delhi NCR between the years 2011 to 2018 has been highly imported by lower home loan interest rates, average household income and lower price of Apartment per square feet. Hyderabad was the only affordable City to buy a home in 2013 but the scenario changed in 2018 with more or less all the cities, except Mumbai, turning affordable. According to various other real estate consultancy firms, Mumbai is India’s one of the most expensive housing markets yet it has seen an increase in affordable homes in the last few years as compared to 2010. A Mumbai house would cost 11 times the annual household income which has come down to only 7 times at present in 2019.

One of the main reasons why affordability is increasing is because of the higher growth in income compared to the prices of the property. The average disposable income per year for the middle-income group has increased by about 9% across the seven major cities of India between 2014 to 2018. However, the average growth in prices of residential property was less than two per cent in the same period. This implies that affordability of the residential real estate for the middle-income group in the metro cities is increasing.

Resident Editor
« When should you consider investing in commercial real estate?
Is the lower income group LIG the next big target audience for Indian real estate? »