Home » RERA Decoded- What’s in it for you?

RERA Decoded- What’s in it for you? 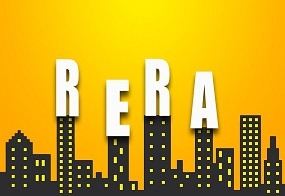 Considering the fact that the real estate sector in India was a highly unorganized one, there were no regulations as such in place which could keep in check certain whimsical developers and did not give the buyers and investors their money’s worth. Hence, for the proper regulation of the real estate sector, the government came up with the Real Estate Regulatory Authority Bill, or RERA. This was a move which was expected to help the homebuyers and protect their interest, especially with regards to timely delivery of project. The RERA bill was introduced in 2013 and was finally approved in March of 2016 and according to Union Ministry of Housing and urban Poverty Alleviation, this was a major milestone.

It should be noted that although RERA is a central law, the implementation of the law would depend on state authorities as real estate falls under the purview of the state. The Maharashtra Government has already approved the RERA, for example. Maharashtra went all out to ensure the implementation of RERA. They had released a draft version of the rules in December 2016 and thereafter it had asked for suggestions from stakeholders and experts. The final set of rules came into effect from 1st of May 2017.

How will RERA help homebuyers? 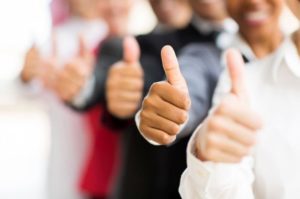 Here are some of the ways in which RERA is expected to help the home buyers.

RERA is going all out to provide information to the buyers which are why it will ensure that all publications will come on their websites regarding all the projects and homebuyers will be able to make an informed decision based on it. The publication will include information pertaining to the track record of the promoters, details of all litigations, prospectus and advertisement pertaining to the project, details of the apartments in terms of size, plots, garages, the registered number of the agents and consultant, development plans of the project, financial details of the promoters, the status of approval for the project and every other relevant detail.

The homebuyers will be able to judge for themselves whether they want to place their trust on the developer and wish to go ahead with the project or not.

The interest of the slum dwellers have also been kept in mind and Gautam Chatterjee, the chairman of the RERA, had sent a letter to SRA under which they have been directed to register all the upcoming projects constructed on slum lands on the website. According to the Slum Rehabilitation Authority, developers are required to build a permanent structure in place of the land they are taking from the slum dwellers. In return, they would get an additional Floor Space Index and they could sell that to make a profit.

The interest of the developers will also be met through RERA:

A penalty would be imposed on anyone who will not pay their dues on time. The developer will also be able to approach RERA in case they do have some issue with the buyer. Nevertheless, the industry experts and the developers themselves think that the odds are against them as almost 10% of the project cost, or even imprisonment could follow if they do not register themselves with a regulator or do not deliver the project on time.

What is most striking about RERA is the anti- discriminatory clause, which was introduced by the Maharashtra government, and as mentioned above, had seen that the RERA was implemented in its full capacity. There were hundreds and hundreds of complaints being registered about builders not keeping their word, about delayed handover of projects, faults in projects and not getting the type of construction they were promised. More pressing than that was the matter that there were complaints builders were not willing to sell flats based on buyer’s religion, marital status and even dietary preferences because of which the Anti- Discriminatory Clause was introduced and it clearly stated that so far as any buyer could meet the price of the builder, there could no other grounds based on which the property cannot be sold.

The Maharashtra Government also went on to add new rules pertaining to parking spaces, to regulate the sales and they are now required to disclose the sale of parking spaces as well.

Registration & Functioning of RERA across States

Subsequently, a number of other regulations also came into effect. A new clause ordained that once developers upload a document on the RERA website, they will not be able to delete it. Naturally, developers have become more conscious about uploading the correct documents on the websites as even the slightest mistakes now will not go unnoticed and all details of registration and project updates will have to be provided, along with any changes that have been made along the way.

Builders can only upload the new, authentic and fresh documents. It has also been ordained that if progress updates are not regularly uploaded on the website, then action will be taken against them as well. The real estate lobby has been unhappy with the new set of rules but is gradually adapting to the same. The biggest beneficiary in this case has been the customer above all else. Big and reputed developers or real estate brands have already made themselves RERA compliant while fly-by-night operators or small-time players have finally exited the market. This has led to higher accountability and transparency which has in turn revived the real estate sector at large throughout the country as per experts.

An updated list of flats already sold by the developer also has to be submitted when he is registering with the regulator. In this regard, the list would also include the delays in the erstwhile project, their timelines, and the measures taken to avoid such delays in the future. The timeline of such projects, with their agreement for sale, conveyance deed, proforma of allotment letter, land tile and construction insurance along with the names and addresses of all real estate agents, contractors, and structural engineers would also have to be included in the records. All of this will be a step forward in increasing the transiency in this field and will protect buyer’s interest.

As of now, a number of states and Union Territories like Andhra Pradesh, Bihar, Odisha, Gujarat, Kerala, Andaman and Nicobar Islands, Daman and Diu, among others have been notified about RERA and works are on in other states to implement RERA fully. The Act will be applicable to all upcoming commercial and residential projects.

Other points to take note

Penalties that can be levied

As of now, it has been two years since RERA came into force. The Center has claimed in a report to Supreme Court that a total of 42, 726 housing projects and a total of 33,906 real estate agents have been registered under RERA. Also, over 20,000 complaints have been solved till now.

It goes without saying that these measures have managed to organize and consolidate the real estate sector in India like never before and considering that this is one of the largest sources of revenue for India’s economy, such measures were long needed. Today, thanks to RERA, not only the domestic buyers, but also the NRI investors are more confident about investing in luxury properties here, something they were always wary of doing as they felt they would not be able to manage their issues with the developer from another country if something happened out of line. Unscrupulous developers also took advantage of the fact. It has now been able to put an end to a number of malpractices that were previously associated with real estate development and this has brought a huge relief to the urban middle class who often invest their life savings into buying a home, which ends up becoming the most important investment that a family could ever make. 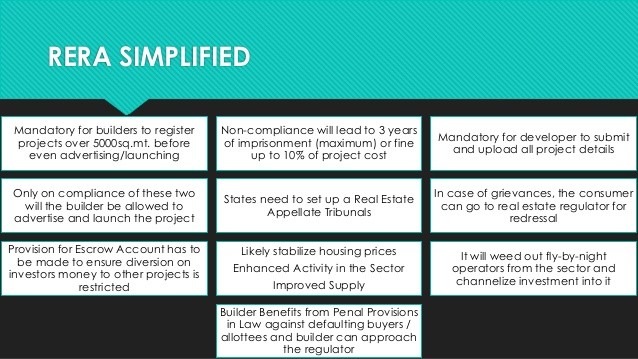 Why should you buy a resale property depending on the…

Here’s looking at some key real estate hubs in the…

Some of India’s high-growth zones for real estate investments