Senior citizen living- Is it another new growth area for Indian real estate? 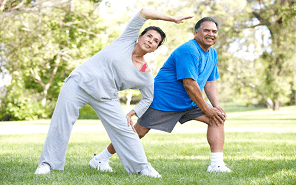 Senior citizen living or retirement housing, whichever way you call it, is set to be the next big growth avenue for Indian real estate. This is not just casual speak; several industry experts, realty players and other market biggies have already highlighted the same thing. This is one trend which is picking up now and how!

The fact remains that life expectancy levels have gone up (which is a good thing) and with access to better healthcare services, the average population has gone up for senior citizens in the country. By senior citizen, we mean a person aged over 60. This segment should account for a whopping 25% and more of the Indian population by the year 2050 as per several reports. However, the desired infrastructure to cater to this age group is still in catch-up mode.

Examining the potential of the senior citizen living market

What senior living offers to buyers?

Senior living homes are designed to cater to the needs of their occupants in a highly specific manner.

As per reports, the Housing Ministry has already issued guidelines for developing retirement homes for senior citizens in the country. Developers will have to register such projects under RERA along with following the building regulations as mandated in various laws such as the Harmonized Guidelines and Space Standards for Barrier-Free Built Environment for Persons with Disability and Elderly Persons and Model Building Bye-Laws along with the National Building Code.

Special amenities will have to be present in these projects in order to classify them as senior/elderly living projects. All in all, this is one category that may contribute considerably to the growth of the Indian real estate sector in the future.