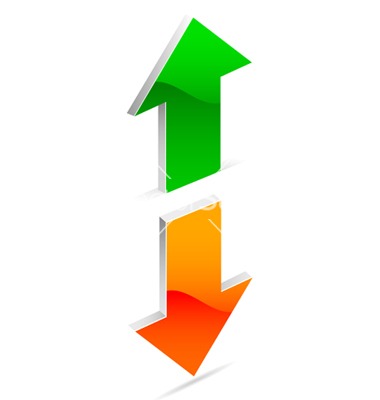 It’s been over three weeks since a word that’s usually been part of an economist’s vocabulary went viral, so much so that it could soon be the most mentioned word of 2016.

I know lots of you have an answer ready. It could be a short, one word, direction specific answer. You’ll probably counter question me next – Does such a question really need a blog post to answer it?

But what if I asked “which real estate market?’ Residential or commercial? Primary or secondary? Metros or small towns? Luxury apartments or affordable houses? Malls or high street?

The fact is that the real estate market is fragmented. And every sector will respond or has responded differently to demonetization.

Is the market headed south? Yes, it is. A correction is apparently going to happen. But how much and when?

How much depends on which sector we’re looking at. The primary residential market has already been in the grip of a slow-moving correction for almost two years. We had seen signs of it bottoming out over the past few months, and it was now time for a revival. There’s talk about Banks being with flush with funds, and a predictable interest rate cut will lead to easy lending, thus creating a demand for the white money driven primary residential sector. But for that to happen we need a new set of brave buyers to step forward and we also need the secondary market to correct more, and correct first.

That isn’t difficult. With cash drying up, most secondary market sellers, most of whom have made a profit (not extraordinary profits) will settle for all white deals, compromising on the cash part. The correction will thus happen by default. However, this will happen in markets like Gurgaon and Noida where high circle rates have always ensured that the cash component in resale deals remains low. A fall in secondary market rates will put pressure on developers to reduce rates till wherever possible.

Metros like Delhi and Mumbai where the cash component has traditionally been high are looking at a long period of uncertainty with buyers and sellers unable to agree on how to transact a deal. It’s important here that the money transiting through Banks doesn’t get withdrawn as cash. It needs to be leveraged by buyers and their lenders to ensure all white deals. Though they’ll be reluctant, sellers will have to compromise on rates. The percentage of compromise could be anything from 15 to 20 points.

But will a steep price fall create a demand? It will, if the fall isn’t too sudden and too soon. However, Indian investors and developers have a lot of inherent stubbornness, so they won’t be yielding or selling out soon. What’s going to make them come to terms with price cuts is the effect that demonetization has had on their primary businesses. If they need to put in funds, they’ll have to raise funds, and so they’ll have to sell out a part of their hoarded collection of real estate assets. And a really good real estate asset is always a good asset for a buyer on the look out.

So contrary to public perception, demonetization has affected every sector, not only real estate. But the public’s perception also is that the effects of demonetization are going to be positive, and if that holds true, then the real estate sector will come out corrected and reformed.

What about the rest of the real estate sector? Will talk about it in my next post.

Arun Prakash I'm someone who's been around in India's real estate space for a while now. I love blogging on real estate, just as I love pitching it.

Arun Prakash I'm someone who's been around in India's real estate space for a while now. I love blogging on real estate, just as I love pitching it.
« Market Overview of Noida Real Estate- Brighter Times Ahead
GPRS is back in Delhi ! »