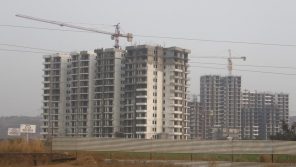 This is not the calm before the storm; in fact, the storm is finally over for the Indian real estate sector as it seems to have got into recovery mode courtesy several Government measures, sops and lower GST rates among other positive developments. Several reports talk about how there are sunny days ahead for Indian real estate going by recent trends and they seem to be absolutely spot on. Well we’re sure this should give some welcoming respite to developers and industry professionals in spite of the sweltering heat!

The real estate sector has been boosted by an overall clean-up move by the Government that started with demonetization and then RERA followed by GST. These moves have contributed towards higher transparency and accountability in the sector, leading to improved buyer confidence and interest from investors. Additionally, the PMAY (Pradhan Mantri Awas Yojana) incentives for first-time homebuyers are proving to be a major catalyst for growth of the affordable housing sector. The affordable housing segment is now the buzzword for the realty market and it has already received infrastructure status with the Government going ahead with its blueprint of Housing for All by 2022. This means that more developers are now coming up with affordable housing projects across major Indian cities.

The Union Budget 2019-20 was also a booster dose for the sector since it introduced several measures that incentivized buying of second homes for usage or investment alike. These include the increase in the TDS limit to Rs. 2.4 lakh from Rs. 1.8 lakh on rental income, zero taxation on notional rent assumption on self-occupied second homes and exemption of capital gains for an individual once in a lifetime up to Rs. 2 crore on purchase of two properties. Additionally, the increase in personal income courtesy the Government’s move to have zero taxation for income up to Rs. 5 lakh has been another positive move. GST has also been reduced to 1% from 8% on affordable housing and from 12% to 5% on under construction properties. This has also contributed to the recent spike in sales figures for most developers.

The Indian real estate sector seems to be on an upswing going by the current market trends. Here are some key aspects worth noting in this regard:

Reports state that the real estate services space in the country has witnessed overall growth of 7.3% for the quarter between January and March 2019. IT and ITeS companies were a major driver of demand for office and commercial spaces and leasing share for these companies went up to 33% in Q1 2019 as compared to Q1 2018. This indicates steady growth for the commercial realty segment which will naturally drive demand in the residential category as well.

Experts feel that multiple policy measures for easier liquidity levels and smoother construction along with the first ever REIT listing for the country have contributed towards this growth of 7.3% for the industry in the period mentioned earlier. The emphasis on offering more advanced and smart living spaces in the future along with a boost to the office space category from the switch to IWBI (International Well Building Institute) WELL Building StandardTM certification will shape the sector going forward as per experts. PE investments have flowed into the sector from entities based in Canada and the United States along with Singapore which is the biggest source of PE funding. PE and venture capital funding for Indian real estate has touched a whopping $249 million for the first quarter of the year and it reached $4.47 billion for 2018.

Overall investments have been $2.5 billion for Q1 2019 or approximately Rs. 17,682 crore. There have been multiple initiatives taken by the Central Government to boost the sector along with several State Governments as well. There are new opportunities in commercial, residential, retail and hospitality categories that developers are looking to tap along with new opportunities in segments like logistics and warehousing. Experts are forecasting growth of the real estate sector in India to $650 billion by the year 2025 and $850 billion by the year 2028. It will reach a sizable $1 trillion by 2030 according to reports.