Choose your Staircase Direction as per Vastu | Tips, Remedies

Many people build their homes according to the principles of Vastu, as it is believed that it influences the energy in the house. And while it is essential to imply the rules of Vastu during the construction of the central areas of the house, make sure that you apply them to the unimportant areas as well.

One of these areas is the staircase. As per Vastu staircase must be built according to the prescribed principles so that there are no negative vibrations in the house. We have combined for you all the necessary principles of the Vastu which should be used to construct the stairs in your house. 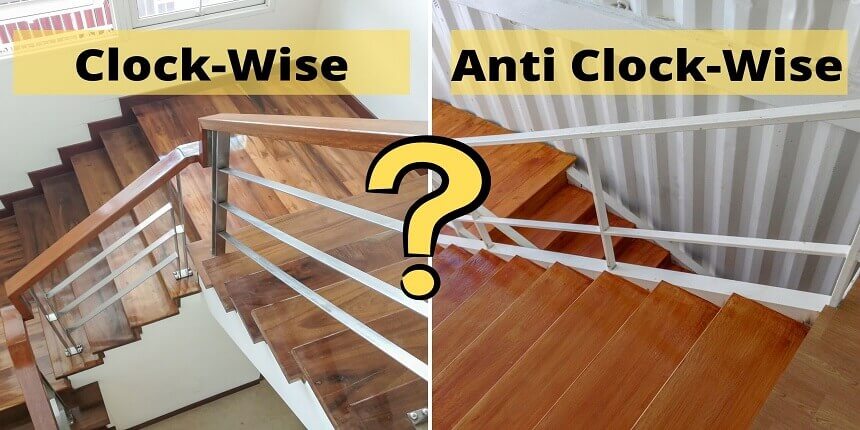 Internal staircase as per Vastu 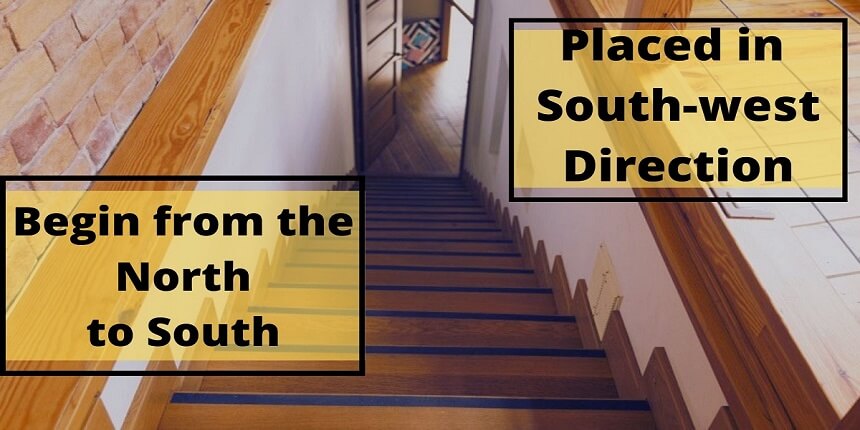 The internal staircase as per Vastu should be placed in the South-West direction of the house. Positioning the staircase right at the entrance of the house is a common decision and according to the Vastu experts, the South-West location of your property is considered as an ideal point to construct the internal staircase. Additionally, West and South are considered to be the next best option.

Other important tips for internal staircase as per Vastu are: External staircase as per Vastu should always be built in the following directions:

The North-East direction is considered the worst to build a staircase. So, whether you are building an internal or external staircase, make sure that you avoid this direction of the house.

Number of steps in staircase as per Vastu 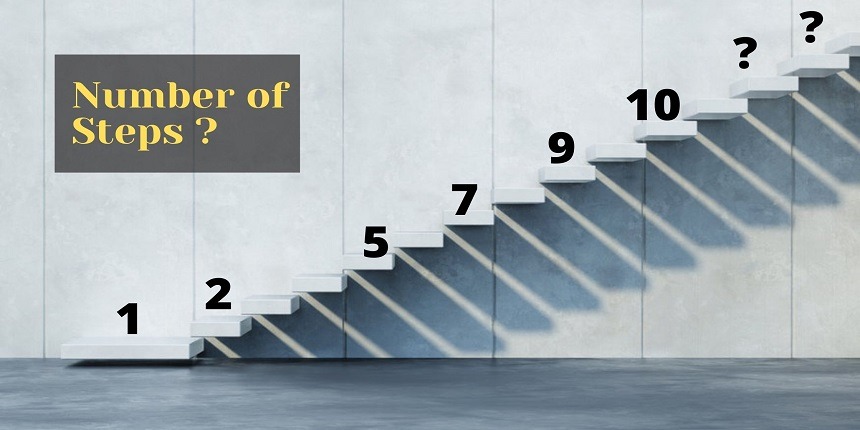 As per Vastu, the number of stairs in your house should be an odd number. Additionally, keep in mind that the number should not end in zero. The reason for the above two suggestions is that most of the people are right-handed and they put their right foot first while climbing the staircase and also end on the same foot.

Staircase design as per Vastu

For the internal and external staircase, rectangular and square staircases with bends in the right angles are considered to be the best shapes as per the principles of Vastu. If the staircase is too high or is too steep then it would result in the exertion of the person using it. So, whenever he/she will use it he will feel drained out of energy. And for the same reason, the experts always ask the property owners to not build a spiral staircase.

Staircase colour as per Vastu 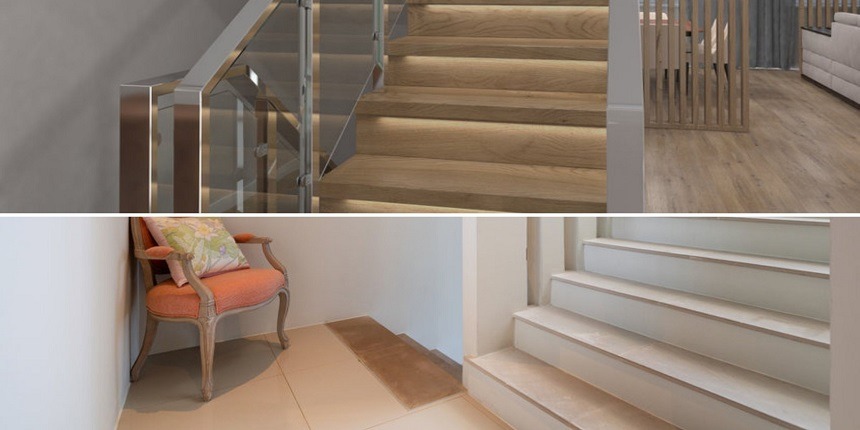 If you have to paint the banister or the stairs, then they should always be painted in light or neutral colours. Dark colours are often associated with negativity in Vastu, so it is suggested not to use dark colours like red or black to paint the stairs as it will result in the increase of negative vibrations in the house. To add that extra oomph, you can add wallpaper to the wall adjoining the staircase. But make sure that it is not of a dark colour.

Place of construction as per Vastu

The stairs in the house as per Vastu should not be constructed in a way that they are fully visible to the guests entering the house. The staircase must not be built right in the middle of the house. It is believed to be inauspicious if the stairs are completely visible to the guests. The best location for staircase as per Vastu is that it should always be built on the side of the house to make sure that there is a flow of energy.

A staircase that is built right at the entrance of the house symbolizes imbalance according to the principles of Vastu. A hack to cut off this imbalance is by placing small indoor plants in front of the staircase.

Position of doors around staircase

Doors should be constructed at the ending or beginning of the staircase. It is important to keep in mind that the staircase and lift as per Vastu should not touch the eastern or northern walls of the house.

The usage of space under the stairs as per Vastu 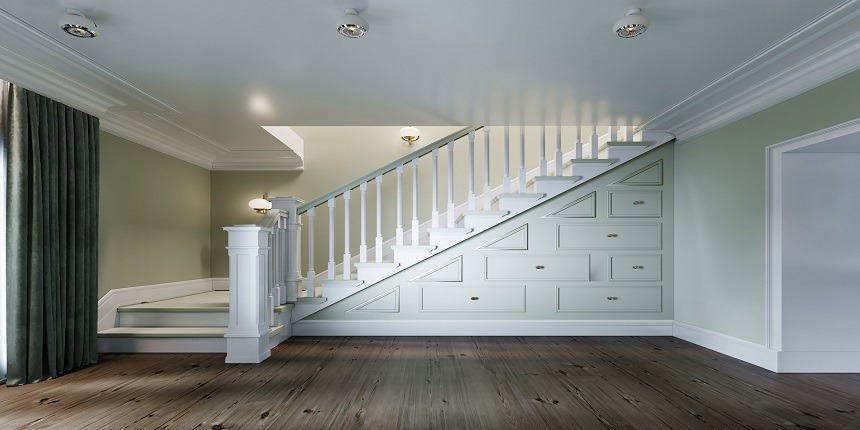 Vastu tips to decorate the staircase

As per the principles of the Vastu, the walls adjacent to the staircase should not be adorned with family photos as it is believed that it could result in quarrels/differences between the family members. It can cause a long-term negative impact on the health of the members. Try and decorate the walls with modern or abstract art, wall art related to nature, flowers, and lush green areas. Another thing to keep in mind is that you should not hang a mirror in front of or beneath the stairs as according to Vastu, the reflection of the stairs is bound to attract negative energy into the house. Also, do not place an aquarium or fountain under the staircase. Make sure that you lighten up the staircase and keep it well-lit. The handrails or the stair rails as it is commonly called are used for the purpose of safety when climbing the steps. So, when you design your staircase make sure that it is not only stylish but also comfortable as it will be aiding in the purpose of climbing up and downstairs. Stone or marble rails are advised for stairs in the house as per Vastu. It should be constructed in the South-West direction. If you have stairs in the West direction then you should opt for metal railings and for the South and East staircase you should make use of wooden rails.

Keep in mind that today’s modern designs do not make any use of the handrails which might be trendy but the idea is highly dangerous.

Usage of stairs along the staircase

According to Vastu, you should not hang pictures of your family or loved ones on the walls along the staircase. However, you can decorate it up by adding great artwork which can be both modern or inspired by nature. You can also add wallpapers on the wall if you want to spice things up. Make sure that the colour of the wallpapers is light or neutral. Light up the staircase and let the magic happen.

Important things to remember while constructing a staircase

Keep in mind these staircase designs as per Vastu

Unpreferred designs as per Vastu

Gone are the times when the staircases were just used to travel and climb, today these are statement pieces of furniture that speak volumes about your personality and style. It is supposed to make the house more beautiful and modern. But, sometimes in order to make it more stylish, the owners and designers tend to overdo it, rendering in vain the basic purpose of it. The practicality of it is destroyed making the stairs either uncomfortable or painful for the resident.

Impact of a defect in Vastu for staircase

It is important that you design your stairs in house as per Vastu as it has a dynamic effect on the overall setting of the house. Even though the staircase in the house is not carefully designed, you must not follow that path.

It is believed in Vastu that any kind of movement in the house affects the health, daily operations, and well-being of the people living in the house. That is why it is considered important to design the stairs as per Vastu because it results in the overall efficiency of your house. As per Vastu, any deficiency or defect related to the structure and orientation of the stairs results in major and minor accidents in the house. Faults in the design can hamper the flow of the resident’s movement within the household. It makes the entire living a bit inconvenient.

So, in order to align your entire house in a systematic and positive way, as per Vastu staircase must be designed following the described principles so that there is a synergy in the house.

Which direction is good for the staircase?

As per Vastu staircase should always be constructed in the Southern or Western direction of the house. Stairs in house as per Vastu should never be built in any other direction as it is believed that it leads to financial losses.

How many steps should be in the staircase as per Vastu?

Can stairs be in front of the main door as per Vastu?

Staircase location as per Vastu should not be built in front of the main door or the lift of the house. It is not considered to be auspicious and leads to the decline of the prosperity of the family members.

Though Vastu is not an essential element of living, it does help in living a healthier life, as it is believed. Vastu is considered to be the science of the environment one is living in. The energy of the environment that you live in results in the generation of the same energy in your mind.

How does Ratan Tata’s home look like? Address, Price, Images

Ram Charan House: A blend of Luxury and Heritage