Home » Buyer's Corner » Buyer's Guide » What should you do if your developer refrains from giving you the occupancy certificate?

What should you do if your developer refrains from giving you the occupancy certificate? 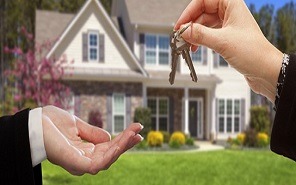 The occupancy certificate (OC) is a very important document that you should ideally receive from your real estate developer. In several cases, however, buyers do not get the OC in hand from their builders who instead ask them to take possession of their homes without the same. There are many people who have already paid the full outstanding amount to their developers post getting the letter of possession although the occupancy certificate continues to elude them.

However, those stuck in such situations do not really have much to do in usual scenarios. Not paying the amount outstanding means that the developer will charge considerable interest on the same. These people are the ones also paying up the maintenance fees and charges. However, some buyers are stuck on the OC before they claim possession of their properties. In some cases, many buyers have complained about developers threatening to take back or cancel apartments in case possession is not taken within a particular duration.

What the OC (occupancy certificate) stands for

Under RERA, a building/structure is only deemed completed once the occupancy certificate or OC is obtained for the same as per experts. This is the final document which confirms that the home can be moved into. Without the occupancy certificate (OC), the home may be fully ready but it will not be certified by the requisite authorities as being ready to be used by people. As a result, the OC is really important and should be provided to buyers.

Buyers should remember that occupancy certificates are not compulsory documents for registration of property. However, this does not mean that it is not an important document. It comes into being as legally compulsory whenever buyers apply for the khata or ownership title after registering a property. There are many cases where the occupancy certificate does not become available and these are situations where builders have usually changed the project layout from the plans originally approved. In cases like these, buyers have to resort to means which are illegal for obtaining the khata.

What to do if your developer does not give you the occupancy certificate?

Homebuyers should be alert

Homebuyers should be alert about the pitfalls of not getting the occupancy certificate and should insist on the same prior to getting possession. Many buyers continue taking possession of flats without the OC due to various reasons. There are several developers who wish to garner the final instalment from buyers earlier and apply for OCs for projects which are not fully completed and hence make the process illegal. Thereafter, they dispatch the letters of possession to buyers, directing them to move into their homes without the OC which they promise availability of at a later date.

In case the homebuyer does not adhere to the directive, developers ask for interest on the amount outstanding which includes the security deposit, maintenance fees and the final instalment of payment. Due to such issues, homebuyers often have to take possession without getting the OC. Those who have their entire savings stuck in long-delayed projects have no choice but to take possession since they wish to save monthly rentals.