Will the Government package of Rs. 25,000 crore truly revive the Indian realty sector? 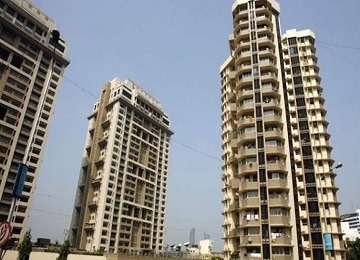 Indian real estate has been in a quandary right from demonetization onwards and even when GST (Goods and Services Tax) was introduced. RERA, the real estate regulatory authority, came as a major change for the sector as well. However, the slump in sales volumes led to considerable inventory for developers while several real estate projects remained stuck on the side-lines for various reasons, leaving innumerable buyers in the lurch.

Since then, the Central Government has worked hard to get the sector back on track with its Housing for All by 2022 mission that promotes affordable housing, PMAY (Pradhan Mantri Awas Yojana) and CLSS (Credit-Linked Subsidy Scheme) benefits and interest subsidies, infrastructure oriented developmental policies, tax sops and lower rates of interest on home loans for buyers, a cut in GST rates for both affordable housing and under-construction units and many other incentives for encouraging home ownership. RERA and other policy changes have also cleaned up the real estate sector and made it more accountable, transparent and welcoming for end users and investors alike. While the results are showing in terms of higher festive season sales of homes, lowering inventory and increasing buyer interest, the fact remains that real estate is still affected by a liquidity crunch.

At this juncture, the Central Government has come up with a major bail-out solution of Rs. 25,000 crore which will cover a minimum of 1,600 projects that are stalled or stuck at the moment in various stages of construction. Will this decision by the Government truly revive Indian real estate? Let’s find out!

Key aspects of the bail-out package for real estate

The Central Government has already approved this fund of Rs. 25,000 for bailing out the Indian real estate sector and will be contributing Rs. 10,000 crore itself. The remainder will be contributed by Life Insurance Corporation of India (LIC) and State Bank of India (SBI). Union Finance Minister Nirmala Sitharaman confirmed this fund after obtaining approval from the Union Cabinet for offering high-priority finance for finishing stalled real estate projects in the mid-income and affordable housing categories.

Here are some of the core facets behind this package-

What do experts feel about this move?

Most experts and industry players have hailed the decision taken by the Central Government and approval of the emergency real estate fund will help numerous developers and most importantly, thousands of buyers who are still waiting for their housing units to be completed. They feel that this move will clear the scepticism linked to the overall timeline for establishing this emergency fund and the actual execution of the same. Many affected homebuyers will finally get a glimmer of hope with regard to getting possession of their housing units.

Many experts feel that this is the ideal time to introduce this move since the delay in establishing this emergency fund was leading to major anxieties amongst industry players. Multiple projects which have stalled owing to bankruptcy issues and legal proceedings against their developers, will also be eligible for garnering funds in case they have not been referred already for liquidation. As per reports, 5.76 lakh units that were launched in the year 2013 or even prior to the year, were stuck in diverse construction stages in India’s top 7 cities. That number seems to have come down a little, going by the Government’s report. The number of stalled projects are the highest in the MMR and NCR (approximately 2.10 lakh units in MMR and 2 lakh units in the NCR). The approximate valuation of these stuck projects in the two regions can be a cumulative amount of Rs. 3,60,000 crore.

This move will be a bright spot for the beleaguered Indian real estate sector which had just started to come out of the red when IL&FS defaulted on paying loans. This led to NBFCs (non-banking financial companies) being affected and the entire sector, which covers HFCs (housing finance companies) restricted lending and exposure to real estate, leading to a liquidity crunch in a major chain reaction. NBFCs and HFCs are major funding sources for developers of real estate projects in India. The IL&FS collapse has deeply affected the sector since builders do not have adequate capital in hand for finishing projects which are stuck.

How this could help builders

Builders may be helped immensely by this recent decision of the Central Government since reports estimate that Indian real estate sectors will have to repay approximately $10 billion or more than Rs. 71,000 crore in loans in H1 2020. Defaulting in repayment of these loans may spread the banking crisis even further. Bankruptcy cases have gone up amongst property developers over the last year or so which has added to the problems plaguing NBFCs. The Government has tackled the real estate issue in a timely manner since this will have an impact on the health of banks and NBFCs alike.

As per Insolvency and Bankruptcy Board of India reports, several developers are currently facing insolvency proceedings and are under the resolution mechanism and most of them may miss their deadlines for repaying their loans. New project launches have also fallen by a whopping 47% (year-on-year) on account of lower liquidity levels for builders. The real estate stress fund has certainly come as a welcome relief measure in the current scenario although more needs to be done in terms of scaling up housing affordability in relation to demand. Experts feel that taxation can be more streamlined for this industry since developers have to pay GST, stamp duty and many other taxes. Stamp duty charges on registration of property in India are considerably higher as compared to other global economies.

Some of the factors to be kept in mind

Some aspects that need special mention

As can be seen, the Indian Government has taken a bold and much-needed measure for addressing the real estate sector woes. This move is expected to bring much-needed relief to developers and homebuyers across the country while also reviving the sector to a large extent.