With more REITs in the offing, Indian real estate to undergo a swift makeover 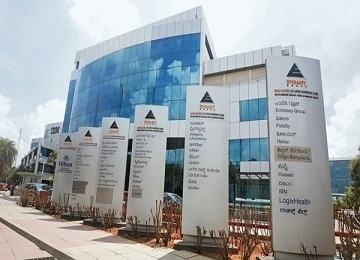 Indian real estate is witnessing the winds of change, a phrase made memorable by none other than Bob Dylan. With increasing market transparency and positive reforms implemented by the Central Government, Indian real estate is slowly shaking off its multi-year slump en route towards eventual recovery and growth.

In this context, several new developments have impacted the sector positively, notably the listing of India’s first REIT, namely Embassy Office Parks. Experts now feel that there are more REITs in the offing and these will naturally aid the growth and development of the sector going forward.

Several studies and reports have forecasted that Indian real estate developers may raise in excess of $25 billion over the next 3 years. This will be achieved by listing of commercial properties that are rent-yielding, via REITs or Real Estate Investment Trusts. The entire real estate landscape will undergo a sea change with more REITs on the horizon.

Earlier in 2019, Blackstone, the noted global investment powerhouse launched the first Indian REIT in collaboration with real estate developer Embassy Group. Embassy Office Parks, the JV firm, listed several rent-yielding assets accordingly and the REIT was successful in raising Rs. 4,750 crore. Experts believe that more than 150 million sq. ft. of Grade A office units that yield rent, will be listed across the country’s top 7 cities. This will naturally encompass 20-30% of overall Grade A office stock in these major cities.

India’s top 7 cities, namely Mumbai, Delhi-NCR, Chennai, Kolkata, Hyderabad, Bangalore and Pune, already have an estimated 550 million sq. ft. in Grade A office stocks. Out of this tally, experts feel that close to 320 million sq. ft. can be absorbed under REITs in the near future.

Why REITs will soon dot the Indian real estate industry

According to reports, the successful initiation of the first listed REIT in India is working as a major beacon of hope for the real estate industry. The market response was hugely positive to Embassy Office Parks’ REIT and its good performance subsequently has attracted more investors to tap similar REIT opportunities in the future.

This will naturally open more funding channels for real estate developers, many of whom are already keen on getting their commercial portfolios listed. Prestige Group is already in discussions relating to the listing of a commercial REIT in the near future. The Group has already started separating its office, hospitality, residential and retail divisions. A retail REIT may also be launched by Prestige Group when the time is right, according to reports. Many other entities are already considering similar plans and these include Godrej Properties, RMZ Corp, Panchshil Realty and K Raheja Corp.

Commercial real estate players will be able to enjoy enhanced liquidity levels through REITs while also being able to tap greater value from assets. For investors, this is a good channel where annual returns up to 12% or even more can be garnered from a long-term perspective. This makes REITs really viable propositions if one compares other investment avenues which are subject to greater market volatility.

Other major developments to be noted

SEBI (Securities and Exchange Board of India) Chairman, Mr Ajay Tyagi and other senior officials recently held meetings with several leading foreign investors in the United States. As per their statements, there was major interest from these investors with regard to investing in REITs and InvITs which are infrastructure investment trusts that have assets surpassing $10 billion. This augurs well for the sector going forward.

Experts believe that the residential segment will still take some time before being transformed by the REIT wave. Rental housing, in the meantime, will become more enticing for investors on account of the draft Model Tenancy Act of 2019. Residential REITs will only be successful in the future, according to experts, in case they offer better rental yields as compared to 1-3% garnered presently.

Embassy Office Parks REIT has witnessed appreciation of almost 35% in prices over the last 6 months post its listing in April 2019. This has been a major positive for developers who are seeking improved liquidity in the current scenario. Many developers who have income generating assets are now seeking listings for their assets via REITs. There are players like Salarpuria Sattva and K Raheja Corp, which are Blackstone’s partners in the country, who are interested in taking the REIT route. K Raheja Corp is looking to list a jointly owned portfolio exceeding 20 million sq. ft. by March next year as per reports.

Investors have shown marked preference for the only listed REIT in the country over the last couple of quarters. The performance of the REIT and seamless distribution of dividends have naturally opened up the sector for more REITs to follow. REITs will be a more feasible option for developers who are ardently looking to combat the current liquidity crunch in the sector as per experts. Embassy Office Parks started out at Rs. 300 per unit in terms of its listing which has naturally appreciated manifold since then. This is the highest such rise in comparison to several global counterparts according to studies.

What the future holds

The REIT price has gone up due to Rs. 5.4/1.8% (whichever is more) of quarterly distribution of dividend. The REIT listing is also a part of the FTSE indices of the London Stock Exchange, namely FTSE APAC Mid-Cap and FTSE All World. The market cap of Embassy Office Parks REIT has gone up to more than Rs. 31,000 crore based on appreciation in stock prices. REIT opportunities may be explored by major investors like GIC, Brookfield and Canada Pension Fund among others. REITs are now perceived as considerably less risky investments with decent annual returns.

Demand is also high for quality Grade A office/commercial assets in India, a trend that is expected to continue in the foreseeable future. Those who have already pumped in money for the first REIT, are of the opinion that they could invest in commercial realty at significantly lower levels for entry. This was something that was not possible previously and hence REITs will keep drawing investors who are looking for diversification of their investment baskets. Naturally, with more REITs in the future, Indian real estate will undergo a positive makeover.

Resident Editor
« NRI’s Invest Back in India to Live their Sense of Belonging
Tax structure simplified for buyers looking for ready-to-move and under construction properties. »