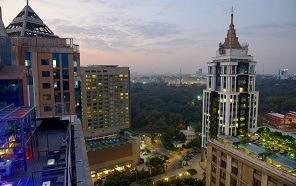 There is always light at the end of the tunnel as the iconic phrase goes and it is true for India’s real estate sector as well. Back in 2015, the sector was reeling under the impact of demonetization and then there were back to back ripples courtesy the introduction of RERA and GST. However, these measures actually cleaned up the sector, rid it off the black-money stigma and also increased overall confidence of buyers and investors.

The Government then came out with several positive measures including lower GST rates on under construction and affordable properties along with emphasizing greatly on affordable housing with PMAY interest subsidies and more. Recently in the proposals given in the Interim Union Budget, there were several that pertained to encouraging people to invest in second homes. Some of these include zero taxes on notional rental income for self-occupied second homes, capital gains exemption up to Rs. 2 crore on two homes once in a lifetime and also increase in TDS threshold to Rs. 2.4 lakh from Rs. 1.8 on rental income. Several Indian cities have already started reaping the rewards of these measures and are now posting steady growth in terms of real estate sales and launches alike. Bangalore has got back on the accelerator in terms of realty growth and experts forecast a steady rise in prices as well.

Property prices may rise by 10-15% in the Garden City

Bangalore is already reaping the rewards of sustained growth in its property market and increasing demand may lead to property prices going up in the mid-term or even short-term as per several experts. Additionally, there remains the concern over the construction ban on new apartments which is reportedly being considered by the Karnataka State Government.

In case the Government considers such a ban for a sustained period of time, property prices may immediately increase by a whopping 10-15% since there will be soaring demand for ready to move properties and developers will scale up prices throughout the entire period of the ban if it is imposed. This ban, if it comes into effect, will also be affecting new projects, 328 of which are reportedly lined up for approval from authorities, going by the K-RERA site.

The Government has not clarified whether this ban will apply to ongoing construction. It will probably not apply to the same as is the consensus amongst industry players at the moment. 106 new residential apartment projects have already been launched till date according to reports and should add another 18,600 housing units to the city’s inventory levels.

Average property prices have anyway increased by 6% in Bangalore over the last couple of years which is the highest such growth rate amongst metros according to some experts. Average prices in Bangalore currently stand at Rs. 4,950 per sq. ft.

Bucking the slump-esque conditions in several other markets, Bangalore’s residential real estate market is back on the fast track towards growth as per recent reports. Here are some of the key factors to keep in mind:

As a result of steady growth, higher demand and swiftly reducing inventory levels, Bangalore may witness a rise in property prices in the near future. However, a ban on new construction may expedite price growth although it will negatively impact the industry. One can only hope that Bangalore continues its growth momentum without any impediments towards future progress.

Resident Editor
« New regulation concerning minimum area to spark development of newer projects in Gurgaon realty market
Rs. 1 lakh crore worth of business opportunities to be created by the co-living sector within 3-4 years »

From 2020 predictions to latest projects, here’s taking a comprehensive…