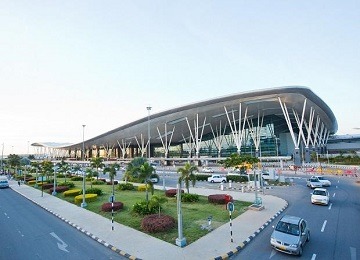 It’s all about the power of the young. If that statement sounds somewhat fairy tale-ish or straight out of a Games of Throne page, let it suffice to state that the youth are indeed at the cusp of the greatest power in India, one of the world’s fastest growing economies. That power is consumer power which the youth have aplenty and businesses are already recognizing this show of strength if you will across various sectors, going by recent consumption patterns. Real estate is no exception to the growing predominance of younger buyers.

This could certainly become a major trend cum market audience for real estate developers in the long run, seeing that India is forecasted to have one of the most youthful populations globally over the next couple of decades or even more. Talking of youthful predominance in real estate, one must mention recent trends in Bangalore. The Garden City has always been a hub for intelligence and technology courtesy its undisputed status as the Silicon Valley of the country and its lure for the best IT, ITeS, start-up, pharma and biological sciences, research and academic minds of the time. Bangalore is a bustling, youthful city and now the younger homebuyer is making his/her presence felt in the real estate market as well.

Bangalore draws a large number of young professionals from other Indian cities and there is a continual influx of new citizens for professional purposes here. The local population is also growing at a steady rate. Real estate developers in the city have noticed a steady rise in numbers as far as young homebuyers are concerned.

As per several reports, Bangalore, Mumbai, Pune, Chennai, Hyderabad and New Delhi are among the major cities where average homebuyer ages are sliding down like never before. Bangalore draws a huge population of white-collar professionals every year from other locations due to the growing IT and ITeS sector and this has led to sizable housing demand from this young population as per real estate developers. Several experts have stated that millennial professionals, particularly in the IT sector, are drawing attractive pay packages and this has ushered in more confidence among this buying audience with regard to investing in real estate.

Some other market trends to watch out for

As per reports, millennial homebuyers are choosing more compact housing units, mostly 1 or 2 BHK units which are priced reasonably with good resale value and prospects. They are looking for homes in locations which are properly connected and seek projects by well-established, trusted and reputed real estate developers/brands.

Developers are also coming up with smart homes or technology enabled housing units to draw millennial customers as per reports. North Bangalore is already a hotbed of real estate growth and one of the biggest investment hubs in the whole of South India on account of multiple infrastructural projects. There are several wide roads and expressways being developed here while there is good access to several upcoming business parks and the Airport. Commercial space is readily available here along with social amenities such as educational institutions, clubs, hospitals and so on.

Home ownership is also being preferred by millennial buyers on account of the higher rental costs in Bangalore like other metro cities. Younger buyers usually desire locations which offer decent social infrastructure. However, these areas usually come with high rentals for housing units. 2 BHK units in happening zones can touch Rs. 35-40,000 every month or even more. The same amount would be better paid as a home loan EMI in case the younger buyer chooses a property that is ready to move into. He/she will build a long-term asset while also enjoying value appreciation over a sustained duration.

Real estate developers have also noted that several fence-sitters are now coming forward to buy homes due to renewed confidence in the sector, higher accountability for developers courtesy RERA, Government initiatives like PMAY, lower GST rates and reduced rates of interest on home loans. Buying a home is one of the biggest financial decisions that a millennial will take in a lifetime. As a result, the buying decisions were slow to come by over the last 1-2 years although demand is now increasing steadily in the city as per experts. Another factor that has worked in favour of the Bangalore real estate market is the fact that it is majorly driven by end-users which is the same story in the Hyderabad property market, something that is not a forte for many other key cities where property markets were chiefly investor-driven in the past.