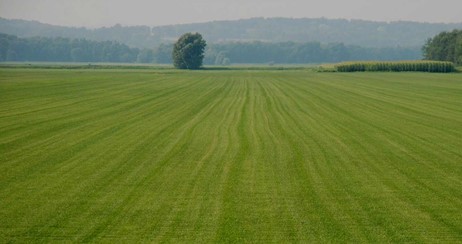 Bhumi Abhilekh Naksha map is the map of a piece of land that one owns in a village. This is available online on the government portal. Different states have different names given to the Naksha or map. In Jharkhand state it is known as jharbhoomi bhu naksha.

Satbara Utara is an extract from the register maintained by the revenue department of Maharashtra. Satbara Utara gives information about the owner’s name, survey number and the measurement of the area.

Bhumi abhilekh Naksha has been created by the government of India. it has been created to bring in the organization in the digitally recorded land information. The entire process was used to be done offline previously. It consumed a lot of time and the people were put to a great inconvenience whenever they needed to check with their land details. It relates to Jamabandi, Khatauni, etc. Jamabandi and Khatauni were the way records were kept manually. Bhumi abhilekh Naksha came into existence in 2020. In a way, it’s the map of the land. It is also known as jamin ka Naksha. The new system has brought in greater transparency because it’s digital. In the past, it was very difficult to have access to your land records. The process was quite complex and cumbersome. In this new system, land information with different descriptions and different types are kept and maintained.

There is a digital record of it. There are some steps involved to check the Bhumi abhilekh or khatoni Naksha. If you wish, you may have a copy of khatoni from the system. The official website for it is bhulekh.mahabhumi.gov.in. You can visit this website and type bhulekh manchitra. There is a step of entering the captcha code. You will get the captcha code in the dialogue box. You click on “submit” after entering the captcha code. There is another step in selecting the district name. you will get the name of the district from a given list. There is a way to select the Tehsil also. You will get a list of Tehsil also. you should try to locate the name of the village. You should select the village name. You should also click on account number and the name of the account holder. Now, you should click on “Evaluation”. Now, the account number, the name of the account holder, name of the district, land record number, etc. will appear on the screen. You can get a copy of it printed if you want. You can also get the printout.

The government of India decided to implement a scheme that will be administered centrally. The National Land Records Modernization Programme initiated the program. The aim was to strengthen the system of revenue collection. It also supported the administration of the revenue department. The purpose was to bring in modernization in land management and land record. The purpose was to reduce the number of disputes related to lands. There was greater transparency in the system. This honesty has made it possible to provide people with authentic ownership of properties. The computerization was a novel endeavour that included the computerization of land records. There has been an integration of text-related records. It was also decided to include survey and settlement records. A cadastral record was also kept.

There is a provision for open-source application. There is a management of a digitized cadastral mapping system. After customization, Bhumi abhilekh can be integrated with the land application. This system is applicable in all the states of India. There is a facility of Postgi spatial module that is used for keeping spatial attributes of the plots of land. Dedicated servers were pressed into service for maintaining transparency in the area of land records and mapping. There is scope for scanning, digitization, and verification of cadastral maps. There are ROR databases that are quite diverse. It has been distributed across the states.

Step 2: Select the division or district. You should select the district where your land is located.

Step 4: Captcha and OTP. You should click the captcha into the box and verify it.

Step 5: Now you can view Satbara Utara. You can verify the details of the landowner.

Construction premiums slashed to half in Maharashtra

How to avail PMAY subsidy