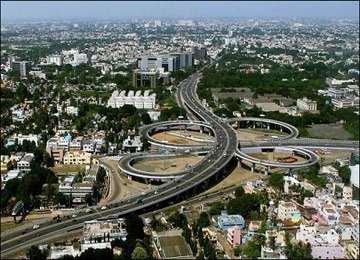 In spite of the downturn of the last four years, Chennai has managed to remain somewhat stable because job opportunities in the cities were more or less better than other parts of the country. Industry experts at a real estate summit awards function hosted by the Federation of Indian Chamber of Commerce and Industry and the New Indian Express opined that Chennai not only was in need of marketing abroad, but also to other areas of India itself if it was to draw more investments. New avenues were being looked into like co- living and it was required at this time to reengineer the city to what was available.

Chennai too went through its bout of downturn but according to experts, it was only cyclic and the city had the capacity to bounce back. The CM Palaniswami had visited abroad to bring in more investors and it was time that a real time Master Plan for Chennai was created. CREDAI was already pushing for the housing department to come up with new plans. It is expected that the real estate sector would be revived in the next 18 to 24 months as new players entered the market hinting that the downturn was structural. However, the crisis of NBFCs had also led to a cash crunch and liquidity problems in the region. The customers were also waiting for the projects to be completed before they started investing and the developers do not have the liquidity to go on and they cannot rely in NBFCs anymore. The entire real estate sector was in the cusp of a huge change. Home sizes were going down and the offices are also becoming more efficient and they have reduced from 100 sq feet per person to 70 sq foot per person.

What experts have noted

It has also been noted that warehousing was not investing Indian investors as much as was expected and the response had been lukewarm. This is why some foreign investors were needed to invest in this department. Moreover, co- working spaces are also becoming a popular trend in the country and about 10 lakhs units are needed.

In spite of the drawbacks and the slump in the real estate sector and the packages that were meted out to cover some of the problems, one good thing to be noted was how the real estate and property market in the South Indian metro cities was holding up. Chennai had fought out this phase and in fact, it was noted that there was an increase of 25% of housing sales in the first six months of 2019 whereas everywhere else across India there was a downturn. It also has the least delayed housing stock among the top cities of India as was seen in a recent study. The city has just around 8650 units that were delayed and these units, with a total worth of INR 5000 crores, had not been stalled or cancelled completely.

How Chennai’s realty sector is shaping up

It is to be noted how the realty houses in Chennai could manage this and it was mostly by limiting new launched, focussing more on the delayed projects and bringing them back on track and building apartments that were more affordable for the people of the city at that time. This had remarkable results of course. This is exactly the opposite of what the markets in Delhi NCR region was up to, investing and betting heavily on the luxury projects which have largely remained unsold. About 1.18 lakh units are lying incomplete in NCR alone.

The sales in Chennai are better than its southern counterparts of Bangalore and Hyderabad and the IT capital’s realty sales also went up by 9% and in Hyderabad it went up by 12% this year. Chennai had a growth of 25% in comparison. Moreover, the market in Chennai was not solely dependent on auto and auto ancillary business that is also facing a tremendous downturn. It also has a very evolving services sector, IT sector and ITeS, along with electronic hardware.

The popular trend of making luxury apartments, combined with inflated rates, had spelled doom for many Indian cities whereas in Chennai, almost two thirds of the housing supply had been in the affordable range. 38% of the units were priced between INR 40 to 80 lakhs and another 36% were priced below INR 40 lakhs. The average prices have corrected by 2% in the last four years, since the slump became perceivable since 2015 and currently stands at INR 4950.

A break up various market dynamics have been offered by some property consultants and it was noted that South Chennai was the most active housing market with the best equilibrium in supply and sales. Medavakkam and Sholinganallur were other important micro markets. Planned initiatives with under- development infrastructure is sure to unlock latent potential for quite a few emerging localities to create opportunities for further real estate development across asset classes.

Chennai drew about USD 2 billion of institutional investments since 2015 and nearly 14% of the total investment deployed to the country. The slowdown of the auto sector had not been able to hit the city much at all and its diversified economy had kept the economy floating comfortably. There are more than 20 electronic hardware technology parks situated in the major IT- centric SEZs of Sriperumbudur, Oragadam and Mahindra World City. There is also an upcoming aerospace park coming up at Sriperumbudur that spans 250 acres and will result in continuous growth. The majority of the housing demand in Central and South Chennai arises from the IT/ ITeS sector demand in the peripheries is mostly driven by manufacturing industries.

The unsold inventory in Chennai is somewhere around 31,500 units that has an overhang due to liquidation of approximately 30 months. Around 51,000 new units were launched in 2015 and 50,000 units were sold in the micro markets in Chennai at the same time, in Medavakkam and Sholinganallur as mentioned earlier. The city’s strong connectivity to Ennore Port and the strong service operators in automobiles and electronic hardware has kept the economy stable.

Some planned infrastructure will definitely benefit the emerging localities and create further opportunities for real estate developments. There is still much scope for the city to grow in terms of education and retail opportunities as infrastructure in the city is also on the verge of growing and developing further. What remains to be seen that how much longer Chennai can hold on to this as the auto sector and the real estate sector are both going through a period of unprecedented slump causing a dent in even the robust housing markets of Mumbai and Delhi. However, if the developers keep up with their strategy, they just might tide over the period smoothly enough.