Home » Cities » NCR Property Insights » Delhi-Meerut Expressway- Will it be good for the Delhi-NCR realty market?

Delhi-Meerut Expressway- Will it be good for the Delhi-NCR realty market? 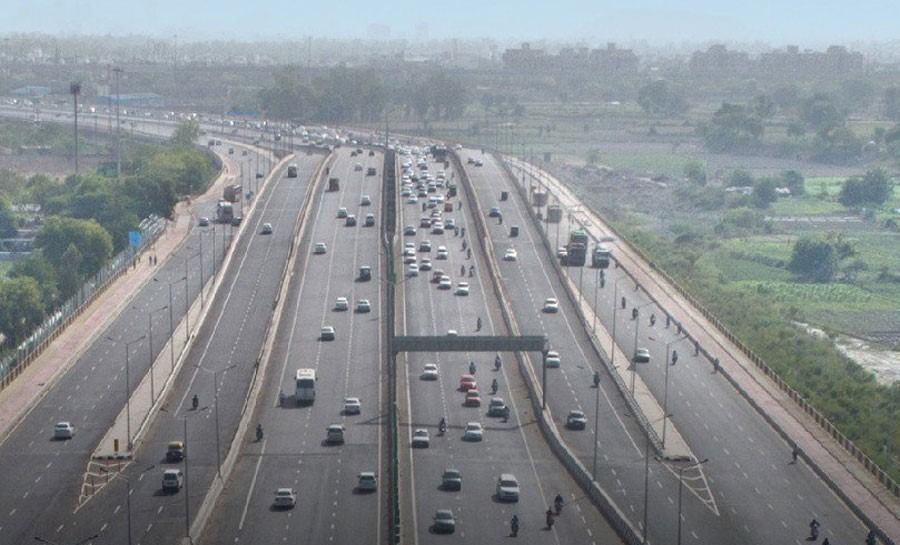 The Delhi-Meerut Expressway could be a major boost for the real estate market in Delhi-NCR as per reports. The second phase of the Delhi-Meerut Expressway is expected to be officially opened by May 2019 and this will be a game changer for the NCR realty sector. The Central Government has taken the initiative to fast track completion of this major expressway which spans a whopping 96 kilometres. The construction expenditure for this expressway could be close to Rs. 7,566 crore as per reports.

The Delhi-Meerut Expressway will start from Delhi’s Nizamuddin Bridge and will be built across three stages. These are the stretch between the UP Border and Nizamuddin Bridge and between the UP Border to Dasna. There is also the stretch between Hapur and Dasna that will be built in the third phase as well. The Environment Ministry has already given its nod to the development of the 6-lane connector between Dasna and Meerut back in the year 2016. The construction of the expressway was expected to start in the year 2000 but it started officially after the foundation stone was laid for the same by Prime Minister Narendra Modi in the year 2015.

The NHAI (National Highways Authority of India) fast tracked the development of the expressway after the foundation stone was laid for the same. The first phase of the Delhi-Meerut Expressway between UP Gate and Nizamuddin covers 8.8 kilometres and was opened for public usage last year when it was inaugurated by the Prime Minister on the 27th of May. The second phase is already in the works and in case things go as per plan, a stretch of expressway covering 8 kilometres till Vijaynagar may be opened within the next couple of months as per reports. This is a part of the second phase of the Delhi-Meerut Expressway between UP Gate and Dasna. Upon full completion of the expressway, there will be lower hassles for commuters from Delhi and will lower traveling time overall to various areas in Uttar Pradesh. Meerut can be accessed from the National Capital in less than one hour post completion of the expressway.

The real estate market may benefit due to improved connectivity for residents in peripheral zones surrounding Delhi. There may be real estate projects coming up in these areas which will benefit from the development of the Delhi-Meerut Expressway. There could be affordable housing opportunities opening up in these peripheral zones as per experts. There could be more projects coming up in several parts along the expressway as well. Due to better connectivity, these projects may find more buyers in the long term as per reports. The daily congestion on the Uttar Pradesh section of the National Highway 24 which spans Indirapuram and Noida may be a thing of the past in the near future.

The NHAI (National Highways Authority of India) has reportedly stated that it remains confident about opening up the 8 kilometre stretch mentioned earlier within another couple of months although the March 2019 deadline may be missed as per the latest reports. This new stretch should offer major relief to commuters traveling along the expressway. The delay has been attributed to work pausing for a period of 16 days between the 31st of October 2018 and 15th November 2018 on account of there being anti-pollution drives executed and frequent rainfall in winter.

However, commuters are now expecting a smoother drive down from Delhi and faster connectivity in the UP portion of the National Highway 24 upon completion of this expressway. The 30 kilometre driving distance between Vijay Nagar and Sarai Kale Khan will become fully free from signals with the completion of this expressway and travel time will come down drastically. As per senior officials at the NHAI, work is already 50% done for the UP Gate to Vijay Nagar portion of the expressway that is about to be opened. April 2019 is the new deadline targeted by the NHAI for opening up this portion as per reports. The remaining work will majorly cover the underpasses and central parts of the expressway. Widening of the roads have been completed as per reports and traffic has already been diverted to sections which have been newly opened in order to make work progress rapidly on the underpasses and central verge.

More about the Delhi-Meerut Expressway

The underpasses will be really vital components of the Delhi-Meerut Expressway since they will take care of traffic flow from Indirapuram and Noida from both sides. There are 10 underpasses reportedly being developed between Vijay Nagar and UP Gate and three will be dedicated for light vehicles. NHAI is also looking to complete work on two bridges that fall along this stretch on the Hindon River and Hindon Canal within next month itself. The plinth work is reportedly finished and only the slabs and girders remain. However, there will be just a single point between Vijay Nagar and UP Gate for vehicles to easily access to the expressway at the Abhay Khand area in Indirapuram. There will be a couple of other access points till Dasna at AKG Engineering College and ABES cut and these will be opened as part of work on the next phase by December this year.

The entire portion of the expressway between Dasna and UP Gate is expected to be opened by end 2019 as per reports. The deadline is May next year although work is expected to be finished on this entire stretch well in advance. Overall traveling time between Delhi and Meerut will come down to 45 minutes with the completion of the expressway and the traveling time is currently 2 ½ hours as per reports.

Here are some of the key aspects of the expressway:

The real estate market in Delhi-NCR will thus get a massive boost from the completion of the Delhi-Meerut Expressway. This will naturally revive demand for real estate projects along this stretch while many other new projects may also be constructed likewise. All in all, the Delhi-Meerut Expressway will lower commuting time along with enhancing overall connectivity and access for residents.