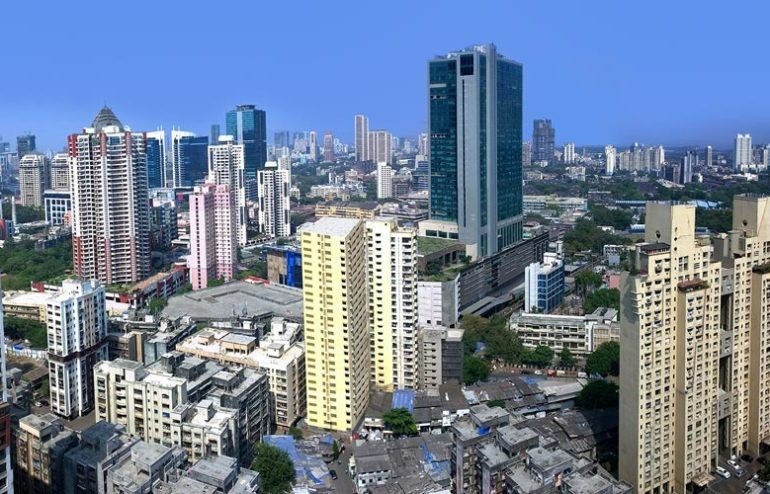 The Mumbai real estate market may be in for a boost in recent months on account of several government initiatives which will stimulate the country’s real estate sector in general. In another development, reports have estimated that Mumbai has witnessed average income growing faster than the actual prices of homes in the city. According to the latest reports, 20.4% growth was observed in case of annual household income although housing price growth has been estimated at 8%. The same trends were reportedly seen in cities like Singapore, Moscow and Paris.

Annual income grew the most in San Francisco at 25% over the last 5 years while Amsterdam had 63.6% growth in housing prices over a 5 year period between 2014 and 2018 which was the highest globally as per reports. 32 cities worldwide were evaluated by experts in a bid to carefully observe the differences or the gap between overall income and home prices. This gap is estimated at roughly $740 billion for 2018. The average growth in home prices over a 5 year period was approximately 24% across major global cities while income increased by just 8% in this time frame. Singapore, Mumbai, Paris and Singapore had income growing more than home prices which is a good sign for realty markets in these cities. Moscow had the biggest difference whereby growth in actual income outstripped home price increases by a whopping 22%.

Apart from recent Government measures like the cut in GST rates for under construction and affordable housing projects and other budgetary incentives, Mumbai continues to benefit from its strategic location, commercial growth and several other factors. Mumbai is one of the costliest realty hubs in the country and yet it is one of the most affordable cities from a global perspective. Household income has grown more than home prices and outstripped the latter to the tune of 12.4% as per reports, which points to enhanced affordability levels. Real home prices have only increased at 8% in comparison while disposable household income has increased by more than 20.4% in the 5 years between 2014 and 2018.

Affordability levels in Mumbai have gone up exponentially due to the lowering of unit sizes and price stability for the most part. Sizes of flats have been lowered consistently and hence average home prices have also reduced likewise in Mumbai. New launches are usually smaller by 25% in the 5 year period mentioned earlier. The highest number of launches have taken place in the mid-range and affordable housing categories in this period where units are mostly priced lower than Rs. 75 lakh as per reports.

The lower supply of residential housing units in Mumbai has been an area of concern for the Maharashtra State Government since the city witnesses the influx of innumerable new residents on an annual basis. However, Mumbai continues to be more affordable as compared to many global megacities. Mumbai has witnessed steady economic progress according to experts and the housing scenario looks more balanced now as compared to previous years. Home prices for new projects have come down by roughly 7% as estimated by experts last year. With GST being reduced on under construction units, buyers will be paying approximately 7% lower for new units. This should be a booster dose for the realty sector in the city.

Mumbai is estimated to house close to 24 million citizens and is one of the costliest places in India to purchase homes. However, home ownership is now becoming more attainable for most buyers. With the growth in household income being more than home price growth, there is greater balance in the market and this is seen through higher demand for projects in several parts of the city and its peripheries. Several developers have launched major projects in recent times including popular ones like Lodha Amara, Piramal Vaikunth Vairat and others in Thane which is steadily becoming a coveted residential destination along with areas like Panvel, Badlapur and several other parts of Navi Mumbai and the MMR (Mumbai Metropolitan Region). Even areas like Andheri and Goregaon are seeing renewed interest from homebuyers in recent times.

The Government measures like the PMAY (Pradhan Mantri Awas Yojana) and CLSS (credit linked subsidy scheme) are credited with scaling up overall levels of affordability. Under the former scheme, first time homebuyers with household incomes up to Rs. 18 lakh can get major incentives up to Rs. 2.67 lakhs on homes. Average disposable income of households is Rs. 11 lakhs as estimated by experts and most citizens will be eligible to get this subsidy. GST on affordable housing will now be only 1% from 8% previously while it will be 5% as compared to 12% earlier for other under construction projects. The Mumbai real estate sector looks to be on the cusp of further growth and with several big ticket infrastructure projects announced by the State Government, the future looks bright for the housing sector here.

Resident Editor
« Why is Baner an upcoming real estate hotspot in Pune?
Will Government incentives truly boost the real estate sector this year or is it a flash in the pan? »