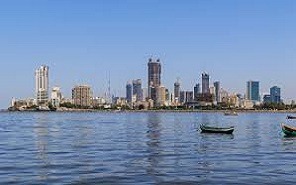 The Maharashtra State Government’s emphasis on infrastructure development could pay off in terms of a major boost for the Mumbai real estate market. Add to that Central Government incentives including emphasis on affordable housing in peripheral zones of Mumbai under Housing for All by 2022 and PMAY (Pradhan Mantri Awas Yojana) interest subsidies. The recently announced Union Budget 2019-20 also proposes several second homebuyer friendly measures including exemption on capital gains up to Rs. 2 crore on two homes once in a lifetime, increase in TDS limit to Rs. 2.4 lakh from Rs. 1.8 lakh on rental income and zero taxation on notional assumption of rental income from a self-occupied second home.

The recent cut in GST rates to 5% from 12% on under construction properties will naturally boost the Mumbai real estate market. Affordable housing GST rates have also been lowered to just 1% from 8% earlier. The MMRDA (Mumbai Metropolitan Region Development Authority) has already got its mega infrastructure development plan approved in the budget. Rs. 16,909 crore has been allocated under the budget. 44% of this sum has been set aside for building 11 metro railway lines along with a metro railway centre.

The new metro lines between Badlapur and Kanjurmarg and between the International Airport and the upcoming airport at Navi Mumbai have been cleared. The MTHL (Mumbai Trans Harbour Link) will be another infrastructural game changer along with the Coastal Road and the Virar-Alibaug multi-modal corridor. The MTHL will link Navi Mumbai’s Nhava Sheva to Mumbai’s Sewri. The Mumbai monorail network will also be expanded.

Other prominent metro railway lines sanctioned include Dahisar East to Andheri East and Dahisar to DN Nagar along with lines between Vikhroli and Swami Samarth Nagar and between Thane-Wadala-Kasarvadavli. The BMC will be handling development of the coastal road and the Goregaon-Mulund Link Road. The Mumbai Development Plan 2034 will see ambitious infrastructure development and de-congestion and the BMC has already allocated Rs. 3,323.6 crore for this purpose.

There will be a new railway corridor between Panvel and Karjat and another between Dahanu and Virar. On the other hand, L&T (Larsen & Toubro) is reportedly close to winning the contract for developing the new airport at Navi Mumbai. The terminal at the new airport will be developed to accommodate 20 million passengers in the first phase itself. The cost of the project in its first phase is billed at more than Rs. 14,000 crore. The Maharashtra Government is also looking at new affordable housing opportunities through the redevelopment of slums and chawls under several initiatives. Additionally, the Government is considering affordable housing opportunities on vast salt pan lands. The new development plan for Mumbai will help in unlocking a whopping 3,000 acres for affordable housing post unlocking of NDZ (no-development zone) land. 300+ hectares of salt pan land will also be unlocked for affordable housing. The goal is to develop 10 lakh affordable housing units by the year 2034.

Resident Editor
« Senior citizen living- Is it another new growth area for Indian real estate?
10 things to check before buying your first home »

Cost of Living in Mumbai: Here’s a Handy Guide You…