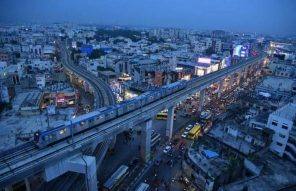 Hyderabad has been something of a revelation as far as its real estate market is concerned. It has shot past its other metro peers in terms of real estate sales figures, new launches and overall demand. In fact, some experts boldly state that the city is in for a housing boom in the near future courtesy current market trends. This is but a big statement to make considering the slow yet steady recovery of the Indian realty sector in recent times. However, it may well be a reality as the City of Pearls shines bright in the housing sector too.

Real estate growth has been skyrocketing in Hyderabad with several premium residential projects being developed here including NCC Urban one at Kokapet, Incor One City at Kukatpally and Incor VB City at Kompally to name a few. Now, in a bid to capitalize on the city’s recent real estate growth, the Government is reportedly planning to scale things up further.

How the Government plans to boost realty growth in the city

We’re sure that real estate developers in the city must already be doing the Tiktok dance after hearing that the WEF (World Economic Forum) has stated that Hyderabad will be one of the 10 Indian cities to grow at the fastest pace between the years 2019 and 2035 as per reports. The Government in Telangana has already witnessed the beneficial effect of political stability for the city’s real estate, infrastructure and business sectors. It is now gearing up to take things up a notch by developing several new localities in a planned manner while upgrading city infrastructure to be in sync with the fast growth of the population and overall economic progress.

The WEF has reportedly drawn from the Oxford Economics research institute report which has identified key Indian cities like Hyderabad, Bangalore, Surat and Agra along with Vijayawada as the fastest growth hubs for the country over the next one and a half decades. The GDP of Hyderabad has been reported at 8.47% and growing and has almost caught up with Bangalore at 8.5%.

Here are some key factors worth keeping in mind:

Hyderabad starts 2019 with a bang

In fact, Hyderabad has already started strongly this year in terms of residential real estate market performance. New launches have seen an overall increase in India to the tune of 3% with 42,504 units launched successfully in Q1 2019. Hyderabad leads the entire pack with 100% growth in new launches for this period and 3,026 units were launched in the city accordingly. Unsold stock has come down overall by 4% as compared to Q4 2018 across the country and this has positively impacted most housing markets including Hyderabad.

Capital values have gone up by around 1% in Hyderabad which indicates a more balanced market for buyers and developers alike. Absorption levels have also gone up by 5% on a year on year basis. There is more ready to move market inventory which has led to higher sales figures. Hyderabad’s realty market should get a mega boost with the Government’s plans to scale up infrastructural and commercial development while recent Budget announcements, lower GST rates and other sops should keep buyers coming in larger numbers. It may be safe to say that Hyderabad should be retaining its position at the top of the pile in true Nawabi fashion in times to come!