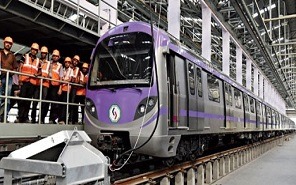 Approval has been obtained for Line 2 of the East-West Metro network. Here are some of the key developments in this regard:

What it means for Kolkata real estate

The East-West Metro will naturally provide a major leg-up to the Kolkata realty market, particularly in the Salt Lake and Rajarhat New Town markets. The Rajarhat New Town market is witnessing a major boom in real estate over the last few years and several leading developers have come up with major projects here. Some of the top projects to have come up here in recent times include Mani Artista and Tata Avenida among many others.

Rajarhat New Town is a properly planned residential township that has benefited from several infrastructural developments. There is good connectivity through major roads and the advent of metro connectivity will ease out commutes even further. Several options are available here across diverse price points which makes the area more attractive for potential homebuyers. Civic and social infrastructure have developed rapidly across the entire stretch along with recreational facilities that have transformed it into a highly coveted residential zone of the city.