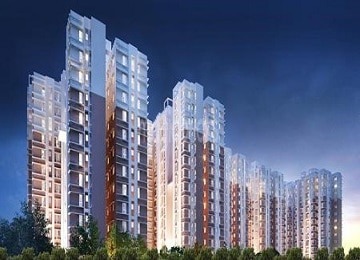 The major Indian cities have seen a decline in sales of residential units in recent times, but the exact opposite has been noticed in Kolkata, one of the four metropolises of the country. The developers in Kolkata are of the opinion that their focus on affordable apartments had prevented the price drop that one has seen in other cities. This is great news for the market in Kolkata which sees an upward rise in sales volumes. Moreover, the real estate market in Kolkata is mostly driven by the actual end- users, rather than investors, according to Harsh Neotia, the chairman of developer Ambuja Neotia Group.

Growing urban migration has sustained demand for relatively cheap flats in the commercial markets and there is increasing demand from professional employed in the IT and ITeS sectors as well. The demand for cheap flats in the commercial market is sustaining the industry to a large extent. Kolkata saw a rise of home prices by 3%, which was the opposite of Chennai and Mumbai where prices have fallen drastically. It is expected that sales of residential units will gain further momentum in the next 12 to 18 months. The chairman of the Merlin Group, Sushil Mohta, has opined that about 90% of the demand in Kolkata is for homes priced between Rs. 30 to 75 lakhs. 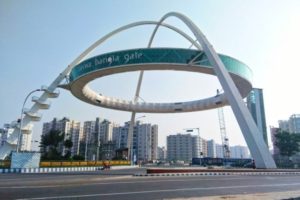 The upward trend was noticed from the second half of 2019 and there was a 19% increase in the sales of homes from January to September 2019 over the same period in the previous year. Kolkata is now doing better in comparison to Bangalore, Chennai- with a growth of merely 2% and Pune, with a drop of 6%. It is now only behind Mumbai and NCR which saw growth of 23% and 28% respectively.

Experts have also pointed out that the south peripheral sub market like Tollygunge, Narendrapur and Joka, has accounted for much of the sales. Joka was previously a suburb and mostly known for its IIT campus. Now, with the city expanding rapidly, with new metro lines being built and with new highways, Joka is fast coming into the folds of the main city. Townships on huge scales are being developed here and the affordable housing segment is doing its best in this part. Apart from housing, related infrastructure is also coming up fast and with the IIT campus nearby, there will always be a stream of renters in the form of students, so buying a property here for investment and rental returns is also a good idea, motivating many to purchase property here.

The growth of the city in New Town and Rajarhat in the east and in the north along Ultadanga and Dum Dum has also been a major positive. New Town and Rajarhat especially are seeing high rise apartment buildings coming up in large numbers, complete with amenities which are at par with many other properties in bigger metros. Those who aspire towards a better lifestyle are purchasing properties here in considerable numbers. The apartment complexes here come with their gyms, swimming pools, CCTV security, landscaped gardens, lounges and cafes and much more. Moreover, the new IT parks, along with the previous one at Sector V, can also be easily accessed from here. The metro lines will start running in the next couple of years and New Town and Rajarhat are getting all the attention they deserve. With names like Tata Housing and Merlin developing high end properties here, this region provides everything that the upwardly mobile middle classes of the city wish for. 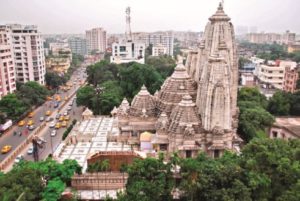 Major markets to watch out for

The residential market in Tollygunge was quite well developed due to the connectivity through major roads, a well developed public transportation system and then of course, the metro network. Moreover, this area also boasts of top notch physical and civic infrastructure, and there are public parks, educational institutes and hospitals as well. On the other hand, the affordable and the mid priced housing segments have accounted for more than 50% of the total launches in the first nine months of 2019. During this period, the majority of the launches were concentrated in the south peripheral market.

Studies have shown that that there is also a good demand for luxury houses and the units measure up to 7000 sq feet in area. The areas for such homes are concentrated around New Alipore and Golf Green and also around the South City Mall. The buyers are mostly NRIs, HNWIs and the members of the film industry of the city. For the northern and the eastern peripheral submarkets, there are factors to be taken into account like IT parks, easy connectivity to the airport and also the social infrastructure of the region. These factors are driving up the demand for projects along the EM Bypass in several stretches. In the north, mega projects like Merlin Urvan in Nagerbazar have also contributed to the growth of the sector.

HV Patodia, the Credai National President elect had agreed that there had been a considerable positive growth in the affordable sector and he had also pointed out that the sale base had gone down somewhat after the introduction of HIRA and the GST. Nevertheless, the market has again seen an upturn and things are headed for the better.

Some experts have also opined that the property market in Kolkata was finally doing well after it went through a slump for a few years. There has been considerable positive impact of the IT and ITes policy of the state government and a number of NRI Bengalis are also buying homes here for future use. There have been a few hiccups of course, like the increase in costs due to non- availability of input tax credit and other regulations. However, an upward revision of prices is to be seen from February to March as per expectations.

Even the MD of Siddha Group has agreed that that the market in Kolkata was doing better than most other cities and the growth rate here was far more impressive. The fast progress in infrastructure development and the better connectivity to the fringes of the city have led to a demand for affordable housing. Experts have also opined that the city has shown restraint in its approach towards existing unsold inventory. The developers have concentrated on selling off their unsold inventory and already-launched projects, rather than simply adding to the new supply, which has helped create a better supply- demand balance and prevented the prices from falling further.