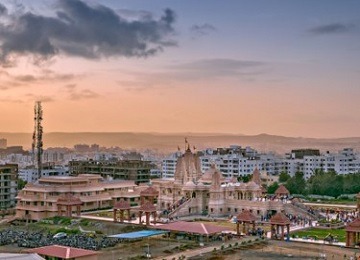 Pune’s real estate market has been witnessing positive signs of late and experts feel that the housing market in the city may make a full recovery soon. The Central Government has already implemented several pro-active measures that will soon bear fruit and the emphasis on affordable and mid-income housing has already been paying off in terms of higher sales volumes and buyer interest in this category.

Here’s taking a look at some of the latest developments and trends in the Pune real estate market.

The housing market in Pune has witnessed sizable demand for mid-range properties that are usually priced between Rs. 45 lakh and Rs. 90 lakh on an average as per reports. Smaller investments were majorly seen in this category across the Pune realty market and home buyers are now gaining more confidence from recent rulings in courts, giving them major relief and boosting sentiments. The regulatory reforms of the Government like GST, RERA and amendments for the Benami Properties Act and Insolvency and Bankruptcy Code have brought major cheer to buyers.

Reports state that a handsome 52% of home buyers in Pune remain inclined towards purchasing affordable/budget housing units. Properties in the sub-Rs. 90 lakh category continue to draw the highest demand in Pune as per studies. The creation of the Rs. 25,000 crore AIF (Alternate Investment Fund) has also been a major game-changer in terms of improving home buyer sentiments. Close to 58% prospective home buyers in Pune expect to finalize these deals over a period of 6 months. This naturally augurs well for the Pune realty market. 58% of buyers in Pune, which is one of India’s biggest IT and ITeS hubs, prioritize connectivity to their workplaces while finalizing any property. 42% of buyers also prefer investing in ready to move properties in Pune as opposed to properties under construction.

For the quarter concluding in December, 2019, the highest supply levels in the affordable housing category were witnessed in Pune. Affordable housing comprised of a whopping 75% of overall new housing supply in Pune for this period. Real estate developers with a good track record and reputation in the market are being rewarded with higher sales figures for projects in Pune and higher customer demand. Sales figures have gone up exponentially for the city’s top 10 real estate players and this trend is mirrored throughout India’s top cities as well. Available inventory for sale has also gone up post plunging since June, 2017, indicating that supply levels are surpassing demand to an extent. This also indicates growth in construction activity over the last 6-7 months.

Some other trends that you should also look at

Peak inventory levels in Pune touched 107,402 apartments as of June, 2016. Yet, it has come down to 89,887 units by the end of 2019, according to reports. This indicates higher sales figures for developers while inventory available for sale increased by approximately 12% over June 2019 when volumes stood at 80,062 units in all. Inventory is lower by 16% from peak levels seen in the year 2016.

Post RERA implementation, the housing market in Pune has naturally been moving towards greater consolidation. The number of live housing projects in Pune has come down to 3,490 projects in December last year as compared to 3,733 projects in June, 2017. Aggregate sales figures of residential units are also higher than volumes in the pre-demonetization phase. The real estate market in Pune has also been the best performing housing market in the country along with Hyderabad and Mumbai for the first 9 months of the last year. It has outstripped aggregate residential sales volumes seen in the first 9 months of 2016. This is naturally a hugely positive development for the city.

Quality of life has been going up by leaps and bounds across Pune and the growth of the office space market, fuelled by the IT and ITeS boom, has generated higher residential sales volumes throughout the city and its peripheral zones. As per reports, approximately 33% of new residential projects in Pune were launched in the north-west sub region, particularly in areas like Mahalunge, Balewadi and Wakad.

The office space real estate segment has witnessed strong growth in the Baner-Balewadi stretch and this has been spurring residential realty growth in surrounding areas. Several new projects have also been launched in this zone. Appreciation in pricing for residential units in Pune was approximately at 3% (year on year) by the end of the third quarter of calendar year 2019. Top markets for residential housing in Pune could be Wagholi, Kharadi, Keshav Nagar and Mundhwa in the eastern part of the city while the western part could see residential growth across Bavdhan, Mahalunge, Balewadi and Wakad. Residential real estate demand is set to grow exponentially throughout these locations as per reports.

Puravankara, one of the city’s most reputed real estate developers, has already confirmed its plans for future expansion. The company has built its market presence strongly in the city ever since the year 2016 and has announced a new luxury project named Purva Aspire at Bavdhan which will be a joint development between a leading Pune-based realty player and Puravankara. The Silversands project was launched in phases from 2016 onwards and the second phase will launch soon. Another 5 million sq. ft. in space will be built and launched by Puravankara in Pune across the Provident and Puravankara brands. The company is targeting a timeline of 12-18 months for launching and developing these spaces.

Pune is one of the top 5-6 Indian cities for Puravankara currently and several other leading real estate developers are likely to follow suit. Purva Aspire is a project for which the company will invest around Rs. 125 crore initially and its future pipeline of new launches will considerably boost the residential real estate market. According to experts, corporate footprints have only been going up in Pune and this has naturally made it one of the fastest-growing and steady residential real estate markets in India. Even when other cities are struggling with unsold inventory and muted demand over the last 2-3 years, Pune’s residential segment has witnessed higher pick-up in demand and sales figures quite contrastingly. Developers have highlighted sizable growth in residential real estate sales across Pune last year and the momentum should continue into 2020 and beyond.

Sumit Mondal Content Analyst at Square Yards
« Godrej Properties Homefest-Coming your city make sure to not miss !
Real estate FDI surges ahead by whopping 84.4% in major growth boost for the sector »