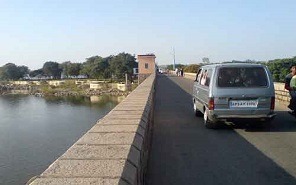 Hyderabad is seeing steady growth in its real estate sector over the last couple of years. In recent times, several peripheral and surrounding zones are propping up the realty market in the city. Several new areas on the outskirts like Maheswaram, Shankarpally, Gandipet, Qutubullapur, Shamshabad, Shadnagar and Ibrahimpatnam are coming up as major residential real estate hubs in recent times according to reports.

Several reports state that the new real estate hubs are majorly located in peripheral zones of Hyderabad and have witnessed huge growth in terms of revenues. These have gone up by a whopping 70-120% in FY2018-19 in comparison to the previous financial year. In April and May 2019, Gandipet posted a rate of growth touching 100%, becoming a preferred hotspot for homebuyers and developers alike. Banjara Hills, in comparison, saw growth of only 13%.

Key factors worth keeping in mind

Other market trends worth keeping in mind

The registration department has already asked the Government to consider a revision in market values. 35% of revenues from stamp duty and registration charges for the entire State is contributed by the Rangareddy district. Mokila in Shankarpally and Gandipet have several gated residential communities and villa projects coming up on a major scale and this has boosted overall revenue collections.

The Outer Ring Road has improved overall accessibility of the Golden Triangle talked about earlier which also includes Muttangi, Kokapet, Shankarpally, Patighanapur, Mokila and Bhanuor. There is decent connectivity to the Airport and the Regional Ring Road is another major connectivity lifeline in this area. The establishment of recreational zones, educational institutions and other social infrastructure has also scaled up the liveability quotient for homebuyers. Kandi and Sangareddy are also preferred picks in recent times. The stretch between Shamshabad and Adibatla is witnessing growth due to the lower costs of housing, the growth of the IT and ITeS sectors and also the aviation sector. Other zones like LB Nagar, Shamirpet Road and Ghatkesar should also witness steady growth in the future. Rates are expected to increase by at least 2-3 times over a period of 5-7 years in Hyderabad and its peripheral areas.

There is widespread market speculation regarding the easing/lifting of the GO by the Government. This has sparked higher real estate deals over the last few months in peripheral zones like Chevella, Gandipet and many other zones. GO 111 villages also come under areas like Shamshabad, Rajendranagar Mandal and Moinabad.

GO 111 safeguards the catchment zones of Himayatsagar and Osmansagar and there are limitations on industrialization and construction in these areas. The TRS Government had promised that it would enable real estate activities in the area by doing away with the GO regulation. The NGT will be taking a final decision post the receipt of the report from the GO committee.