Why Hyderabad real estate is literally racing ahead of its peers 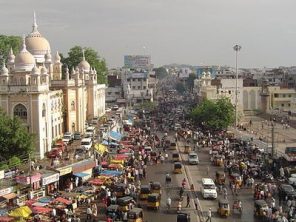 Every housing market tells a distinctive story, be it of progress/success, capitulation, mixed sentiments and so on. There are intrinsic themes that run through real estate markets which are growth engines for every major city worth its salt. To put it in the context of the popular movie Gully Boy’s superhit rap number Apna Time Aayega, Hyderabad’s time is now. The city has been flourishing in terms of its real estate market and is racing ahead of other major cities in the country as per reports and studies.

Hyderabad has been consistently witnessing improvements across multiple real estate segments. When a few basic aspects are considered, experts highlight that the city has outstripped overall growth witnessed by some of India’s top housing markets, namely Delhi-NCR, Mumbai and Bangalore.

Hyderabad’s realty market figures show a story of hard-won progress, one that looks likely to continue for quite some time now. Here are some of the key aspects worth keeping in mind.

Ascendas, for instance, has been investing considerably in commercial real estate while GIC has also pumped in almost $77 million for the Waverock project helmed by ICICI Venture. PE investments have skyrocketed with Hyderabad getting more than $1.1 billion last year.

With Hyderabad’s real estate market in overdrive, the government is not complaining at all! Far from it! The authorities are happy with the revenues being realized by the stamps and registration department. The record high of Rs. 5,357.37 crore was achieved as revenue collection for the last fiscal. This is higher by 28% as compared to the year before FY2018-19.

Here are some of the figures worth checking out:

Hyderabad continues to benefit from high interest of corporates, MNCs and investors. Political stability has been a major factor behind the rapid growth of the real estate sector along with infrastructural projects like the metro railway network. Hyderabad is also improving in terms of overall traffic management and several big-ticket office leasing transactions have also boosted growth in the realty space. There is the metro railway that will come to the Raidurg region and this will improve connectivity in the IT hub while new roads are also being built. There are several new companies who are now looking to commence operations in Hyderabad which is leading to higher employment and housing demand in turn.

The office space segment will keep growing further, sparking demand in the residential segment as well. Additionally, this will rub off positively on the retail sector as well as per experts. IT and ITeS continue to be the key leasing growth drivers in the city along with the manufacturing and engineering segments. There were several deals seen in the IT corridor across Kondapur and Raidurg along with various SEZ transactions. Several US MNCs and other corporates have also been highly active in the office leasing space in recent times. A big SEZ has been added to the inventory in Hyderabad along with two IT projects at Kondapur and Raidurg and also a medium SEZ at Kokapet. A medium SEZ has also come up in the PBD (peripheral business district).

Co-working has also emerged as a major growth driver, contributing approximately 3% of overall leasing volumes. Several co-working companies are actively investing in commercial real estate which is also helping real estate developers shore up sales volumes and margins. Hyderabad is steadily becoming the most preferred market in South India for co-working operators. Real estate developers in the city also benefit from policies that heighten the overall ease of conducting business while the city also attracts companies in droves since it offers the lowest rental rates for offices in South India.

Additionally, Hyderabad has well-developed and rapidly developing physical and social infrastructure along with a skilled talent pool and ample land availability in tandem with good power supply and lower living costs. These are all factors that have contributed towards real estate growth in the city and the momentum looks set to continue in the future as well.