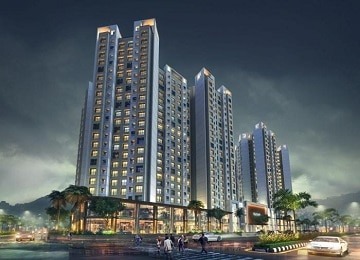 The real estate sector saw another consolidation move recently with luxury property developer Sunteck Realty acquiring a premium project that is located in Lokhandwala, Andheri West, Mumbai. They purchased it from Transcon Developers through a joint development agreement.

The project had already witnessed the completion of one tower, which alone spreads over six acres of land and has a total development potential of around 1.1 million sq feet in an area where the land revenue can go up to IBR 3000 crores in the next 5 years.

Those who are insiders in the deal are of the opinion that it was not a distressed asset and provides a winning deal for both the parties. Sunteck would further increase the brand value of the project b making it a luxury property and that will attract another round of high profile buyers. The project, on completion, will be a mixed used project and will comprise of luxury residential homes, retail space and commercial property.

How it will be a win-win for Sunteck Realty 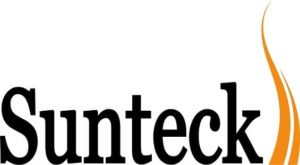 It is also likely that Sunteck will be constructing four more towers in the land and they will have 2 and 3 BHL apartments which will have a starting price of INR 3.5 crore. The current real estate scenario of the city is presenting an opportunity to developers to maximize the returns on the unique opportunities presenting themselves, according to the chairman and MD of Sunteck Realty. Since the industry is going through a phase of consolidation, this new acquisition does provide a great opportunity for increasing the portfolio of the company in the Mumbai Metropolitan Region.

The project would be an outstanding mixed- used development and with its strategic location, it will be one of the finest assets of the company. The location will attract mid- level businessmen and professionals and will bring luxury of international quality to the location and will also strengthen the financial position of the company. Sunteck will not have to invest much in this project and the sales would bring in the liquidity needed for construction. It has been decided that the revenue would be shared 54:46 ratio between Sunteck and Transcon.

The authorities had also opined that since there was a distress in the market, around 50% to 60% of the developers on the border of collapse. Although the demand had come down, some of the developers, including Sunteck, who are undeterred about construction and are confident about selling well, will get the remaining share of the market. Since micro- markets have an ideal ticket size, it is relatively easier to make the right decisions and get it right. Sunteck Realty has also carefully demarcated some of its product offering and that there are projects at different prices under them for all kinds of buyers and under different brand names. They include the ultra luxury projects under the name Signature, then the luxury label Signia, and by relatively more affordable City and Brand.

Omkar in talks for another big-ticket transaction in Andheri 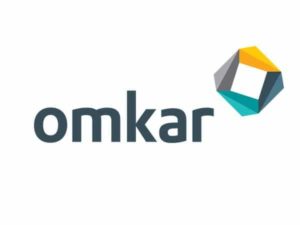 On the other hand, Omkar Realtors are also in discussion with the real estate investment firms so that it can sell its ongoing office complex project in Mumbai for over INR 3000 crores. It would be a part of their strategy to monetize commercial assets, as a senior company official had opined. It should be mentioned that the company had already sold a shopping complex to Virtuous Retail, the retail arm of investment firm Xander and that comprises over 1 million sq feet.

The office and retail complex are a part of 65 acre slum redevelopment project known as Omkar International District in East Andheri. The CEO of Omkar has opined that that they had plans to sell the commercial complex in Andheri to some investors and the project was being developed accordingly. Discussion about the sales is already on and there are chances that there could be more than one buyer as the project would take about the next four years to be completed. The company is now a part of the three joint ventures and it is looking forward to monetizing its land bank. It has already started a partnership with Piramal Realty for the development of 2 million sq feet of luxury housing project in Mahalaxmi area and with L&T Realty, it will further develop 2.5 million sq. feet in Parel.

The Omkar Group has also partnered with Godrej Properties for the construction of a luxury housing project in Bandra West. It is also on the lookout for more joint ventures. As of now, Omkar Realtors has constructed around 15 projects in Mumbai alone and are in the middle of developing another 12 projects, which will greatly expand their portfolio. It should also be mentioned that the company has rehabilitated more than 12,000 families in Mumbai under the Maharashtra State Government’s Slum Rehabilitation Authority or SRA Scheme. It has plans of housing another 50,000 families across the upcoming projects they have planned in the city. The suburbs of Andheri West are also fast becoming another major residential hub in Mumbai and it is predominantly because of the excellent connectivity and booming infrastructure it provides. There are a number of commercial hubs and a number of IT Parks dot this area of Mumbai. There are good roads, entertainment zones and shopping malls and the railway and metro connectivity definitely makes it a major hotspot. The prices of the properties in Andheri can be anywhere between INR 12,430 to INR 30,590 per sq feet. 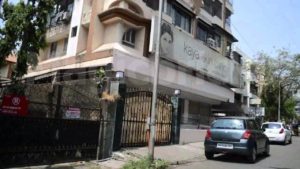 As far as Andheri East in concerned, there is also a micro market here which is not just well established but also have good social and physical infrastructure and the future looks promising as well. The region is close to most employment hubs, has quite a few IT Parks and the major schools and hospitals are also located here. In fact, there are 18 schools, 20 hospitals and about 18 banks in the Andheri East. One can easily reach the region through the Western Express Highway, JVLR, the Andheri Railway Station and the Metro Line 1. The Phoenix Market is the most popular mall in the vicinity, along with a few others.

Overall, the real estate scenario in Mumbai is looking up and with top real estate developers and investors like Sunteck Realty and Omkar Group planning more strategic projects in the near future. Additionally, it should also be stated that Andheri as a micro-market has huge future potential for its connectivity, social amenities and top projects. This is one of those locations which promises ample appreciation in property prices for the future.

Buying a property in Mumbra? Here’s what you need to…