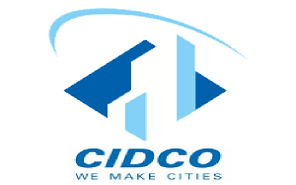 Affordable housing has been given a major thrust by the Central Government in recent years. The Government has emphasized strongly on affordable housing as a major pillar of its mission of Housing for All by 2022. This has sparked interest in the segment from developers and buyers alike. Homebuyers in this segment are drawn not just by the lower prices but also by the PMAY (Pradhan Mantri Awas Yojana) incentives including interest subsidies.

Additionally, the increase in the zero taxation threshold to Rs. 5 lakh of personal income is expected to benefit this housing segment. Rates of interest are also on the lower side at the moment since the RBI (Reserve Bank of India) has cut repo rates one more time in the recent past. Also, the GST rates on under construction property have been cut to 1% from 8% on affordable housing, something that has boosted demand further for residential property in this housing segment.

CIDCO comes up with affordable housing bonanza in Navi Mumbai

CIDCO (City and Industrial Development Corporation) has now come up with an ambitious affordable housing scheme for homebuyers. This has created a major flutter in the Mumbai residential market, the costliest in the country.

Here are some key points about the scheme that has been proposed by CIDCO:

What this means for the property market in Mumbai

Mumbai is the costliest real estate market in the country and this new CIDCO announcement has naturally sparked a wave of fresh interest from homebuyers and also set the cat amongst the pigeons in terms of galvanizing private developers towards Navi Mumbai. Experts still state that in spite of higher supply in the housing market of Navi Mumbai, real estate prices may not be correcting significantly and the situation may be the same in surrounding zones.

Experts have also stated that supply levels are nominal when compared to overall demand for affordable housing which is approximately 2 lakh units. Another factor highlighted by some experts is the non-desirable locations and quality of homes built by CIDCO which are not at par with the homes provided by several private real estate players. These developers usually go for sites which are located in close proximity to major markets, railway stations and educational institutions and people are often willing to pay more for this reason.

However, experts also feel that this CIDCO project will lead to better infrastructure development in Navi Mumbai and surrounding areas. Some also feel that prices may balance out at more reasonable levels in the entire zone. In many cases, sky-high property prices act as a major deterrent for homebuyers in Mumbai although demand levels continue to be on the higher side. The affordable housing blueprint from CIDCO will naturally be of assistance to these buyers who cannot afford to purchase homes from private developers.

The sheer affordability is what brings in a large number of applications for housing lotteries conducted by MHADA and CIDCO as per reports. The project may eventually bring about some price corrections in a housing market which is largely considered overpriced. Also, buying homes in a CIDCO project naturally mean greater safety without any risks of delays, frauds or cheating. Buyers are always more secure and confident when buying homes that are developed by the Government. In this area, the rates of the Government (ready reckoner rate) hover between Rs. 4,500-5,000 per sq. ft. although they can vary, depending on the specific area in question. In many projects, CIDCO has sold homes at Rs. 6,000 per sq. ft. which is lower than Rs. 9,000 per sq. ft. quoted on an average by several private developers.

Cost of Living in Mumbai: Here’s a Handy Guide You…