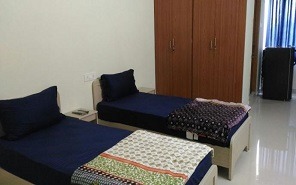 Co-living is already the next big thing in Indian real estate along with co-working, student housing and senior living. Out of these market drivers (which have already drawn several domestic and foreign biggies to our shores), Kolkata’s real estate market is being propped up by the co-living segment along with the demand for good PG accommodation which is an extension of the same. The city’s real estate sector, as per its industry players and market experts, has a major role in catering to the continually increasing demand for PG (paying guest) accommodation and also co-living spaces from IT and ITeS professionals and those working in linked industries, particularly in belts like New Town and Salt Lake.

Both of these are highly developed housing markets already. Salt Lake is a slightly more premium residential township which is well-planned and has wide roads, top notch social and civic infrastructure and Sector V which is the showpiece IT and ITeS cluster of the city in tandem with several commercial zones. New Town, on the other hand, is widely regarded as the gateway to the new Kolkata. It is already home to several MNCs, IT behemoths, start-ups, educational institutions and technology companies.

As a result, New Town already scores high in terms of residential real estate with sizable demand spurring leading developers to come up with premium projects such as Mani Artista and Tata Avenida among many others. However, co-living and PG sectors are now spurring more growth in realty markets across these areas.

The otherwise unorganized PG/co-living sector will soon witness the development of a highly positive ecosystem as per administrative leaders such as HIDCO Chairman & Managing Director, Debashis Sen. Here are a few market trends to watch out for in this regard:

What else is being observed by the experts?

HIDCO Chairman and Managing Director Debashis Sen has already stated that with India being home to a predominantly younger population (close to 50%), they are continually migrating from one place to another for professional and educational opportunities.

Here are some other interesting observations:

As can be seen, Kolkata’s residential real estate sector is being given a helping hand by the co-living/PG categories. This trend should only grow in the near future as per several industry experts.

Several other areas could witness growing demand, depending on their connectivity to major commercial/business hubs. Some of the prospective PG/co-living hubs of the future include Kasba, EM Bypass (southern Bypass connector from Garia), Lake Town, Baguihati and Beliaghata.