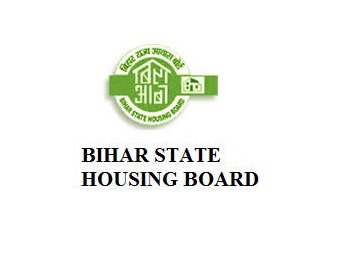 This article will guide through all the information that you need to know about the BSHB.  How it functions to how it was established, this article will help by throwing some light on what the board is all about and more importantly how it aids in urban development. At the end of the article, you will have a clear idea of the Bihar State Housing Board, the Act under which it operates and some other basic necessary details.

Urban Development and the Bihar State Housing Board

The first question that pops into mind is how exactly does the board aid in urban development, right? Well, a major part of urban development is making sure that all the urban dwellers have proper places to live and take shelter in. this is the major responsibility of the Bihar Housing Board, i.e. to oversee all the projects and make sure that the common man has access to it to help them enjoy living of their own choice.

Thus, the board takes up the tasks of constructing multiple projects across the state and then distributing the houses to the masses, based on the applications that they receive. It is a long process where the allotment is done based on eligibility and credibility through a lottery system.

Important things to know about the Bihar State Housing Board

There are a few important pointers that one needs to take note of when it comes to the Housing Board Patna. What are these pointers? To begin with, let us first understand a little about the inception of this board.

It is a nodal agency which is responsible for taking care of the housing and development needs of the people of the state. It has been in place since the year 1972 and currently it functions under an Act known as the Bihar State Housing Board Act which was enacted in 1982. There are various clauses and subsequent sub-clauses of this Act as well, which you need to know about to make sure that you understand the functions as well as the limitations that this board has.

According to this Act, the entire state of Bihar, which in the year 1982, included Patna, will come under the purview of this Act. Which means that all areas which fall within the geographical boundary, defined as Bihar, then that would be a part of the Act. However, it is important to note here that, “…activities for house-building under the Mica Mines and Iron Ore Mines Welfare Funds” will be kept outside the functioning of this Act, since they are covered by the Coal Mines Labour Welfare Funds Act, 1947 (Act 32 of 1947).

The Act goes on to define some fundamental legal terms stating that it will come to force at once, signalling that this Act was enforced almost immediately it was passed.

The basic functioning of the BSHB Patna remains quite similar to the housing boards of various other states. The state authority will assign lands to the board and it will be their responsibility to ensure that they carry out the construction work on that land, and then through proper procedure, allot that land to those who seek to own a home of their own.

The people who are a part of this board are –

The process in which it is done is that Housing Board when they start building the project, they will let out notifications for people to apply and once they do, they will start allocating it based on a lottery system.

Q1. Does the board undertake commercial projects as well?

Ans. Yes, it takes both commercial and residential projects?

Q2. What is the offline mode of application?

Ans. If you want to apply for any of the schemes under the Housing and Development Board, then you will have to visit their office and collect the form from there, fill it up with all the required details and then submit it with the relevant documents. You will need proof of your residence in the state and the country as well. There are various clauses attached to it, which you will have to check out carefully before you go ahead with the application process since it also involves token money.

Q3. Can the leased properties of the Bihar Board be freehold?

Ans. According to news back in 2017, now the leased properties which are there under the Bihar Board can become freehold. Those who wish to purchase it will have to pay a one-time fee and then they will be able to have the property to their name.

Nitin Kumar
« Chandigarh Housing Board
Beyond Covid-19, will proptech make a leap for the better? »