Jaipur, being symbolic of the ethereal beauty and rich culture that our country treasures has earned the name of pink city. It also stands tall beaming with proud to be India’s first planned city. Situated in close proximity to the Capital City, it also tends to share a cultural connect with Delhi. The place offers lot to see and discover and lures a huge number of visitors hailing from different parts of world every year.

Here are top few places one must visit without a fail on their visit to Jaipur for the exotic experience. 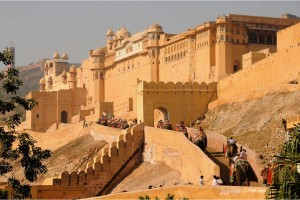 The magnificent architecture depicting flamboyant aristocracy evokes a picturesque beauty and tends to pull a good number of crowd from Delhi & cities of NCR like Gurgaon and Noida who keep on visiting this place frequently. Around 30 minutes’ drive from the downtown area, such as something out of a tall tale, Amber Fort is perched on a hillock casting a spellbound view of Maota Lake. It was the first home of Rajput eminence until city was developed, and encompasses a slew of various stunning royal residences, lobbies, greenery enclosures. 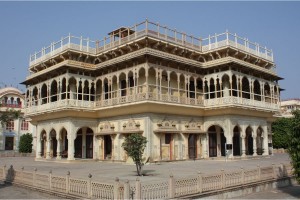 The picturesque City Palace serves as a vital manifestation of the glory and royalty. It incorporates prepossessing structures amidst the lush green gardens with a rare yet splendid combination of Rajasthan and Mughal style of structures. The enthralling beauty tends to cast a spell imbibing utmost serenity in the atmosphere. It makes for an ideal holiday spot for the people living in horn blaring place such as Faridabad and Ghaziabad as they will also rescue from the hassles of long journey. 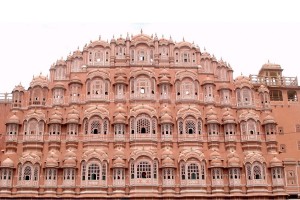 Hawa Mahal as the name suggests is also touted as the castle of winds. It is a royal residence with little windows on the external quantum which helps the blowing winds in the castle to change their temperature to coolest and does not permit hot winds to blow inside the royal residence. 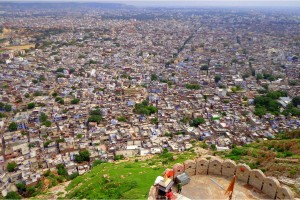 Nahargarh Fort is another jewel in the crown of Jaipur roosted high on the tough Aravalli Hills offering a scenic view of the awe inspiring City. It has also attracted a major chunk of Bollywood to shoot at these spots. For instance Rang De Basanti has been shot over here. The beauty can be best admired at time of dusk when the sun sets in casting a hazy glimpse of the city and looks amazingly beautiful lightened up brightly.  It also attracts a huge chunk of crowds from bustling cities like Mumbai, Bangalore and Chennai as it makes for ideal spot for an excursion with bistro on the premises serving brew and snacks until 10 p.m. 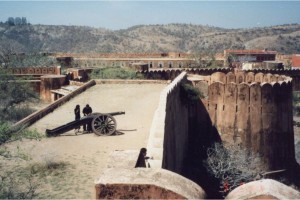 Jaigarh Fort flaunts the pride of being the victory fort gracefully, built by the valiant ruler Sawai Maan Singh III with a noble cause to provide protection to the golden fortress and the royal residence. The colossal Fort holds a great fascination for military beaus pulling a good number of visitors from NCR along with other nearby areas such as Ahmedabad and Pune. 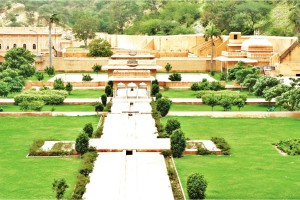 Sisodia Rani Garden is a divine example of elegance, beauty, purity and serenity. The nature is at its best loaded with the astounding amazes and perspectives of peace. The garden was built by the ruler Sawai mann singh II which personifies the affection for his beloved wife and high sense of spirituality depicting the untouched scenes of Radha Krishna life in the Hindu mythology. It lures a good number of people high on spirit from almost all the parts of India. Jal Mahal is an incredible piece of architecture and seems like a wonder standing amidst the culturally enlightened City. It is where the serenity dwells and enchants the visitors with its mesmerising aroma filled in the air- breaking the dull mundane of the horn blaring city.  This flamboyant residence seems to buoy in the focal point of Sagar Lake evoking a breath taking hue. It attracts a large number of crowd from outside the countries like Singapore, Malaysia and Australia who love to spot the wonders of the world.