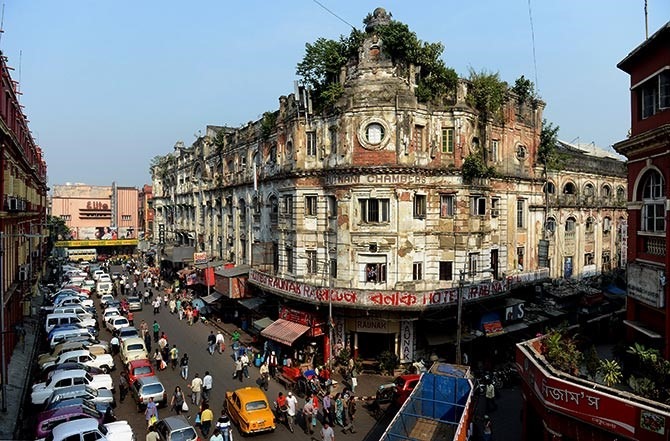 The West Bengal Government has reportedly given its in-principle assent to the modification/amendment of the Thika Tenancy Act. This act will potentially help the Government unlock a whopping 2,500 acres of prime real estate space in Kolkata and Howrah for redevelopment purposes. This equates to approximately 2,000 acres or 8 square kilometres of prime realty space in Kolkata. The land which is under the Thika Tenancy Act is slightly lower than the approximate size of any assembly constituency. It is divided between the Kolkata Municipal Corporation (KMC) wards of 1-100 or the older areas of the city which excludes zones like Behala, E M Bypass, Garia, Tollygunge and others. There are 517 acres in Howrah as well.

Real estate development is already on the upswing if you take into account well planned areas like Rajarhat New Town where premium real estate projects like Mani Artista and Tata Avenida are being developed or even in the Garia-Sonarpur-Narendrapur-Baruipur stretch or in parts of Howrah and even Tollygunge and the EM Bypass. Now, the land and apartment prices will be balanced out at more reasonable levels with the increase in overall land supply as a result of the modification of the Thika Tenancy Act according to experts. This will naturally create more demand since prices will be more balanced and the realty market will remain stable in Kolkata without skyrocketing prices to worry about.

This will naturally boost the real estate market in the city. Additionally, open spaces will increase for the development of community facilities and the skyline of the city will change for the better with residential buildings coming up in a planned manner over slum areas and other Thika zones under the jurisdiction of the Act.  CREDAI (Confederation of Real Estate Developers’ Association of India) has given a hearty welcome to this decision via its Bengal Chapter. According to top real estate developers in the city, the Thika Tenancy law was made to ensure protection for unauthorized land occupation and landlord rights were also compromised in several cases. In case the right of the landlord is given back along with securing rights of the thika tenants, this will be a mutually favourable decision. Several areas will be developed where people otherwise reside in a sorry state and the market will grow according to them. The Act needs modification to remove hurdles related to development of the slum areas in the city.

The way forward for modification of the Thika Tenancy Act

Urban Development officials have reportedly confirmed that there are innumerable thika tenancy cases between the bharatiyas and tenants which are already piled up in courts. There are 30,000 official thika tenants on the Government records although the enrolment figures are far lower than the actual count. The Government has several tasks ahead including identification of those who are genuine thika tenants and also bharatiyas. There are khatals which are abandoned and make up a considerable amount of land under this act. These are not supposed to have sub-tenants and the Government will find it easier to take over these lands.

Minister Firhad Hakim has already held talks with senior colleagues and other officials prior to unlocking the prime 2,500 acres throughout Kolkata and Howrah. The Government may also start with a survey of thika tenancy lands under the West Bengal Thika Tenancy Act of 2001’s Section 23 for working out the actual beneficiary count.

The Government may also help thika tenants get easy access to bank funding for developing residential structures by themselves. The Government is already considering a proposal for the appointment of fast-track adjudicators and additional controllers for speedily addressing piled up thika tenancy cases. KMDA may become the nodal agency for this mass housing project named Banglar Bari as per reports. The Government will also have to tackle situations where there are sub-tenants residing on thika tenancy lands without possessing any official claim on the same. A few cases may be considered by the State Government for humanitarian reasons in these scenarios.

Resident Editor
« Profiled: Square Yards Journey features at the Financial Express
Is Bandlaguda going to be the next big real estate hotspot in Hyderabad? »