Sprawling across 3 acres,4 Taljai Hills Phase 1 offers premium elevated 2 and 3 BHK Homes in the southern part of Pune. The location offers uninterrupted picturesque hill views and cool breeze throughout the day. These vastu compliant homes have finest lifestyle amenities and major hotspots nearby. Living in 4 Taljai Hills Phase 1 gives you the privilege of admiring the beautiful landscapes while being a part of the cityscape. Close to the city and nestled in the lap of nature, a new home awaits you at Forest Trails in Bhugaon. Welcome to Highland Tower 1 & 2 BR Apartments, a mesmerizing expanse of greens, spread across 90% open spaces, beautiful walkaways and and delightful experiences at the lifestyle club - The Cliff. Forest Trails is where you discover bliss. 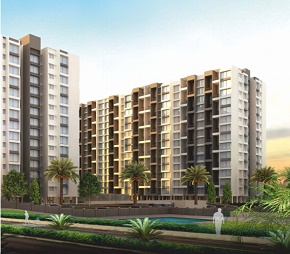 Live in a delightful location with the best connectivity and alluring lifestyle. At Ganga Aria, life offers you more than your expectations. The project is located in a prime location and offers great connectivity to all areas of Pune. There are more than 20 lifestyle amenities perfect for the whole family. The spacious and well-ventilated apartments are perfect to call home. Indulge in luxury and revel every moment at Ganga Aria by Goel Ganga Developments. Godrej RiverHills is the upcoming Phase-III of Godrej Hillside Residential Project at Mahalunge Pune. Godrej Hillside is an ideal township offering 1 BHK, 2 BHK, and 3 BHK. These houses at Godrej River Hills Mahalunge are a positive feeling of gift where one could guarantee a splendid future. 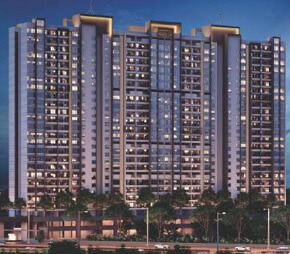 Perfectly designed with no compromise to luxury and comfort, Paranjape presents Trident Towers. Spacious homes laden with all modern amenities and close to the IT hub of Hinjawadi. Innovatively designed and splendidly appointed with fancy flooring, branded fittings, exquisite interiors, etc., these fabulous homes promise a global lifestyle. Live in a home that is bang on style, and bang on location too. Hurry up and book your home now!

Strategically located near Hinjewadi, the IT hub of Pune, Kolte Patil Life Republic is a township with acres of undulating greens. Life Republic, is a sprawling luxury enclave of magnificent apartments that offers you the kind of life that rejuvenates you, the one that inspires you to live life to the fullest. Just 4.5 km away from Hinjewadi IT Park, these beautifully crafted homes with all the modern amenities are thoughtfully designed to offer an opulent lifestyle. 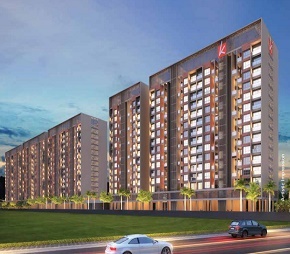 Kohinoor Sapphire 2 is an elegantly designed Project by Kohinoor Group, one of the renowned developers in Pune. The project is strategically located in Tathawade, Pune with access to everyday conveniences and lifestyle comforts. Kohinoor Saphire 2 is a smartly planned project featuring premium 2BHK residences designed to fill homes with positive vibrations and keep negative influences at bay. 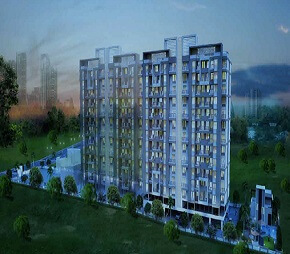 ₹ 52.23 Lac to 65.00 Lac
Mid Stage
Krisala 41 Elite 2 is an exclusive Project located in Tathawade, Pimpri Chinchwad PCMC and well connected by major road(s) like MumbaiBangalore Highway, Kalewadi Main Road. The total area in which Krisala 41 Elite 2 has been built is 1.51 acre. This project has been developed by Krisala Developers who are one of the reputed developers in the Pune. The Project current status is Mid Stage. It has 92 Units. The Apartment units are available in various configurations like 2 BHK Flats at a minimum price of Rs 52.23 L and maximum price of Rs 65.00 L with Property Size ranging from 622 Sqft to 825 Sqft. 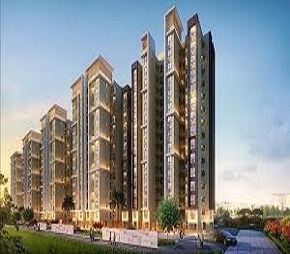 ₹ 58.61 Lac to 66.19 Lac ₹ 8721 Per Sq. Ft Onwards
Mid Stage
Shapoorji Pallonji Joyville Hinjewadi is an a beautiful Project by Shapoorji Pallonji who are one of the renowned developers in Pune. It is located in Hinjewadi, Pune West and well connected by major road(s) like Hinjewadi Road, MumbaiBangalore Highway. Shapoorji Pallonji Joyville Hinjewadi is spread across 8.16 acre. The Project has 1026 Units. The status of the Project is Mid Stage. The flat units on sale are available in various configurations like 2 BHK Flats at a minimum price of Rs 58.61 L and maximum price of Rs 66.19 L with Property Size ranging from 672 Sqft to 759 Sqft. 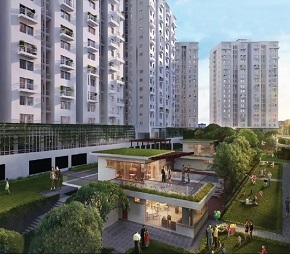 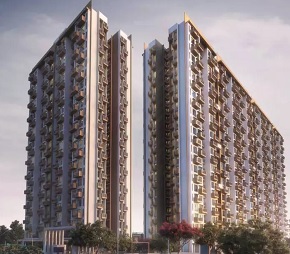 ₹ 41.37 Lac to 64.25 Lac
New Launch
Kohinoor Coral Phase 3 is a excellent Project developed by one of the Pune well known Developers Kohinoor Group. It is spread across 4.2 acre. The various configurations in which the flat units are available on sale in this project are 2 BHK Flats at a minimum price of Rs 41.37 L and maximum price of Rs 64.25 L with Property Size ranging from 610 Sqft to 710 Sqft. The Project is primarly located in Hinjewadi, Pune West and well connected by major road(s) like Hinjewadi Road. The Project has 432 Units. The Status of the Project is New Launch. 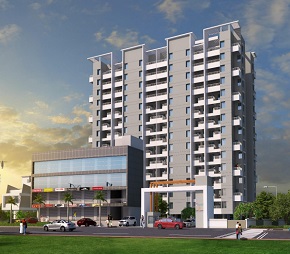 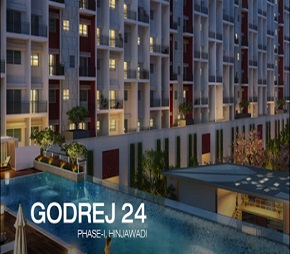 ₹ 78.07 Lac to 90.70 Lac
Mid Stage
Godrej 24 is an exclusive Project located in Hinjewadi, Pune West and well connected by major road(s) like Bypass, Hinjewadi Road. The total area in which Godrej 24 has been built is 7.39 acre. This project has been developed by Godrej who are one of the reputed developers in the Pune. The Project current status is Mid Stage. It has 815 Units. The Apartment units are available in various configurations like 2 BHK Flats at a minimum price of Rs 78.07 L and maximum price of Rs 87.00 L with Property Size ranging from 690 Sqft to 900 Sqft, 3 BHK flats at a price of Rs 90.70 L with Property size of 1160 Sqft. 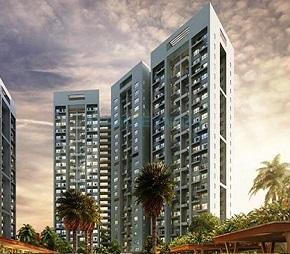 Price on request
Early Stage
Kohinoor Jeeva is a budget friendly Project located in Bibwewadi, Pune Central and well connected by major road(s) like Bibwewadi Kondhawa Road, Katraj Kondhwa Road. The total area in which Kohinoor Jeeva has been built is 1.12 acre. This project has been developed by Kohinoor Group who are one of the reputed developers in the Pune. The Project current status is Early Stage. It has 65 Units

Know More About Flats in Pune

Thinking of buying apartments in Pune? You have definitely come to the right place! SquareYards is your one stop destination for the best apartments in the city spanning multiple budgets, categories and other preferences. Pune is the second largest city in the state of Maharashtra after Mumbai and offers excellent civic and social infrastructure. The growing IT and business hubs of the city have also contributed towards increasing demand for housing solutions in the city.

SquareYards helps you find the perfect flat in Pune for your needs on the basis of several parameters. You can easily get the best apartment in Pune as per your own locational preferences, preferred connecting roads near the property, developer, any other project attributes that you want and of course, your desired unit configuration and other specifications. You will find several newly launched projects and ready to move projects along with pre launches that contain apartments of your liking. You can find affordable housing solutions in Pune in addition to mid range, premium and luxury apartments as well. Property rates in the city usually range between INR 2, 750 and 16, 500 per sq. ft. on an average.

Pune is famous for its thriving automobile sector which comprises of companies like Mahindra & Mahindra, Renault, Mercedes Benz, Force Motors, Tata Motors, Jaguar, Volkswagen, General Motors and Fiat in addition to several component suppliers. The Hinjewadi IT Park is a major business zone and houses several leading companies. The World Trade Centre and International Exhibition and Convention Centre are major business landmarks in Pune while Microsoft will be setting up a big ticket project in the city as well. The Lohegaon Airport is one of the busiest in the country while a new International Airport has also been proposed by the authorities. This has also scaled up demand for Pune apartments, particularly amongst investors.

Overall connectivity is taken care of by the PMPML bus network in addition to the metro railway network which will soon start operations in the city. Three National Highways, namely 9, 50 and 4 pass through Pune while there are several state highways as well. The Katraj-Dehu Road Bypass and Old Pune-Mumbai Highway are major roads for residents along with the Ring Road. Pune offers great social infrastructure as well in terms of educational institutions, banks, hospitals, restaurants, shopping malls, stores, entertainment zones and recreational areas.

You can now buy quality apartments in a jiffy with the help of SquareYards. SquareYards helps you get the best apartment in Pune as per your own needs and desires.