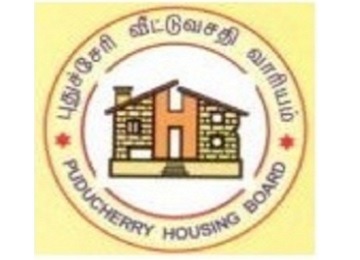 The schemes of the housing board are usually promoted with finance from financial institution like HUDCO.  Occasionally these schemes are also supported by the funds of the Board. There is Puducherry Planning Authority Rules and Puducherry Planning Authority Bye-Laws to govern various Government-regulated housing schemes for the needy and homeless.

The Puducherry Housing Board was formed under a special Act i.e., the Pondicherry Housing Board Act, 1973 (No.7 of 1974) with the consent of the President of India. This was done to solve housing shortage problem by promoting housing and other connected schemes. There is an official website that provides additional information.

Puducherry Housing Board is a premier housing agency in the Puducherry Union Territory. It was formed to provide a house to the homeless poor. It also builds houses for middle income and high-income categories. The Puducherry Housing Board has so far constructed4971 houses. Out of this, 830 are for EWS of the Society.   In addition to the construction of houses, the Board has developed320 plots and sold them.

What is Government Housing Board?

The housing industry of India is one of the fastest-growing sectors. Ever increasing population base, income levels rising and fast urbanization has lead to expansion in this segment. Within the Federal structure of India, the matters relating to Housing & Urban Development are on the State lists and the Union government becomes responsible for formulating and implementing social housing schemes. The part on housing explains different government housing schemes and initiatives, implemented for both rural and urban as well as EWS of the society.

What is the role of Puducherry Urban Development Agency (PUDA)?

Puducherry Urban Development Agency is a Society registered under the Societies Registration Act, 1860 – vide Registration No.240 of 1998 after getting the approval of Government, vide G.O.Ms.No.63/98-99/LAS, dt.07-08-1998 of the Local Administration Secretariat, Puducherry.

What is Puducherry Planning Authority?

Puducherry Planning Authority is a body under the government that regulates the planning and infrastructure development of the areas under the municipal region of Puducherry.

What is Puducherry Housing Board Application Procedure?

What is The Pondicherry Town and Country Planning Act, 1969?

Who is responsible for Puducherry Planning Authority Master Plan?

Name of the Department -Town and Country Planning Department

Functions of the Town and Country Planning Department

What are the functions of PUDA?

Monitor the programme and assess it (MIS).

Planning, coordinating and monitoring of the State Training Plan.

Mobilize resources and decide allotment based on the requirement and performance.

Report monthly programme status or as required to the Department of MoH & UPA.

What are the highlights of Puducherry Housing Scheme?

The Government of Puducherry has initiated a housing scheme for providing houses for people of the economically weaker section and those deprived of the basic housing facilities there. The Puducherry Department of Housing Board is accountable for allocating the beneficiaries individual flats. In this article, we look at this housing scheme in detail.

Highlights of the Scheme

The following are the highlights of the housing scheme:

What are the Scheme Details?

The Government of the Puducherry declared this scheme for the poor people of this union territory. Being a scheme with one of the largest housing budget the department of housing board give financial help to beneficiaries under the scheme.

What are the Eligibility Criteria?

For applying under this housing scheme the eligibility criteria are listed below:

The applicant needs to be a permanent resident of Puducherry.

Those people living Below Poverty Line (BPL) are qualified to apply.

Documents required while applying for the benefits under the scheme are: