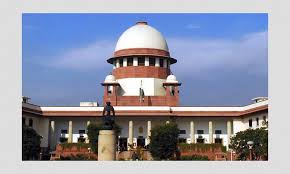 Here’s more clarity on the 2005 law that was an amendment to the Hindu Succession Act, 1956. This says that the daughter would have the same rights on the ancestral property as the son, no matter if she was born before or after the amendment. The clarity came recently as a result of a 3-judge bench headed by justice Arun Mishra.

The bench also ruled that the daughter couldn’t be denied her share basis the fact that her father passed away before the law actually came into effect.

The provisions that are a part of the substituted section 6 of the Hindu Succession Act, 1956, confer status of coparcener (shareholders who inherit properties) on the daughter (no matter if she was born before or after the amendment) in the same manner as son with same rights and liabilities. Since the right in coparcenary is by birth, it is not necessary that father coparcener should be living as on 9th September, 2005 - the date when the law came into force.

20th December, 2004 is when the amendment Bill was put on table in the Rajya Sabha. To ensure that this decision does not lead to reopening of earlier family settlements or partition suits that have already been decided on, the 3-judge bench decided not to reopen any registered settlement or partition suit decreed prior to this date.

The bench has set 6 months as an outer limit for courts to pronounce the final decree in such open cases.

When in 2005, many daughters approached the high courts claiming their share under this law, they were denied benefits on the ground that their fathers died before 9th September, 2005. This has then become the law where many women afterwards were denied what was rightfully theirs.

However, the apex court, headed by a 3-judge bench, overruled this decision recently. It clarified that the right in coparcenary is by birth and hence whether the father coparcener is living or dead as on 9th September, 2005 doesn’t matter. Further, the court also made the law applicable to daughters born prior to the commencement of the Act, thus bringing about a reform.

It further clarified that if the daughter seeks partition or a share in the family property, it can’t be denied on the basis of an oral family settlement but on a final decree of a court or a registered family settlement only.

While this move has been welcomed wholeheartedly by women, there’s something to ponder about too. This law also includes married daughters. Coparcenary rights also come with family responsibilities and liabilities, including the ones that are headed by fathers, like family debt. If the rights are extended to the daughters, so will be the liabilities. In certain cases, the husband of a married daughter may refuse to bear the financial burden.