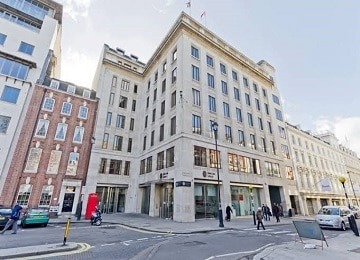 Several Indian real estate developers have been reporting quite a few mega property deals of late with most of them happening in Mumbai, the costliest housing market in the country. Builders in India are now shaking off their stupor and looking for ways to combat the liquidity crunch at a time when the real estate sector is steadily finding more buyers and pro-active Government policies are hitting the mark in terms of rising customer interest.

At this juncture, there are several real estate players who are looking to divest off-shore assets in order to tide over the liquidity crunch and stay resilient in the Indian housing market. Indiabulls Real Estate is one of these firms which has recently concluded a mega deal overseas.

As per latest reports, Indiabulls Real Estate has confirmed that its subsidiary (fully owned) has sold its whole stake owned in Century Limited to Cliveside Overseas. Century Limited is the indirect owner of the premier Hanover Square property at London. The promoters of the Group had previously sold 14% of their stake. Indiabulls Group has already been tiding over a recent setback when their proposal for merging with Lakshmi Vilas Bank, the beleaguered private sector player, was turned down by the Reserve Bank of India (RBI).

Indiabulls Real Estate has sold the London property to Cliveside Overseas, a group firm of a developer, for approximately Rs. 1,830 crore or 200 million pounds. This is part of the Group’s blueprint to emphasize more on the Indian real estate market while reducing debt at the same time. At the AGM (annual general meeting) of Indiabulls Real Estate which took place on the 28th of September, 2019, the shareholders of the company had agreed to this proposal for selling off the property in London. Century Limited is no longer a subsidiary of Indiabulls Real Estate. The company has notified shareholders previously at its AGM about the sale, stating reasons such as the sluggish nature of the real estate market in London on account of Brexit and the overall uncertainty that it has generated in the market. The company has also highlighted the consistent depreciation of the British pound right from the time of the referendum results related to Brexit.

The company has also confirmed that ongoing construction at the 22, Hanover Square property at London would only be completed with a further 133 million pound loan. Yet, this extra debt will not be added to Indiabulls Real Estate’s balance sheet as part of its plans. The company will now focus more on the NCR (National Capital Region) and Mumbai housing markets and this change in strategy led to the authorization of the company’s stake by the board.

Some other key details about this development

The company promoters agreed to buy the property in London for the amount stated while its cost of acquisition stood at 161.5 million pounds previously. The promoters of Indiabulls Real Estate sold a stake of 14% in the company earlier in June, 2019, for Rs. 950 crore to Embassy Group via open market transactions. This was part of the blueprint for emphasizing more on financial services and real estate markets in key Indian locations.

There was immense speculation about the future of the merger proposed between Indiabulls Group and Lakshmi Vilas Bank which was rejected by the RBI previously. The merger was first announced in April, 2019 post the imposition of restrictions by the RBI on Lakshmi Vilas Bank owing to its poor financials. For its foray into the banking sector, Indiabulls Group has already been in the process of selling off multiple completed commercial projects to Blackstone, the United States headquartered private equity player.

With these measures, the Group hopes to reduce debt, concentrate on the core financial services business and take strategic decisions related to its real estate business in the near future.

Resident Editor
« Doing up your dream home- From interior design and furnishings to top-up loans
How was Diwali this year for the Indian real estate sector? »