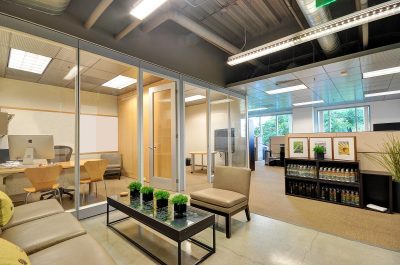 As a part of our continuous series on tracking the Global office real estate, the given edition will underscore the current office real estate industry in the North America, primarily consisting of USA & Canada.

USA is now once again emerging fast on the global real estate landscape. USA economy is witnessing growth, driven by rise in wages & employment. It is estimated that in Q3, 2016, a total of over 320,000 new jobs have been added in the USA market, along with a rise in wage of 2.4-2.7%.

The manufacturing sector appears robust, with the Purchase Manager Index (PMI) standing at 51.9 for the month of October. It is significant increase from the beginning of 2016, when the PMI was at 48.2. 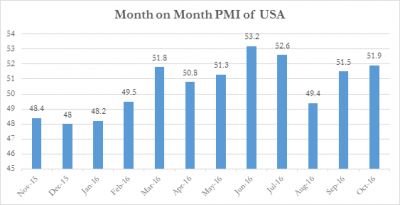 As per the quarterly report published by JLL, a total of around 8.9 million Sq. Ft of office space has been absorbed in the CBD & suburban space of USA, taking the Year to Date (YTD) absorption at over 35 million Sq. Ft. The rental yields have appreciated by around 1% on a Quarter on Quarter (Q-o-Q) basis.  Around 47% of the transactions are high ticket size deals consisting of over 20,000 Sq. Ft. of space.

Major appreciation has been seen in markets such as Philadelphia, Detroit & San Diego. A significant portion of the demand curve is stimulated by the technology sector & similar sentiments could be expected in the coming time.

On a sector- wise basis, it is expected that after moving down the slope for the last two years, the energy sector might be headed for turn around. Although the election of Donald Trump might add some small degree of non-linearity & contingencies about the prospects of USA economy, any possibility of a near-term change might be negated. The job market is expected to expand & that should sustain the present transaction velocity.

It would be too early to cast a judgement on how Trump’s policies are going to make an impact on the US real estate industry in the mid-term. Certain quarters believe that his insistence on cutting down the interest rate will push the economy thereby adding momentum to the real estate industry. Similarly, changes in the Dodd-Frank financial regulation, can lift the compliance costs on around 10,000 banks that is a powerful channel for real estate developer’s funding in USA. A better banking system should be healthy for the overall health of the US real estate industry.

On the other hand, a possible sanction on the trade policies might intensify the current trade & account deficit thereby unfolding a slowdown in the US economy & its real estate industry in the mid term. But as said earlier, nothing could be said with confidence at present.

Like USA, Canada has been approaching ahead with a strong & stable economy that is pushing ahead the demand for quality office space. As per the estimates made by Square Yards Global Intelligence Cell (GIC), Office real estate in Canada has received a total investment of near around USD 7 billion in Q3, 2016. The Canadian office real estate is propelled by gateway markets such as Toronto & Vancouver.

The demand is emanating from surge in construction & real estate, technology, professional services & a host of various other sectors. Like many other major real estate markets across the globe, Canadian real estate is also witnessing flight to quality.

Resident Editor
« End of Black Money : What next for Indian Real Estate
Currency demonetisation to shake up real estate for sustainable growth »