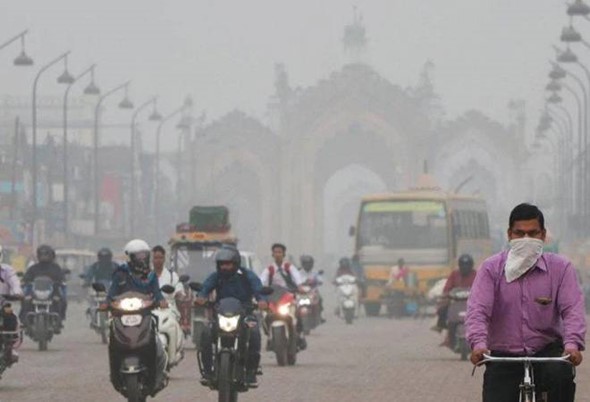 Delhi pollution guidelines for society and apartments must be adhered to by all means in a bid to control the alarming pollution increase in the National Capital and its surrounding areas.

Delhi air pollution has been a huge matter of debate over the last 2-3 years, with levels rising alarmingly ever winter season, throwing the authorities into overdrive and citizens into a state of panic with a major spurt in respiratory ailments and other diseases as well. The Central and State Government authorities including the Department of Environment and National Green Tribunal (NGT) have been taking several measures to combat air pollution pro-actively while issuing specific guidelines for several sections of society including apartment complexes, vehicles, public transportation systems and households alike.

The Delhi pollution guidelines for society and apartments are required to be followed stringently by these housing societies. In a recent development, the NGT (National Green Tribunal) imposed penalties on 7 such housing societies in Delhi for waste generation in bigger quantities and not adhering to regulations for solid waste management. The NGT bench imposed an environmental penalty on these societies to the tune of Rs. 10,000 each which would be paid to the Delhi Pollution Control Committee within a period of 2 weeks. All compliance would be needed with regard to installation of anti-pollution devices and adherence to environmental regulations within a period of 6 months as well.

Key guidelines and aspects worth noting

All housing societies are required to adhere by certain waste-related guidelines for combating Delhi air pollution. They are required to collect waste in their locality in a segregated system while making sure that it is suitably carried to the dumping site which has been identified by the authorities. The societies that were show caused previously by the NGT include renowned ones such as Jawaharlal Nehru Cooperative Group Housing Society Limited, Neelkanth Apartments and also the Police Colony. Action will be taken against all housing societies and other bodies for unsuitable treatment and management of sewage and for lacking systems for recycling waste.

The committee examining these matters has representatives from Ministries of Environment and Urban Development along with the Medical Council of India, Director General of Health Services, Delhi Government, Municipal Corporation, Central Pollution Control Board, Delhi Pollution Control Committee and Railways. There are four independent experts as well. It is examining and inspecting all cooperative group housing complexes and societies with more than 300 apartments, markets, shopping malls, hospitals and hotels.

What CSE has stated

The CSE (Centre for Science and Environment) has released new results from its surveys and analysis regarding trends on air quality in Delhi. According to the CSE, the clean air action blueprint and response driven plans led to stabilization of air quality and reduction in Delhi air pollution while leading to an increase in the number of days with cleaner quality of air along with smog pattern changes.

The Central Pollution Control Board has submitted information to the Parliament, showing how 3-year average figures for PM2.5 levels actually were lower by 25% in 2016-18 as compared to 2011-2014. Yet, post this heartening trend, Delhi faces challenges pertaining to reducing 65% of pollution from the present baseline figure.

Genset ban to be a game-changer

The DPCC or Delhi Pollution Control Committee has declared its ban on usage of fuel powered generators or generator sets from the 15th of October, 2020, in light of the GRAP (Graded Response Action Plan) which comprises of anti-pollution guidelines including pre-emptive steps for arresting a slide in air quality. Generator sets are banned for use across multiple capacities, including those running on petrol, diesel or kerosene until further intimation. The exclusions are only applicable for those generators which are used for emergency or essential services. GRAP will be further enforced without any concessions being made as per the authorities. Generator sets will not be allowed in Delhi and neighboring cities and areas including Noida, Gurgaon, Ghaziabad, Greater Noida and also Faridabad. The exceptions will only be Delhi Metro, hospitals, elevators, railways and airports.

Residential colonies will have to strictly abide by this regulation and State electricity boards have been directed to provide supply on a 24 hour basis for helping avoid the need for using these generator sets. Many residential societies are dependent on these generator sets for fulfilling power requirements but they will now have to start depending completely on electricity supply boards instead. A pollution tracking authority of the Supreme Court has also made it repeatedly clear that no relaxations will be allowed apart from essential services. It has also directed citizens to question their respective State Governments in case of power shortages/outages in residential zones. The Delhi Government has already notified the GRAP that will be implemented strictly throughout Delhi-NCR and its major cities and towns. State Governments have responded by stating that they are supplying electricity for approximately 23.5 hours every day. They should be questioned in case of power supply disruptions according to Bhure Lal, the Chairman of the EPCA tracking body notified by the Supreme Court.

The decision will reportedly impact hundreds of residential societies and apartment complexes in Delhi-NCR which majorly depend on gensets for power backup on a regular basis. There are still several housing societies which fully depend on generator powered electricity supply owing to the absence of steady power connections. Director General at the Centre for Science and Environment and member of the EPCA, Sunita Narain, has also stated that the EPCA is abiding by all major recommendations that have been given by the CPCB (Central Pollution Control Board). No relaxations will be entertained for housing societies according to her and other authorities in the National Capital.

Cost of Living in Delhi

IGRS Telangana Services for all Citizens