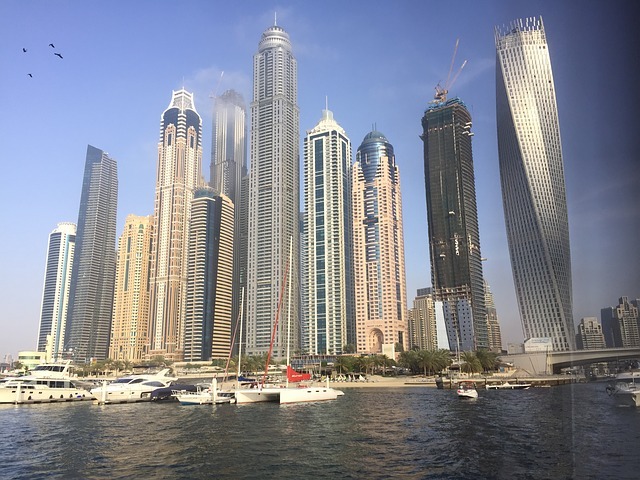 With gradual opening of Iranian economy & lifting of economic sanctions in the times to come, it is anticipated that there will be considerable reconfiguration in the regional investment patterns.

Previous year in April in 2015, Iran had negotiated deals with major global forces including USA, Russia, China, France, UK & Germany. These deal has stipulated to lift the ongoing economic sanctions on Iran under the condition that Iran will roll back all its nuclear adventures.

Once, the sanctions will be completely lifted, Iran will be reintegrated into international trade & reconnect with international financial markets. A remerging buoyant Iran will also entail significant impact on the regional real estate dynamics.

Dubai on account of its geographical proximity to Iran strong trade tie-ups & its status as a regional hub of trade, tourism & investment is well positioned to leverage the new change in regional dynamics.

Investments in Dubai in the Past

In the past as well, Iranians have been investing in the Dubai real estate with prime focus on micro markets such as Emirate Hills & Dubai Marina. However, as it is very difficult to move money to & from Iran, due to the sanctions, Iranian investments in Dubai has been going down the slope the sanctions have been imposed.

It should be noted that before the ban, Iranians were the fourth largest Investor community in Dubai real estate market after India, Briton & Pakistan.

Iranians were also the biggest cash buyers in Dubai market accounting for around 12% of the cash deals in 2012. However, compare this with just 3% of cash deals in Q1 2015- a drastic decrease.

Additionally, as the ban had difficult for Iranian nationals to avail loan from UAE based banks, Iranian interest in Dubai’s real estate further suffered.

However, after the removable of the sanction, the trends are expected to reverse. A total investment in tune of USD 13 billion will be made into UAE, according to estimates by IMF. This will translate into over 1% of GDP gain for the second largest GCC economy.

It is believed that a large amount of money is parked in Iran. Once the sanctions are lifted completely, these capitals will start finding its way into Dubai & other regional investment hubs, with real estate being one of the prime receptors of capital inflow.

Other than residential, there could be an increase in demand in the commercial asset classes as well. Money movement out of Iran will imply that Iranians will look forwards forward to start their own ventures & as an epicenter of the Middle East region, Dubai will be natural choice. This should translate into increased sales of small commercial units in micro-markets such as International Media Production Zone (IMPZ), Business Bay, JLT & much more.

The real estate sector in UAE will also benefit from the fact that, lifting up of sanctions will hugely benefit the Iranian economy as well as there will be pick up in trade & financial flows. A rise in economic well-being will again indirectly benefit the UAE economy & its real estate sector as both the nations have been traditional business allies. Even during the times of sanctions Iran & UAE remained as strong trading partners with Iranian trade with UAE estimated over AED 60 (USD 16.35) billion in 2014

In fact, Iran had started to ramp up its oil production with present extraction in tune of 3.7 million Barrels per Day (BPD).

Over USD 100 billion of Iranian assets are unfrozen. Post removing of sanctions, Iran can have access to this capital & it could be used to ramp up its trade & infrastructure, giving further boost to its economy.

The Iranian investment in Dubai/ UAE real estate can also be explained on the basis of the large volume of Iranian expatriates living in UAE. Presently over 400,000 Iranians stay in the gulf country. Likewise, around 9,500 Iranian companies are registered in UAE.

An Economic Turn Around

Iran with a population of around 80 million & a GDP size of USD 400 Billion, is an emerging economy. After the global sanctions, the economy contracted by around 10% during 2012-13. However, as discussed above, the numbers might change positively after the sanctions are removed. Due to a lower economic base & surge in oil export, Iran might offer a GDP growth rate in tune of 6-8% in the times to come.

An increasing oil production has already started making positive impacts on the economic health of the nation.

However, it also depends on how the lifting of ban will shape up in the times to come. At the time, when the report was written down, USA is far from completely lifting the financial bans, with only the nuclear bans being lifted. Iran’s regulatory framework is also believed to be very outdated & not in tune with international standards. A lot depends how well the political & economic tactics are played between Iran, other regional players & global power centers, leading to a state of general wellbeing.

Nevertheless, the fact cannot be denied that constructive steps are being taken towards this direction, with the latest one being introduction of credit cards in Iran, a phenomenon that was not seen before.

Chances are high that in the times to come, passing through convoluted passages of international geo-politics Iran could secure better a better economic deals for itself. This will surely be a boost to the regional economics, with the real estate being one of the key beneficiaries.